With a few days to assess damages from Hurricane Ida, it's clear there will be lost productivity for the grain elevators on the lower Mississippi River that account for roughly 61% of soybean exports and 68% of corn exports.

The November soybeans contract and December corn contracts play multiple roles in setting prices for producers because they tie into price guarantees for some crop insurance plans.

John Griffith, senior vice president of global grain marketing at CHS, told DTN on Friday the cooperative's 6.4-million-bushel (mb) capacity grain terminal at Myrtle Grove, Louisiana -- the most southern grain terminal on the Mississippi River -- has no structural damage and crews could begin cleanup as early as this weekend with the aid of some generators. Griffith credited CHS staff for preparing the facility before the hurricane.

"We're happy that we're able to access the facility now," Griffith said. "We've had boots on the ground, to do an initial assessment of the facility, and we're happy that the asset is structurally intact. Our next work that needs to happen now is really just the cleanup."

Entergy, the company that operates the electrical grid in the region, has restored power to about 225,000 customers, roughly one-quarter of the estimated power outage in the region. Entergy estimated Friday it would have power to parts of the parish (county) for Myrtle Grove possibly by Sept. 7.

"Without power at the facility, and road access, and employees, that's certainly going to be a challenge to get the cleanup process started, but we're confident that we'll get that started in the next several days," Griffith said. He added, "Power remains the major issue in the region, but we'll be standing up temporary power at the facility this weekend to facilitate both the cleanup and the testing of the equipment."

Mike Steenhoek, executive director of the Soy Transportation Council, said the recovery time for infrastructure damage will be critical to follow, once power is re-established in most places. As far as obvious damage and repair needs, Steenhoek pointed to the Cargill Inc. grain terminal near Reserve, Louisiana. That facility has 6 mb of capacity and is also capable of loading two ships at the same time. But the facility has damage to its conveyor system.

"That's the big question," Steenhoek said. "Look at the images, you know it's going to take more than two guys and a couple of toolboxes to fix it. That's going to take a while, but will it be weeks or a month."

Each one of those major terminals may handle 7% to 8% of soybean exports, on average. "So, each one of those facilities is pretty significant. You can divert flows of grain and it's great to have that redundancy, but any time you shift soybeans from its preferred route to an alternative route, there are going to be costs associated with that."

Cargill's media office did not respond to questions Friday from DTN on the company's damage assessments.

ADM's media relations office stated Friday the company has reached the majority of its employees affected by the hurricane, but still was working to contact a handful of employees since there are continued issues with cell service in some areas. ADM has completed some initial assessments on its four grain elevators in the region.

"There is damage to office buildings and other structures on our property, but we have not yet found any significant structural issues at any of the facilities," ADM stated. "However, we cannot finalize our inspections until power is restored, so there may be issues we have not yet discovered. We are communicating regularly with Entergy and continuing to work on potential interim power solutions. We will have an estimate for reopening our operations once we can determine the timeline for full power restoration at our facilities."

Until late Friday, a key halting point on the Mississippi River had been a three-mile stretch near the Huey Long Bridge into New Orleans -- a stretch from river mile markers 105 to 108 -- where downed electrical transmission lines and towers were posing a threat, causing the U.S. Coast Guard to prohibit all vessel operations in that area until the transmission lines could be removed. On Friday, those power lines were removed, allowing more open access on the river. Navigation remains limited north of mile market 108 with slower speeds and limits on the volume of barges.

The number of days it takes for the grain industry to get facilities back up will be days of lost productivity that have to be made up over time, Griffith said. All of this comes as southern producers continue harvest and farmers farther north on the Mississippi River and its tributaries begin harvest as well.

"Harvest is right around the corner and this becomes a very busy time for the port range," Griffith said. "Getting these facilities back up and running is a top priority."

Some business will be moving to the Pacific Northwest. The ports in Texas also were not as affected by the storm, and there are options such as looking at ports along the East Coast for grain movement as well. "The industry is pretty efficient at optimizing capacity and mitigating some of those impacts," Griffith said.

Still, the Mississippi River ports are responsible for roughly 300,000 metric tons of grain exports per day. So, every missed day is a missed opportunity.

"But for the core of the corn and soybean harvest, the port range should be back up and operational," Griffith said. "There will be barge disruptions and flow disruptions that we'll have to overcome, with time, but these are disruptions that the industry is used to. And we know it just takes time to get things back to normal."

On a different note, organizers of Commodity Classic sent out an update Friday. The event is set for March 10-12, 2022, in New Orleans. So far, those plans remain in place. Classic organizers stated the flood-protection system designed after Hurricane Katrina worked as planned, protecting homes and businesses within the city.

"The prayers and good wishes of Commodity Classic continue to flow to our friends in New Orleans and the Gulf Coast region in the aftermath of Hurricane Ida. We have been in continuous contact this week with our partners in the City of New Orleans. Due to their hard work, resiliency, and world-class preparation and training, the city was well-prepared for this week's hurricane." 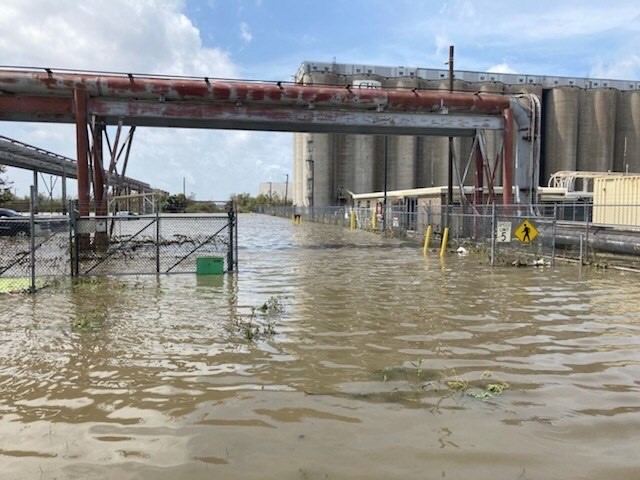