NASHVILLE, Tenn. (DTN) -- In the middle of the U.S. Senate's flurry of amendments and votes this week on a $3.5 trillion budget reconciliation resolution was a unanimous vote to protect farmers and ranchers from proposed higher taxes on capital gains.

The U.S. Senate voted 99-0 to accept an amendment by Sen. John Thune, R-S.D., that would protect owners of businesses, farms and ranchers to pass on land without imposing capital gains on the appreciation and value from the prior generation. Changing the law on stepped-up basis would "hit generationally owned enterprises hard, particularly in rural communities, and it could force families to sell off part of the farm or business just to pay the new tax," Thune said when he brought his amendment to the floor.

Senate Finance Chairman Ron Wyden, D-Ore., said after Thune introduced his amendment that Democrats "take a backseat to no one standing up for family farmers, ranchers and small businesses." Wyden noted Biden had said farms and ranches would be protected under any changes to stepped-up basis. Still, Wyden cautioned against allowing the wealthiest Americans off the hook from higher taxes.

"Capital gains reform is about ensuring the wealthiest pay their fair share," Wyden said. He added, "On our watch, hopefully billionaires cannot plant a few tomatoes and call themselves a family farm."

The U.S. Senate voted early Wednesday in a 50-49 vote to begin the budget reconciliation process with a $3.5 trillion plan that includes an array of federal programs. The memorandum sent out to Democratic senators for every committee showed the Senate Finance Committee would be looking for tax offsets through corporate and international tax reform; tax fairness for high-income individuals; IRS tax enforcement; health-care savings; and a carbon polluter import fee.

As part of the reconciliation resolution, the Senate also voted 98-1 to prevent tax increases that would violate Biden's repeated promise not to impose a single penny in tax increases on people making less than $400,000 a year.

Without the benefit of being glued all night to C-SPAN, cattle producers and tax policy experts at the National Cattlemen's Beef Association meeting in Nashville also talked extensively about the tax proposals floating around Congress and their potential impact.

Leroy Startz, chairman of NCBA's Tax and Credit Policy Committee, said that in 20 years of coming to the tax-policy meetings, he had never seen so many people participate. "It's a sign of what we are facing today," Startz said.

Detailing some of the impacts of tax proposals at NCBA was Tina Barrett, executive director of Nebraska Farm Business Inc., which focuses on improving the profitability of Nebraska farms and ranches through financial management.

-- Increase the capital gains tax rate, which now ranges from zero to 20%, depending on income. People making more than $1 million would be taxed as ordinary income at the 39.6% rate. This would mark a shift in tax policy as capital gains have always been taxed at lower rates than ordinary income.

In a lot of cases, the most common times farmers would face some of these tax changes is when they would sell land, Barrett said. She offered an example of a sale of land that with $1.68 million in capital gains on top of about $100,000 in Schedule F income, would see the effective taxes increase about $80,000.

The bigger issue proposed is the transfer tax -- a tax on unrealized gains at the time when the asset is transferred to someone else. That land with a $1.68 million gain now can be gifted and there is no tax, though it reduces the federal exclusion of assets that is passed with an estate. The estate exclusion through 2025 right now is $11.7 million.

There were a lot of questions about the potential details of the transfer tax, including defining what "tangible personal property" would mean. Currently that could include tractors, combines and breeding livestock, but it's unclear if that would change.

"So, we don't know if that exemption applies to those assets," Barrett said. "And that's something, again, that would make a big difference."

The transfer tax as proposed would have a $1 million individual exemption in gains without taxes.

Thune's amendment potentially protects farms and ranches from changes in stepped-up basis. Still, there are other unknowns regarding how the IRS might treat family farms and ranches. Barrett noted one major issue is defining "family" because the IRS has different definitions in the tax code.

"We don't know what the definition of 'family' is, and there are a lot of definitions in the IRS tax code," she said. "Sometimes brothers are related, sometimes they're not."

That leads to questions as well about non-farming heirs taking over a farm operation and whether that could trigger a transfer tax.

Going further, there are also a lot of questions about the transfer of assets in farms that are in various business structures right now, said Danielle Beck, senior executive director of government affairs at NCBA.

"Family is very narrowly defined as being sort of your direct decedents, so there's no accounting for complex business structures," she said. Beck added, "So how do you account when you have three owners and only one is actively engaged in farming?"

Other questions arise when the farm might be going to a nephew or cousin, Beck said, or if only one child chooses to farm.

"If you have three kids, one of whom wants to be actively engaged, but the other two want to maintain ownership but have jobs in the city, will they be hit with capital gains?" Beck said.

Beck noted these issues become more complicated when they move out of Congress into agency rules. A prime example of that came last year when IRS rules on self-employed individuals such as farmers got in the way of those producers becoming eligible for Paycheck Protection Program loans. "It shouldn't have been as big of an uphill battle as it was, and I have very little faith the IRS could craft regs or rules to accommodate the purported protections that they're talking about," Beck said. "As far as I'm concerned, we need to preserve stepped-up basis in its current form, no ifs, ands or buts, and there is no room for compromise here."

The various questions about tax proposals caused at least one cattle producer to raise the prospect of whether she and her husband should turn their operation over to their 25-year-old son earlier than planned. Greg Buckman, a cow-calf producer from Missouri and a financial planner, advised against such considerations.

"It's never a good idea to give away the farm and all of the rights to the farm with so many potential life changes to come," Buckman said. "They are only in their early 60s, and they are too young to tie up their assets, in my opinion."

Life insurance could help prepay some taxes, Buckman noted, but it's also not a good idea to try changing the farm or ranching estate planning based on tax proposals that haven't come to fruition yet.

The reconciliation instructions also include $135 billion in instructions for the Senate Agriculture Committee to increase programs for conservation, drought and forestry to reduce carbon emissions and prevent wildfires. The Agriculture Committee also will increase spending on rural development and clean-energy investments and research on climate change and infrastructure. The reconciliation includes instructions for the Ag Committee to fund President Biden's Civilian Climate Corps and expand child-nutrition programs.

Republican members of the Senate Agriculture Committee on Thursday also wrote Chairwoman Debbie Stabenow, D-Mich., calling for a hearing on the process of allocating the $135 billion increase in spending. Republicans also want a meeting where they can offer amendments to the legislation. 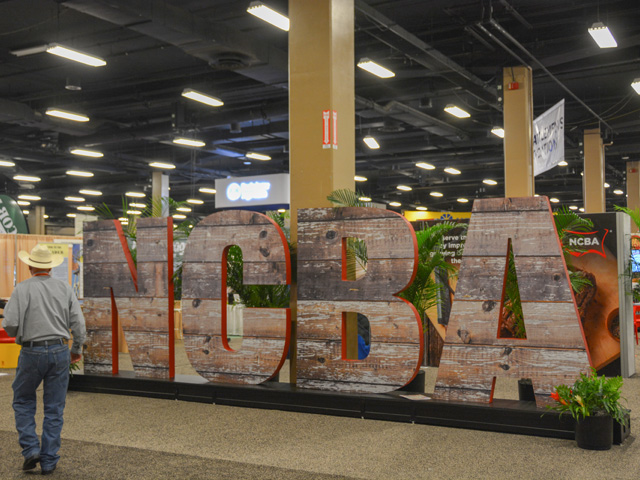