OMAHA (DTN) -- The House Agriculture Committee on Tuesday advanced a bill to provide as much as $8.5 billion in supplemental disaster aid for farmers and ranchers who faced disaster both in 2020 and 2021.

The bill, passed unanimously by voice vote, will expand coverage of losses under USDA's Wildfire Hurricane Indemnity Program-Plus (WHIP-Plus) and cover losses including those from wildfires last year in California as well as the derecho that hit Midwestern producers last summer. The aid will also cover producer losses this year from the polar vortex as well as farmers whose crops are in D-2 "severe" drought conditions for at least eight consecutive weeks.

The WHIP-Plus bill will include payments for qualified losses for unharvested acres, payment to certain dairy processors, as well as dairy and sugar cooperatives, and California grape producers who suffer quality losses due to grapes tainted by smoke in 2020 or 2021. The bill also includes an option for USDA to provide block grants to processors affected by disaster.

The unanimous committee support for the bill reflected the widespread nature of crop and livestock disasters going back to the beginning of 2020. Rep. David Scott, D-Ga., chairman of the House Agriculture Committee, highlighted that lawmakers from several parts of the country had been pushing for disaster aid for their states going back to last year. He also pointed to the slow process of trying to get ad-hoc disaster aid approved.

"We have got to be able to have the Secretary of Agriculture to have some funds available there," Scott said, noting WHIP-Plus is still paying for disasters going back to 2019. "Our appropriations process sometimes takes two years. Many of our farmers haven't gotten the aid yet."

Rep. Glenn "GT" Thompson, R-Pa., ranking member of the committee, pointed to the current fires raging in western states and drought in Plains states, as well as flooding in the Mississippi Delta region. "It seems like no producer has been spared the wrath of Mother Nature this year," he said. "That is why it is important we build some momentum for relief," Thompson added.

Producers who receive assistance under WHIP-Plus as part of the bill will be required to purchase crop insurance coverage for the next two years with at least 60% coverage level, the bill language states.

The bill also includes provisions that will increase payment limits for producers such as grape growers to reflect the high cost of land and labor associated with specialty crop agriculture. Lawmakers from California said during the bill mark-up that grape growers in some areas lost more than 40% of the value of their grapes for wine last year because of quality losses due to smoke tainting the taste of the wine.

"We know folks are suffering and they have been hard hit," said Rep. Jim Costa, D-Calif.

Chandler Goule, CEO of the National Association of Wheat Growers, praised the committee for working in a bipartisan fashion to advance the bill. Goule cited the impact of drought across the upper Plains and western states right now. Goule added the bill also makes "meaningful improvements to WHIP-Plus" in the way the program is triggered for drought, excessive heat and freezes. Goule indicated NAWG would be working to expand on WHIP-Plus and address "challenges associated with the Quality Loss Adjustment program." 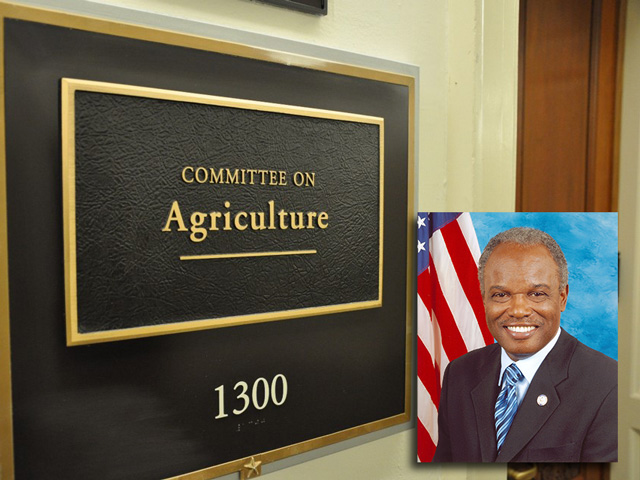