LINCOLN, Neb. (DTN) -- Because many farmers find themselves flush with cash from the recent spikes in commodity prices, now may be the time for producers to make investments in ag-data technologies, the head of the National Corn Growers Association said during a webinar on Thursday.

The idea of sharing data collected from yield monitors and other gizmos was considered a major privacy concern for farmers not that long ago. It still is on many farms. But this data's potential to improve operations is beginning to outweigh those concerns.

Jon Doggett, CEO of the National Corn Growers Association, said some of those attitudes are changing. Doggett spoke during a webinar hosted by AGree focusing on innovation in ag data.

"We've seen an explosion here in the use of data by our growers," he said.

"Ten or 15 years ago, I heard over and over and over again from growers, 'I don't want that yield monitor to be talking to my whoever, you know. Where does that data go? We don't know who's going to hold on to it.' We've had way too many instances in agriculture where there's folks that don't like agriculture that have used some of this data, and it really concerned folks."

Doggett said early adopters of data use learned they can improve productivity and the bottom line. Because the farm economy has improved as commodity prices have risen, he said, farmers should consider investments that allow them to better use ag data.

"So, these better times are really good times for us to start to build on this innovation that has been building not just for decades, but for hundreds and hundreds of years," Doggett said. "We've done a lot of great things in agriculture."

In addition, he said the way ag data is used needs to evolve.

"Let's quit looking at things with the snapshot," Doggett said. "We need to start looking at trends. Oftentimes when we just look at that snapshot, there's too many people who don't understand agriculture well and say, 'Look, that's pointing at something bad.' Well it might be bad, but you know if the trendline is heading the right direction. We need to celebrate that; we need to continue to push that."

Steve Censky, CEO of the American Soybean Association, said there are several things farmers need to be able to understand about their own data and then use it to benefit their operations.

Censky said producers need cost-share to invest in equipment and technical service experts to help analyze data and transform it into insights.

"Because that's the key of how do you take all of this data and actually draw some insights," he said.

"And, of course, I think they also are concerned about data ownership and privacy, to make sure that they're safeguarding that. There are some farmers who just love the data, and they love to analyze it. But I think it's always good to have other sets of eyes. And, of course, they want someone that they can trust with that data. There's power in the aggregation of data."

Even though the use of ag data has its advantages, many rural areas across the country still lack access to broadband.

Censky, a former USDA official in the Trump administration, said USDA is streamlining the ability for farmers to download data from the combine or farm-management databases to the agency to meet reporting requirements.

A recent United Soybean Board survey, however, found 60% of farmers who responded said they lack broadband adequate to run their businesses efficiently.

USDA and others are providing federal dollars to expand broadband infrastructure and to incentivize its adoption.

Brian Whittaker, professor in the department of agricultural economics at Oklahoma State University in Stillwater, spoke about the state of broadband in rural America during a webinar earlier this week on the aftermath of COVID-19 in rural America.

Whittaker said data from 2019 shows only about half of rural Americans have access to internet speeds higher than 250 megabits per second.

"There's also a rural-urban gap in adoption, meaning that you actually pay for a connection and have it at your household so a lot of people that have a broadband connection available to them, do not subscribe," he said.

"We know that rural areas are lagging behind both in availability and adoption."

Bill Northey, principal at WHNorthey LLC, former secretary of agriculture in Iowa and former USDA official in the Trump administration, said the best use of ag data will be the ability to safely share data with other producers across the country.

"Every year is different," he said. "Every soil is different; every location is different. And that ability to understand those differences actually can make that information way more valuable than one farm's information.

"So, I would love for us, that longer-term vision, to be able to share that information across many farms to be able to have that greater sense of do cover crops decrease the risk in drought because it increased the water-holding capacity of that soil, and does not tilling that soil also allow some more of that moisture there when that crop is really short."

Northey, also an Iowa farmer, said he bought a yield monitor in the 1990s and attached it to an old combine. He started paying attention to yields and how they varied across his fields.

"I suddenly realized that yields, field average yields, are made up of yields all across that field and that there are differences," Northey said. "Obviously, we knew that there always were; we just couldn't figure out what those were. But that gave us the ability to try different things."

Northey said he tried adjusting nitrogen rates and examined spring nitrate tests. His operation then evolved into no-till and strip till, and cover crops and he could measure the effects of those changes as time went on.

"Now, my challenge was I was measuring one farm's impact and that was really insightful," he said.

"That ability to compare information and have it mean something and compared to another program is very important."

Technology companies are venturing into the ag data space at a rapid pace, Censky said, meaning it will be important for those companies to earn farmers' trust.

"I think sometimes what they're lacking is how do they establish the relationships with the farmers," he said.

"And that's where you're seeing that they're developing either partnerships with retailers and others, or sometimes they're being purchased by the majors (ag companies) that do have those relationships, either equipment or seed technology companies."

Laura Wood Peterson, executive director of the National Coalition for Food and Agricultural Research, said many farmers continue to be concerned about data privacy.

"The more farmers that are doing the on-farm data, the more it's easier to make it privacy protected," she said.

"What is in the precision ag space is really important. And then how do you make information publicly available? That value can't be underestimated."

Doggett said producers will push back against the use of their data for purposes other than to aid the industry. Conversely, he said, the power of ag data will only grow if producers are willing to share it.

"Anybody who's coming into this game with, you know, maybe five or 10 years of good data collection, all you have is five or 10 years and the variability is going to fly way outside that spectrum," Doggett said.

"So, you're going to have to combine it with larger data sets. We have piles and piles and piles of data. It's the sorting through and trying to figure out what does it all mean that is hard."

Doggett said the ag-data future plays an important part in broader discussions about attracting the younger generation back to the farm.

That younger generation, he said, will have the ability to use ag data to improve the farm.

"That gets the kid to come back to the farm," he said.

"The average age of a farmer now is nearly 60. And you know you bring young people who are in their 20s and 30s who have a good tech education and a passion for agriculture. If you're doing the right thing, they're coming in and they're poking at dad and grandpa and saying, 'You know what? Let's try something new. Let's try something different.' You can bring the kid back to the farm and can take a little extra risk in trying something new when times are good." 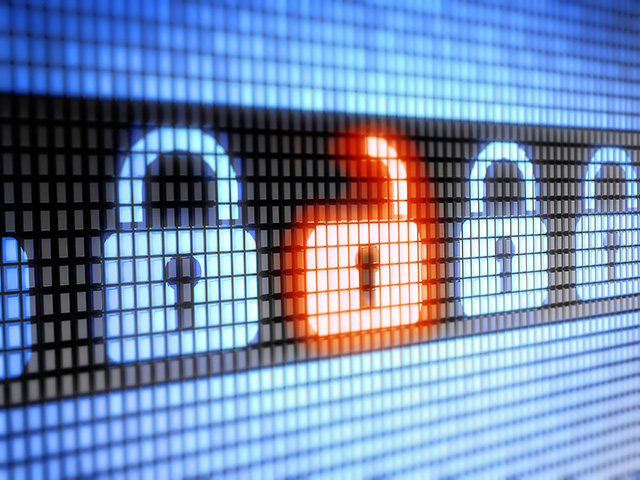