The South Carolina Coastal Conservation League filed the motion in the U.S. District Court for the District of South Carolina, coming off a 60-day stay in court proceedings pending the Biden review.

The group asked the court to vacate the rule based on the undisputed facts, including what they argue has been lost protection for waters.

"The Corps (U.S. Army Corps of Engineer) has been flooded with requests to obtain 'approved jurisdictional determinations' securing the right to pollute or fill newly excluded streams and wetlands free of the Clean Water Act's permitting protections," the South Carolina Coastal Conservation League said in its motion.

"Of the 12,128 streams, wetlands, lakes, ponds and other waters for which the Corps has issued jurisdictional determinations since the replacement rule took effect on June 22, 2020, the Corps has determined that 11,177 -- 92% -- are not jurisdictional under the rule, leaving those waters open to pollution and destruction.

"These findings stand in stark contrast to the Corps' jurisdictional determinations under prior regulatory regimes, where, since August 2015, less than 56% of waters were found not to be jurisdictional. In less than a year since it took effect, the rule's threat to the nation's waters has already been profound."

However, agriculture interest groups support the current rule because, in their view, it simplified questions of Clean Water Act jurisdiction farmers face on their land.

The environmental group calls the Trump rule an arbitrary policy reversal that removed Clean Water Act's safeguards from millions of stream miles and tens of millions of wetland acres.

"Although the Biden administration has vowed to review the replacement rule along with other rules promulgated during the prior administration, the rule remains in effect today, causing irreparable harm to waters across the country."

SECOND MOTION FILED BY THE GROUP

The latest motion for summary judgement is the second filed by the group. Another similar motion was filed in July 2020 but was dismissed when the case was stayed by the court.

The federal government filed a motion for summary judgement in August 2020, which also was dismissed.

The South Carolina Coastal Conservation League alleged in its lawsuit in April 2020 that the EPA and the U.S. Army Corps of Engineers completed the rule based on "political winds and currents."

In New Mexico, a lawsuit is stayed until June 1 in the U.S. District Court for the District of New Mexico (see: https://www.dtnpf.com/…).

New EPA Administrator Michael Regan testified before a House Appropriations subcommittee on EPA's proposed budget in April and was questioned about the direction the new administration is going on water regulation.

"What I'm pledging to do is begin a stakeholder-engagement process involving our ag community -- Farm Bureau, ag CEOs, our environmental community -- to look at the lessons learned and how we can move forward, and I'm interested in moving forward, not in a ping-pong way, but a way that we can provide some certainty to the ag industry where we don't overburden the small farmer but we also balance. I believe we can do it," Regan said.

NO PLANS TO REVERT BACK

Regan told the committee the current EPA has no plans to revert back to the 2015 rule. The 2015 rule faced major opposition from agriculture and other interests, leading to numerous lawsuits.

"Learning from the lessons of the past, we don't have any intention of going back to the original Obama waters of the U.S. verbatim, and we don't necessarily agree with everything that was in the Trump administration's version as well. We've learned lessons from both, we've seen complexities in both, and we've determined that both rules did not necessarily listen to the will of the people." 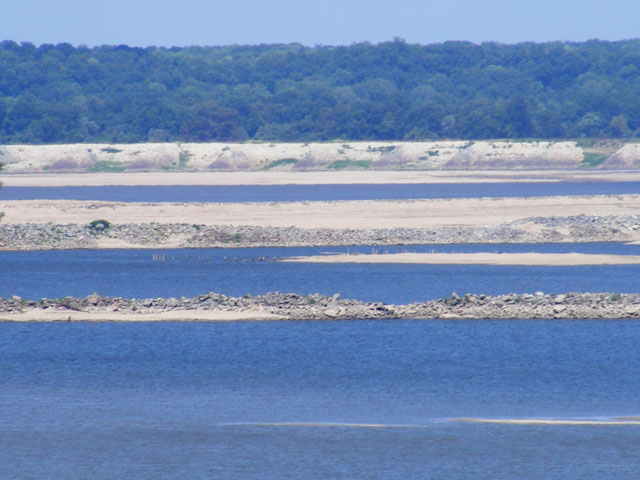