OMAHA (DTN) -- USDA on Friday announced it will start paying off up to $4 billion in debt for minority farmers with notices going out to farmers about their payment relief.

USDA officials started the process of debt relief for just under 16,000 borrowers by sending them notices that USDA will be making payments on Farm Service Agency direct loans. Direct loans account for about 85% of all loans USDA will be paying off.

There also are guaranteed loans with private lenders that will be paid off later this summer, as well as loans that have been previously referred to the Department of Treasury for debt collection, USDA stated.

"The American Rescue Plan has made it possible for USDA to deliver historic debt relief to socially disadvantaged farmers and ranchers beginning in June," Vilsack said. "USDA is recommitting itself to gaining the trust and confidence of America's farmers and ranchers using a new set of tools provided in the American Rescue Plan to increase opportunity, advance equity and address systemic discrimination in USDA programs."

A notice from USDA will be posted in the Federal Register and actual payments will start being made in June, USDA stated. Under the loan provisions, USDA will pay off loan debt for socially disadvantaged farmers for FSA direct loans, FSA guaranteed loans with private lenders, Commodity Credit Corporation loans, or farm storage facility loans that had a debt balance as of Jan. 1, 2021. USDA officials noted loans closed after Jan. 1, 2021, are not included in the loan payment plan.

USDA reports socially disadvantaged farmers have $2.67 billion in current active loans as of Dec. 31, 2020, along with another $414.8 million in delinquent debt. Congress included the extra 20% on the loan repayment to offset tax liability that farmers would incur. That puts the debt repayment at about $3.7 billion.

Black farmers have advocated for the debt relief since the settlement of the Pigford discriminatory litigation against USDA, which did not include payment for outstanding loan debt.

John Boyd Jr., founder and president of the National Black Farmers Association, became a leading voice in that battle over the past decade, to the point that, at one time, he drove a tractor to the U.S. Capitol to highlight the need for debt relief.

Boyd told DTN on Friday he still had concerns about the pace at which USDA is paying off the debt, especially because of planting season. He also had some questions about how USDA will make payments on a "rolling basis," as the news release noted.

"I would say a 120-day rollout is too long," Boyd said. "They should be able to get that money out more expeditiously. This should be rolled out in the same way as the other subsidy programs that USDA had passed under the Trump administration. They were in the hands of farmers and checks in the mailbox within weeks."

Boyd also has questions about another $1 billion in aid that USDA is supposed to use to support farmers and organizations that faced past discrimination.

The debt relief passed by Congress in the American Rescue Plan paid 120% of the loan value on those FSA direct and guaranteed loans for socially disadvantaged farmers. Initially, payments will be broken up into two steps. USDA will send out the 20% payment directly to producers, then the loan payment will be made to the U.S. Treasury from USDA to clear the debt. The payments will start in June.

"It's an important first step," Vilsack said in an interview with the Atlanta Journal-Constitution. "It's reflective of the impact of over 100 years of policies and actions at the Department of Agriculture that have limited people from having opportunities. It acknowledges the disparity presently and it's really forward-thinking."

The Journal-Constitution reported that Sen. Warnock, the architect of the debt-relief provision meant to relieve long-standing loan debts for Black farmers, also was under pressure from farmers to deliver that promised aid to those producers. Warnock told the newspaper he had pressed USDA officials with "absolute urgency that we get this done and we get it done right."

Warnock's provision defined socially disadvantaged farmers under a 1990 definition as African American, Latino or Hispanic, American Indian or Alaskan Native producers, Asian American, or Hawaiian or Pacific Islanders. Caucasian women, who are eligible to apply for loans as socially disadvantaged since 1992, are not included in the debt relief under the provision passed by Congress in March.

DTN has repeatedly asked USDA officials how many FSA loans are ineligible for repayment because the loan recipient is a Caucasian woman, but USDA has not provided those details.

USDA officials have repeated in recent weeks that FSA loan recipients who qualify for debt relief do not need to file any applications or provide any additional paperwork. USDA officials have said farmers should ensure they have a form on file with FSA -- AD 2047 -- that designates race or ethnicity.

At least two federal lawsuits have been filed by white farmers against the debt relief for socially disadvantaged farmers. A lawsuit filed in Wisconsin against USDA officials originally had five plaintiffs, but now has 12 white farmers who have FSA loans. The lawsuit states the only reason the farmers are not eligible for USDA debt relief is because of their skin color, which is discriminatory. A similar lawsuit was filed in Texas by Sid Miller, the state's agriculture commissioner. A Black Tennessee farmer has filed a motion in each of those cases stating that allowing white farmers to receive debt relief would take away debt relief from Black farmers or other minorities because the available funding was capped at $4 billion.

Vilsack had an op-ed in USA Today citing that USDA paid out tens of billions of dollars in CFAP aid last year -- $30.7 billion, according to the Congressional Research Service -- but minority farmers received just 1% of that aid. Vilsack wrote: "The reason the payments went so overwhelmingly to white producers is because the system is so stacked against farmers of color. Most farm programs are based on size of an operation and its history of output."

While USDA can move ahead and pay off the bulk of FSA direct loans to the federal government, bank groups have written Vilsack asking USDA to recognize lenders' costs of funding and servicing loans and ensure lenders are made whole by being compensated for lost income due to these loan payoffs.

In the letter, the American Bankers Association, Independent Community Bankers of American and National Rural Lenders Association, wrote to Vilsack that the "sudden, abrupt payoff of any category of guaranteed loans could have adverse consequences if not implemented in a manner that minimizes disruptions to lenders," in USDA's programs. The letter stated: "USDA should ensure lenders are made whole by being compensated for lost income due to these loan payoffs. Second, purchasers of USDA loan guarantees in the secondary market should be paid for lost premium values and the loans' multi-year payment streams being halted."

In its news release about the loans, USDA also stated: "For much of the history of the USDA, socially disadvantaged farmers and ranchers have faced discrimination -- sometimes overt and sometimes through deeply embedded rules and policies -- that have prevented them from achieving as much as their counterparts who do not face these documented acts of discrimination. Over the past 30 years, several major civil rights lawsuits have compensated farmers for specific acts of discrimination -- including Pigford I and Pigford II, Keepseagle, and the Garcia cases. However, those settlements and other related actions did not address the systemic and cumulative impacts of discrimination over a number of decades that the American Rescue Plan now begins to address."

As DTN has reported, farmers in certain states such as Oklahoma with a large population of farmers with Native American heritage will also see significant debt relief. 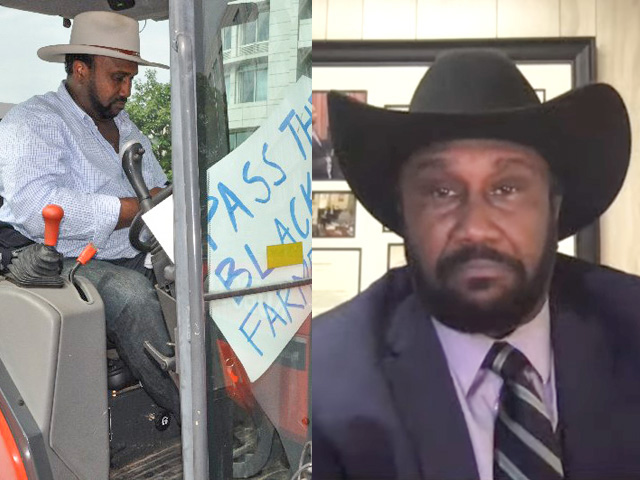