OMAHA (DTN) -- As Republicans and farm organizations raise more questions and challenge President Joe Biden's plans to raise capital gains taxes and limit stepped-up basis, a group of rural Democrats in Congress is pushing to ensure farms and small businesses are excluded from any change in inherited basis.

Biden's plan to fund his infrastructure package and spending plan for education, childcare and health insurance is tied to tax proposals that would double the capital gains rate from 20% to 39.6%, topping 43.4% when the Medicare surcharge is added in. The plan would exclude the first $1 million in assets for an individual.

In a move that has set off alarm in farm groups, Biden's plan also eliminates stepped-up basis for inherited assets beyond $1 million per individual or $2 million per couple. The White House states its proposal would not affect inherited family farms or small businesses that remain in those families.

The group of 13 Democrats, mostly members of the House Agriculture Committee, sent a joint letter Thursday to Democratic leaders including House Speaker Nancy Pelosi; Majority Leader Steny Hoyer of Maryland; and Rep. Richard Neal of Massachusetts, chairman of the House Ways and Means Committee. The lawmakers raised their concerns about how the repeal of stepped-up basis could hurt family farms, and they called for full exemptions for family farms and small businesses. The Democratic lawmakers want to ensure the exemptions for farms and businesses are written into any tax bill that passes.

"I want to make sure it's written in law," said Rep. Cindy Axne of Iowa, who spearheaded the letter with Rep. Jim Costa of California. "The president wants this in there. He wants to save our family farms. (Ag) Secretary (Tom) Vilsack wants it in there. It starts in the House and 13 of us -- which is enough to do the math of not getting a bill forward -- want it in. So, I think our chances of getting this in there are pretty darn good."

The Democratic lawmakers spelled out in their letter to leadership they support the concepts outlined in the American Jobs Plan and American Family Plan, including higher taxes on wealthier Americans. "And while the clear intention of making changes to stepped-up basis is to ensure vast fortunes worth tens or even hundreds of billions are not passed on without any income tax paid at any point, we are concerned about the unintended burden this could place on farms and family businesses."

The House Democrats added in their letter the challenges of administering changes to taxing basis for farm machinery and other business equipment. They called on "strong protections" to ensure that farms do not have to be sold or liquidated.

It's unclear exactly when the House will begin to bring either the infrastructure package or the bills on other spending programs and taxes to the floor for a vote. Even more unclear is exactly how the Senate will handle these plans.

The infrastructure package and the taxes needed to help pay for it are tied up in dueling messages as Democrats point to the potential of roads, bridges and waterway systems funded by the tax hike. Republicans, however, say the lack of details on stepped-up basis -- compounded by the president's plan to conserve more land across the country -- could lead to extreme outcomes of the federal government trying to take over more land.

Overall, Axne defended the president's plan to raise the capital gains rates and set a lid on stepped-up basis for inherited assets. The congresswoman said Iowans want the richest people in the country to pay higher taxes to help rebuild the country.

"I want to make sure that whatever infrastructure pieces we're putting together help Iowans and put the payment of these things that this country needs on the richest people who haven't paid their fair share," Axne said.

She added, "The infrastructure needs to be paid for so that our farmers can have better roads to market, so that our bridges are in better condition and safe for them to carry their loads across, so that broadband gets out to everybody."

On the day Axne and fellow Democrats sent out their letter, the Nebraska Farm Bureau held an event with the state's all-Republican congressional delegation who castigated the plan to cap stepped-up basis, arguing it would destroy the generational transfer of farm assets within families, even if family farms were excluded from the capital-gains tax and basis provisions.

"These potential tax code changes could result in the further concentration of land in fewer and fewer hands, and undermine the prospect for vibrancy in rural communities, and lose that intergenerational opportunity and expertise to grow our food, which is the main things America makes," said Rep. Jeff Fortenberry of Nebraska.

Fellow Nebraska Rep. Don Bacon said he had recently visited ranches concerned what the impact in stepped-up basis would mean to their operation. While the Biden administration said the tax won't affect inherited farms, Bacon said producers were talking about 300% tax on land they inherited.

"It's just an incredible number which will force many of these family farmers and ranchers to sell off portions of their farm, and their operations get smaller," Bacon said. "It shouldn't be a windfall for the government."

Rep. Adrian Smith said the discussion should be focused on eliminating the estate tax, or "death tax." The 2017 tax law expanded exemptions -- now at $11.7 million, but the exemption is set to snap back to $5 million in 2026. While just a handful of Nebraskans paid the federal estate tax in 2019, according to the IRS, Smith said it affects everyone, including real-estate owners and small businesses. "In this day and age, you can't just sell off part of the farm and expect to have a successful operation," Smith said.

Conservatives, though, aren't the only ones concerned about how the stepped-up basis plan will work out. John Hansen, president of the Nebraska Farmers Union, told DTN in an interview he was among some farm leaders who have talked with the Biden administration about the tax policy. He said more details are needed to understand real-world implications for farmers.

Hansen said providing an exemption from capital gains until the farmland is sold also has the effect of attaching a potentially binding obligation to a piece of land that carries over time.

"When you trigger the liability then defer the payment, what could be the lion's share of it over time when the family runs out of members, who can afford to or want to farm? Then, you have this huge obligation that could be potentially hanging over you," Hansen said.

Hansen noted agriculture is caught in a plan largely meant to increase taxes on investment portfolios and passive income. But the difference between a Wall Street investor's stock portfolio and farm ground is that farmers pay property taxes every year that also rise with property values. "The fundamental difference between that stock portfolio and farm assets is you have to have land to farm," Hansen said.

"If there's any farm organization in America that supports a progressive tax policy, it's Farmers Union," Hansen said. "But they have got to have the threshold numbers right. It gets really complicated. I'm not averse to what they're trying to do. I just don't think they know quite what they are doing."

Brian Kuehl, a principal at K-Coe Isom, said accountants at the firm who work heavily with farm families have been providing members of Congress some details about how various proposals could affect farmers.

Still, Kuehl said the Biden administration provided a starting point on the taxes by saying they did not want the changes to affect family farmers or small businesses. Before the American Family Plan was announced, accountants for farmers and other businesspeople were working off the assumption that the Biden administration would propose eliminating all stepped-up basis.

"I think we were pleasantly surprised to see the language exempting farms and family owned businesses, and that's a good thing," Kuehl said. "We're happy the administration laid down the marker, and that gives a lot of leverage in the context of what Congress does here."

Beyond the sale of real estate, other assets such as combines, tractors, other large assets and even grain inventory could be affected. Real estate could be taxed under capital gains, but other business property could be taxed as ordinary income as well.

"I wouldn't go so far as to say that if you're a family owned business, you're off the hook. There are still some hooks that could get you," said Brad Palen, a CPA for K-Coe Isom in Kansas. 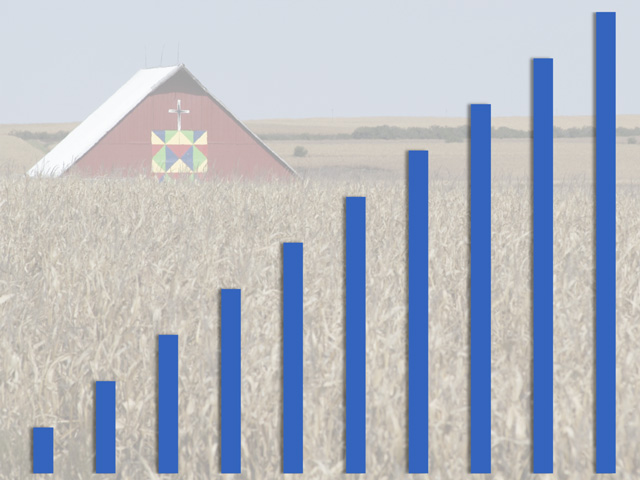