OMAHA (DTN) -- As Democrats in Congress look to line up provisions of the infrastructure package and a family relief plan, a House Education & Labor Subcommittee held a hearing Monday concentrated heavily on expanding overtime wages for farmworkers.

The hearing highlighted overtime exclusions in the Fair Labor Standards Act (FLSA), going back to 1938, that Democratic witnesses said were policies meant to affect people of color. Monday's hearing focused on farmworkers, domestic workers and restaurant workers who rely on tips.

The hearing broke down along political lines as Democrats challenged how farmworkers have remained excluded from overtime wages for 83 years. Republicans defended the exclusion for farm labor, saying farmwork remains seasonal and driving farmers to pay higher wages could force certain types of farmers out of business.

Rep. Fred Keller, R-Pa., said the Democratic proposals don't help the needs of a modern workforce, but would harm low-wage workers. The wage policies would restrict hours for workers and increase automation.

Teresa Romero, president of the United Farm Workers, said the pandemic has highlighted the importance of farmworkers, but also their vulnerability because of the exclusion from overtime pay. Wages remain low for farmworkers, but they work long hours, she said. More than 40 hours of work in agriculture also is challenging to the human body, she said.

"Farmworkers would benefit greatly from overtime pay," Romero said. She added, "They deserve overtime pay. They feed our country."

Romero and other Democratic witnesses also repeatedly said labor exclusions written into the FLSA in the 1930s were "racist exclusions" meant to exclude workers of color at that time from fair labor practices.

Paul DeCamp, a labor attorney for companies in Washington, D.C., and a former Department of Labor official, said farmers would have to reduce the hours of individual workers, or they would have to pay higher labor costs. DeCamp said farmers would then have to charge more for their crops or other agricultural products. The ripple effect increases the costs of food at restaurants and grocery stores.

"It also puts the farm in a competitive disadvantage with non-U.S. agricultural producers who don't face the same labor costs," DeCamp said.

DeCamp also said younger adults and teenagers are those workers who more heavily rely on the minimum wage and do not receive overtime pay. Rep. Mark Tokano, D-Calif., said college students are not working on fruit or vegetable farms in California. "It's mostly adult-aged people working those back-breaking jobs."

Romero said some farmworkers are more than 70 years old. "We have workers that are older than teenagers or people in their early 20s," Romero said. "There are not a lot of young people looking to work in agriculture.

Rep. Elise Stefanik, R-N.Y., said a lot of young people, including college students, come back to the farm to work in her New York district. Stefanik said her district has thousands of farmers and she is concerned about mandating overtime pay for farmworkers. New York has enforced overtime for farmworkers, which has caused farmers to shift away from crops that rely on heavy labor to grow and harvest, Stefanik said.

"As any farm family knows, as any farmworker knows, the inherent nature of farming calls for long hours, often in very short windows in order to cooperate with the unpredictable weather and the narrow harvest times," Stefanik said.

Responding to a question from Stefanik, DeCamp said farmers in some areas would likely spread higher costs. They may employ farmworkers for fewer hours, and farmworkers would find themselves rotating more from farm-to-farm to get full-time income.

"I don't think the farmworkers would be working fewer hours. It's a question of where they would be doing it," DeCamp said. 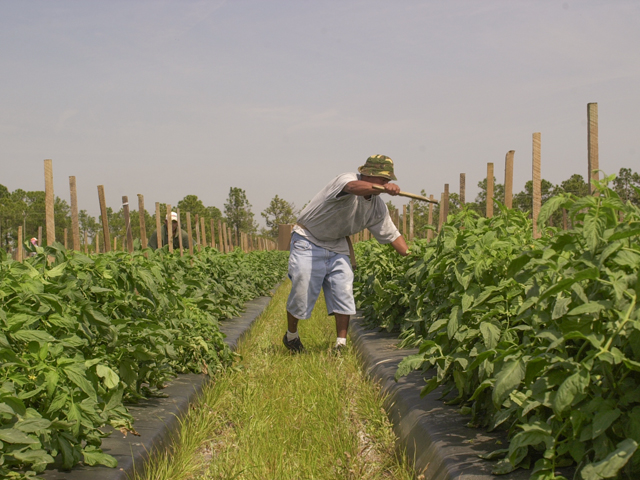