OMAHA (DTN) -- In an effort to increase carbon sequestration and conservation land, USDA on Wednesday announced plans to sign up as many as 4 million acres to the Conservation Reserve Program (CRP) and increase rental rates, looking to counter a trend of declining CRP enrollment.

Ahead of President Joe Biden's climate summit, USDA announced multiple climate-related programs. Along with the CRP enrollment, USDA also announced new funding for research and rural development that could reach as high as $1 billion for climate adaptation programs.

In an interview Wednesday, Agriculture Secretary Tom Vilsack told DTN USDA and agriculture in general "know the challenges that are ahead, and we also know the opportunities." The announcements starting Wednesday and continuing over the next several months will "up our game when it comes to climate."

The formal announcements on the conservation programs were made at a White House National Climate Task Force meeting Wednesday ahead of the summit. Biden is expected to announce a series of initiatives to cut U.S. greenhouse gas emissions in half by 2030.

For CRP, USDA will open new enrollment for the program, looking to sign up 4 million new acres. At 20.8 million acres enrolled now, CRP has continued to tick downward in size each year since 2007 with enrollment nationally now at the lowest level since 1987.

The 2018 farm bill gave USDA approval to increase CRP acreage to as high as 25 million acres this year, but Congress also lowered rental rates to 85% of the average county rental rate for general sign-up.

"Acreage was going down before they lowered the rental rates, but that just sort of compounded it and made the program less attractive," said Ferd Hoefner, a policy adviser for the National Sustainable Agriculture Coalition.

In boosting sign-up, USDA will look to offset the drop in average county rental rates by offering incentive payments for various practices. Incentives will encourage enrollment for highly erodible lands and areas that will improve water quality

Landowners also would receive increased incentive rental payments under the Climate-Smart Practice Incentive for practices such as establishing trees, planting permanent grasses, increasing wildlife habitat or wetland restoration. The goal of the incentives is to help offset the 15% drop in average rental rates. Rental rates will also be adjusted for soils and water quality practices, and a minimum rental rate will be set for the CRP Grasslands program.

"That should really get more bids from landowners and acres coming into the program," Hoefner told DTN.

The secretary said the new rental rates will attract attention and interest in the program, but he also said there must be a balance and it's important that CRP is used for the most environmentally sensitive acres.

"Our focus is going to continue to be on marginal and the least-productive acres in an effort to try to encourage folks to participate in this program," Vilsack said. "That helps increase income, and it also does right by the environment. It also creates jobs when you expand outdoor recreational opportunities. So, you get four wins out of doing this, and you don't necessarily take away from the ability of more productive lands to be fully utilized for crop production when commodity prices are decent, as they are today."

USDA will also add and expand a couple of pilot programs, including the Soil Health and Income Protection Program (SHIPP), which offers short-term CRP contracts of up to five years. SHIPP will be kicked off this year in Prairie Pothole states. Another pilot project in the Chesapeake Bay and Great Lakes, CLEAR30, will also be expanded nationally.

The enrollment of additional CRP acres would capture as much as 3 million metric tons (mmt) of carbon-dioxide equivalent and prevent 90 million pounds of nitrogen from getting into waterways, Vilsack said.

CRP has undergone a steady acreage decline over the past 15 years. CRP hit its peak in 2007 at 36.8 million acres and has steadily declined by 16 million acres since then. That's because funding has remained nearly constant. In 2007, CRP cost $1.72 billion, and the program in FY 2020 cost $1.796 billion.

Along with the CRP boost, USDA is getting set to announce $330 million in new projects funded under the Regional Conservation Partnership Program (RCPP) that will go to 85 different partnerships. Among the projects will be partnerships with 40 ranches in South Dakota and Nebraska to improve grazing management and range conditions. Vilsack also noted a collaboration in Georgia to help smaller, socially disadvantaged farmers develop direct sales in and around Atlanta.

USDA also will be looking for new funding proposals with $25 million set aside for the Conservation Innovation Grants program for on-field trials that focus on climate-smart agricultural practices.

The initial rollout of USDA's climate initiatives also comes as the Senate Agriculture Committee prepares to mark up and advance the Growing Climate Solutions Act. The bill has bipartisan backing in the Senate. If passed, it would create a certification program at USDA and increase technical assistance for landowners to sign their farms or forests into carbon-credit programs.

"She desperately wanted to make sure her counterpart, (Arkansas Sen. John Boozman) and others understood the significance of this and the fact that American agriculture is ready for this," Vilsack said. "She's right in saying we need to continue to do more to make sure we can quantify and measure and verify the results of conservation."

Vilsack said the Growing Climate Solutions Act would establish a basis for agriculture when Congress takes up the president's infrastructure plan. He also thinks the bill will lead to increased funding for agriculture to address climate change.

"We're all becoming more cognizant of the fact that, in order for agriculture, for farmers and ranchers of all sizes, from all parts of the country, to continue to be on the land, that we have got as policymakers to figure out ways they can make money in more ways than just simply growing a commodity crop or raising livestock and selling it," Vilsack said. 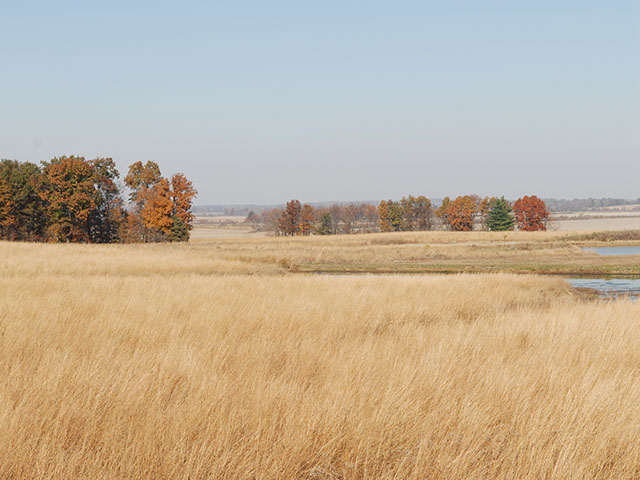