ARION, Iowa (DTN) -- Farmer and cattle producer Kelly Garrett made waves last fall when it was announced he had gotten $75,000 for selling 5,000 carbon credits from his farm.

Now Garrett wants to consult with Secretary of Agriculture Tom Vilsack as USDA starts crafting a strategy on "climate-smart" practices to sequester carbon in the soil. Vilsack has said he wants to create a farmer advisory board when USDA starts creating its carbon program, and make the board "farmer centric," Garrett told DTN in an interview.

"Vilsack has said he wants to create a board of farmers to do this," Garrett said. "I want to be on that board because I want to be an advocate for this."

Vilsack spoke on climate topics again on Monday and on the potential for using USDA's Commodity Credit Corp. https://www.dtnpf.com/…

Since President Joe Biden's election, carbon programs largely in their infancy have jumped now to adolescence as companies engage in weekly rounds of virtual meetings within agriculture. In just the last week, groups such as the Farm Foundation, Illinois Agricultural Leadership Foundation and Agri-Pulse have held events with companies explaining their products, methodology or strategy behind carbon credits. USDA officials highlight where they will find funding and how they expect to use conservation, crop insurance and likely new programs to drive farmers to implement some of these strategies.

Farm groups stress their enthusiasm for addressing climate change, as long as it's voluntary, farmers are paid and nothing gets taken away from any current USDA programs.

Carbon credits, or a carbon bank program for agriculture, also could become part of a massive infrastructure bill that will be proposed by the White House. As members of the House and Senate Agriculture Committees during the past month have stressed they don't want USDA to get ahead of congressional authorization, lawmakers could add their own language detailing USDA's authority.

A spokeswoman for Senate Agriculture Committee Chairwoman Debbie Stabenow, D-Mich., told DTN that Stabenow's Climate Smart Solutions Act -- creating a carbon certification program at USDA -- is a bipartisan bill that the senator wants enacted. "Our goal is to look at every avenue available to get this bill across the finish line in a bipartisan way," the spokeswoman said.

Advocates for farmers in Congress stress that any carbon program must reward the early adopters.

"A lot of farmers have been doing things like minimum till, cover crops, and been doing it for years -- in some cases decades. They deserved credit for what they've already been doing for carbon capture," said Iowa Sen. Chuck Grassley, R-Iowa, on Tuesday.

While Congress and USDA sort out their policies, carbon markets look like the early days of the electrical market, described Matt Schmitt, the commercial carbon senior director at Cargill. Speaking at the Farm Foundation forum last week, Schmitt highlighted an early 20th century photo with dozens of electrical lines crossing on a city corner. There's not much of a carbon market right now, Schmitt said, but a lot of companies are testing to see what works.

"It's not a market, it's a series of special projects," Schmitt said.

There is still an open question on issues surrounding legacy carbon in the soil from farmer practices and adding practices to sequester more carbon.

"Additionality, I think you will hear everybody give a different definition of it," said Cristine Morgan, chief scientific officer for the Soil Health Institute. "I think that's real. It's different for different people."

Conceptually, adding a practice for the focus of a carbon market, "seems a bit too narrow," but a reasonable definition of additionality is needed that will allow everyone to change practices, for whatever reason, "and if the outcome is increasing carbon in the soil, that's fantastic." Morgan added, "I worry that the definition of additionality is one of the larger problems in the carbon market, but that's from a soil scientist point of view."

Nori and Indigo are selling credits for prior years. Nori also will issue up to five years of "grandfathered" carbon credits if a farmer can prove practices were adopted during the past decade. Companies buying credits want to focus more on the adoption of new practices and reducing emissions going forward, said Aldyen Donnelly, co-founder and director of carbon economics for Nori Inc. Donnelly said it seems unrealistic to draw farmers into a marketplace thinking they will sell credits for carbon-farming practices more than a decade ago when there is likely no buyer interest.

"Our lines are really the best reflection on the feedback and our desire to make sure we're not creating an expectation you can sell credits when you can't," Donnelly said.

While there's a lot of emphasis on rewarding farmers who have adopted early practices, Indigo's Chris Harbourt spoke to the Illinois Agricultural Leadership group, pointing out a lot of conservation practices still have low adoption rates.

Cover crops might be grown on 5% of acres. The goal for agriculture is to move those adoption rates for no-till and other practices to 40%, 50% or even 100% of acres. Driving a high volume of additionality will offset some of the emissions happening now.

"It doesn't make sense to go and pay someone for the carbon three or four years ago that's already in the accounting of today," he said. "These companies have made commitments into the future to reduce that. So that's the sort of commitment to additionality. It has to be something new."

Indigo was among the businesses on a call last week with the White House on carbon markets, Harbourt said. He sees the private market running alongside government programs to ensure more farmers can adopt conservation practices.

Farmers will need revenue sources, potentially from conservation programs, to deal with the upfront costs. "What better way than for a government that's looking to deploy that capital for an environmental outcome, than to link it or connect it to carbon credit, but not to get in the way of a carbon-credit market," Harbourt said.

Indigo started its program two years ago at $20 a ton, paying farmers $15. Harbourt said Indigo has sold out of credits for the next year, "Probably the next three years, depending on how quickly we can ramp up farmers into the program."

Under Indigo's program, 75% of the price of a carbon credit goes to the farmer and 25% goes to Indigo, which Harbourt said would focus on science, reinvestment and new technology. Indigo signs up producers on a five-year program that stacks credits over multiple years, paying a percentage for each credit in each year. The actual yield of how many credits per acre will depend on the soil in different states.

Challenges with these contracts begin with tenant farmers in states with high levels of rented farm ground. Indigo, for instance, requires a farmer to demonstrate they have control of the land -- the ability to farm that ground for five years or longer. The majority of early partners now for Indigo have been owner-operators, Harbourt said. Renters are going to have to figure out a way to negotiate with landowners going forward.

"This is another business. It's carbon farming. It's just like grain farming. You have got to figure out a way to share," Harbourt said.

With so much new traffic in the carbon space, Donnelly said it's going to be confusing for producers to get involved. She encouraged farmers to ask a lot of questions, ranging from how much it will cost for a producer to participate in a carbon market to whether a lien could be attached against property.

In some carbon registries, it can take as long as three years from applying to get a project listed, to being accepted. Nori is taking 60 to 120 days to get a carbon project registered and credits issued. The company's goal is to get carbon-credit approval down to 30 days, she said.

Going through Nori's program, Garrett sold 5,000 credits at $15 apiece, generating $75,000 in revenue. Garrett estimated it took his staff about 60 hours in paperwork to validate practices during the past decade. Garrett's farm calculated out to roughly 22,750 credits, working with Nori and Locus Ag and selling the credits to the online retailer Shopify.

Garrett has gotten a lot of engagement through social media with other farmers often askinq detailed questions about positioning themselves to become certified for a carbon program. Many are interested in technology and ways they can sequester carbon, but also gain productivity, he said.

"Of course, everybody's interested in the money. Nobody ever has enough," Garrett said.

If policymakers want to address climate change, they need to lessen the focus on additionality, Garrett said.

"Farmers are already sequestering carbon, and I believe if the marketplace was created where companies such as Shopify -- Microsoft is now in the news with Land O'Lakes -- these companies want to come in and buy the offsets. If we could end the need for as much additionality, and that marketplace is created, then value is created. If a farmer is already a no-tiller and he's already conducting great conservation practices, then why shouldn't that farmer be rewarded? If he is rewarded, more people will enact his practices, which is better for the environment, and that's allegedly the whole goal here."

While Garrett seeks to consult USDA as an adviser, the department last week asked for public comment on what direction USDA should take its climate-smart agriculture and forestry strategy. https://www.dtnpf.com/… 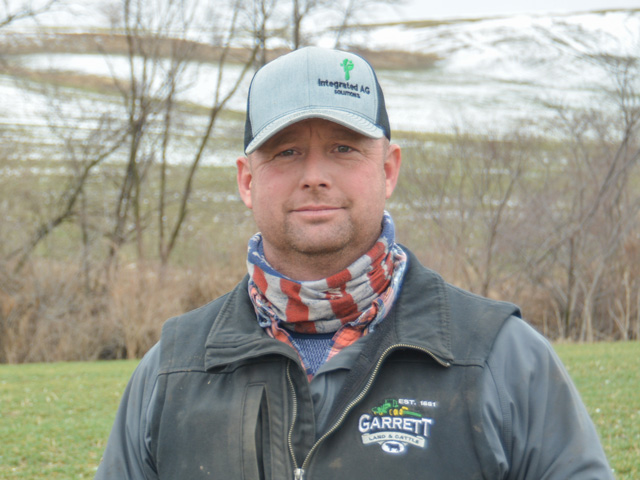