OMAHA (DTN) -- Farmers waiting to hear about aid programs from USDA likely will have to wait until April for the Biden administration to complete reviews and release funds.

The Biden administration is still reviewing the last farm aid programs initiated by the Trump administration, as well as developing the programs that will come from two separate aid packages -- the aid bill from last December and the new aid package passed earlier this month.

It will be sometime "in the next couple of weeks" before USDA announces the end of its reviews for the Coronavirus Food Assistance Program Additional Assistance (CFAP-AA), said Zach Ducheneaux, the Farm Service Agency's new administrator.

Ducheneaux described his first month on the job at FSA as "drinking from a fire hose" as he absorbs FSA's role distributing coronavirus aid for farmers and livestock producers while also operating the agency's traditional farm programs.

Ducheneaux (pronounced doosh-en-oh) spoke to DTN on a Zoom call from his ranch on the Cheyenne River Sioux Reservation about 45 miles northwest of Pierre, South Dakota, where he has continued to work for now. A third-generation rancher on the reservation, Ducheneaux said he raises about 300 head of cows and "more horses than I care to speak about," calling his love for horses an integral part of his life. Ducheneaux came to FSA after serving as executive director of the Intertribal Ag Council, a group that worked for 573 federally recognized tribes.

Through the multiple variations of CFAP aid, USDA has provided $23.82 billion to producers -- most of which was released during the Trump administration. To keep enrollment going -- especially following February storms -- USDA extended the deadline for CFAP-AA, which is now open-ended until USDA announces any program changes. For now, USDA is assessing which farmers have fallen through the cracks in aid, while also reaching out to farm groups and assessing the requests from Congress for aid to certain producers. Iowa's congressional delegation earlier this month called on USDA to include custom feeders in CFAP-AA, for instance.

"As we work through trying to be more inclusive in that, we're talking with various stakeholder groups -- basically anybody who feels like they've got a stake in that game, and maybe wouldn't have been served as it was rolled out," Ducheneaux said. "We're trying our best to find a way to include everybody. We can't start issuing any payments because we've got to figure out how big that inclusion is going to be, and then how do we divide up the money. So, it's about trying to get people in the door and not keep them out, for darn sure."

Sign-up for provisions of the December aid package also has yet to be announced. That includes language providing $20-per-acre payments for non-specialty-crop producers, based on 2020 planted acres. Another provision of that bill provided nearly $1 billion in support for dairy producers. The bill also included a provision for livestock producers that reimbursed up to 80% of losses due to euthanizing animals when the supply chains were backed up last year.

Ducheneaux noted some of the programs approved by Congress put definitive guidelines around the aid.

"We should be able to act pretty comfortably on those without a considerable amount of policymaking, or rulemaking," he said.

With his Native American heritage and decades of work at the Intertribal Agriculture Council, Ducheneaux worked with tribes serving 80,000 Native American farmers and ranchers. He focused on "educating people about the critical role of improved food systems, value-added agriculture, and foreign exports to respond to the enduring economic and social challenges facing Native Americans and reservations," USDA stated when Ducheneaux was named FSA administrator in February.

Also part of the $1.9 trillion aid package that President Joe Biden signed earlier this month is a provision that would eliminate up to 120% of debt in FSA guaranteed and direct loan debt for socially disadvantaged farmers and ranchers. The aid will go to farmers who fall under the 1990 definition of socially disadvantaged farmers. Those include Black or African American, American Indians or Native Alaskans, Hispanics, Asians and Native Hawaiians or Pacific Islanders.

"It's important to step back and understand the reality of those tribal farmers and the other socially disadvantaged farmer groups," Ducheneaux said.

"And because of that, the federal sponsored or federally administered loan programs are really the only way for a lot of our producers in Indian country."

The debt relief provided to minority farmers doesn't point a finger at anyone, Ducheneaux said. "It's a systemic inequality we're trying to address."

Ducheneaux noted the imbalance of farm payments that leans toward the 90% of farmers who do not qualify as socially disadvantaged. Right now in agriculture, the percentage of minority farmers is lower than the proportion of minorities in the overall population. Congressional aid and programs at USDA "are really trying to help bring some equity into that space," Ducheneaux said.

"There's an awful lot of attention being shown on a once-in-a-lifetime, once-in-a-generation, once-in-multiple-generations payments of maybe $4 billion to socially disadvantaged farmers," he said. "We really want to make sure that we highlight the fact we continue to operate and do programs for everybody."

The way the legislation passed allows Agriculture Secretary Tom Vilsack to use discretion in how to provide that loan relief.

"So, right now, we're putting together the briefing documents that will help the secretary understand where that discretion lies, and try to get the program rolled out in the most effective manner, while staying true to the intentions of the Congress," Ducheneaux said.

Producers who would fall under the program are already asking when the loan relief could happen.

"I know that sooner is always better when we're talking about a situation where the interest continues to accumulate," he said. "So, we're cognizant of that and trying to get the data put together so that we can make some really good, informed decisions."

FSA also is trying to answer requests from stakeholders who want to know the number of women farmers who will not be covered by the loan forgiveness. Since 1992, women have qualified as socially disadvantaged for USDA's credit programs. But they are not included in the loan relief because Congress used the 1990 definition.

"Women are not part of this," Ducheneaux said. "We've got to abide by the definition that is only race and ethnicity."

Former Indiana Democratic Rep. Jill Long Thompson -- also a former CEO of the Farm Credit Administration -- championed the definition change for socially disadvantaged farmers in 1992 to include women while serving on the House Agriculture Committee. Thompson said in an interview with DTN that the overall benefits of the legislation outweigh the provision excluding women farmers from the loan relief.

"It would have been good to include women as disadvantaged because I think women are disadvantaged in lending -- business lending and even in consumer lending," Thompson said.

Thompson noted the challenges of drafting the bill and getting the aid package passed. She added that no piece of legislation is perfect, but she thinks the bill addresses some inequities for minority farmers. Thompson also pointed out that minority farmers were largely left out of earlier COVID-19 aid packages.

"I think it's such a positive that this provision was included," Thompson said. 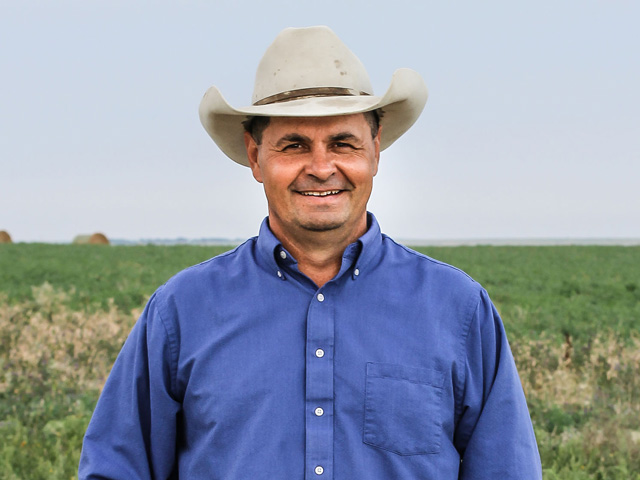