OMAHA (DTN) -- Parties continue to line up in the upcoming Supreme Court case likely to determine the future of small-refinery exemptions, as a number of states and refining interests filed briefs with the court on Monday.

Last week, the EPA announced in a news release it had changed its position on the effect of a January 2020 ruling by the U.S. Court of Appeals for the 10th Circuit in Denver. The court ruled EPA had illegally granted three exemptions to the Renewable Fuel Standard.

Refining interests are arguing to the Supreme Court that the court of appeals' decision -- to require small refineries to have had continuous exemptions from 2011 onward to receive future exemptions -- was a misreading of the law.

REVERSAL ON RULING SHOULD HELP

Matthew Morrison, an attorney for the RFA at Pillsbury Winthrop Shaw Pittman LLP in Washington, D.C., told DTN the agency's reversal on the 10th Circuit ruling should help the ethanol industry.

"HollyFrontier will definitely proceed with its challenge, but EPA's adoption of the 10th Circuit's reasoning should help us," he said.

"Irrespective of the deference the court gives to EPA's new position on whether extensions of exemptions need to be continuous, our view is that the plain meaning of the statutory text, as well as the structure of the RFS and the purpose behind this program, support the 10th Circuit's holding."

In a brief filed on Monday, the states of Oklahoma, Louisiana, Wyoming, Texas, West Virginia, Utah and Montana told the Supreme Court the 10th Circuit ruling may spell the end of small refineries. The EPA classifies small refineries as those producing 75,000 barrels or less per day.

"This decision likely marks the beginning of the end for most small refineries," the states said.

"Few small refiners can currently meet the 10th Circuit's test, and eventually none will be able to meet it. Absent access to the hardship exemption, the whole small-refining industry may soon disappear."

The 10th Circuit ruled three small refineries did not qualify for exemptions because they had not received them continuously since 2011. But the states said the appeals court "overlooked ambiguity in the statutory language" that they believe shows small refineries can attain exemptions at any time.

"These refineries often are the keystone employer in small communities," the states said.

"They provide high-paying jobs and tax revenues and keep the cost of fuel low in the localities they serve. Amici states have a strong interest in ensuring that these important economic engines are not forced to close their doors and lay off their workers because of the misinterpretation of one word in the Renewable Fuel Standard."

The states said EPA's decision to approve exemptions for small refineries that missed prior exemption years was "reasonable and persuasive."

"Absent the hardship exemption, small refineries are not economically viable," the states argue.

"Structural and geographic limitations force small refiners to comply with the Renewable Fuel Standard by purchasing credits on an open market. Volatility in this market, which increased after the 10th Circuit's decision, makes the cost of compliance unsustainable. To put the severity of this issue in perspective, 54 of the country's 135 operating refineries qualify as small under the Renewable Fuel Standard."

American Fuel and Petrochemical Manufacturers said in a brief filed on Monday that the Supreme Court should not consider EPA's recent press announcement in support of the 10th Circuit's ruling.

"The crippling effects of the decision below on the small-refinery industry remain ongoing and are unlikely to subside unless this court returns the RFS program to the status quo ante," AFPM said.

"The decision below has thrown the industry and RFS program into disarray. EPA's midnight reversal of its longstanding interpretation, without notice to affected refineries and the opportunity for public comment, is entitled to no deference."

CountryMark, a farmers cooperative with operations in Indiana, Illinois, Michigan, Ohio and Kentucky, filed a brief at the end of last week telling the court its business is in jeopardy without exemptions. (https://www.dtnpf.com/…)

In a brief filed on Monday, the Small Refineries Coalition said the inability for small refiners to obtain exemptions could hurt the biofuels industry as well.

"Larger competitors, on the other hand, can blend enough renewable fuel both to comply with their own RFS obligations and sell excess credits on the market for windfall profits," the coalition said.

"As a result, small refineries cannot pass on their compliance costs in the fuel they sell if they want their prices to remain competitive. Thus, disqualifying nearly all of the country's small refineries from receiving hardship relief will not help the biofuels industry. All it will do is irreparably harm small refineries and the communities in which they operate without achieving any of the RFS program's objectives." 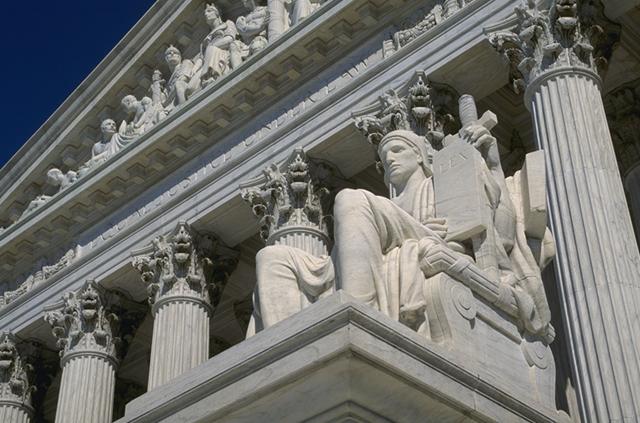