OMAHA (DTN) -- Following pressure from farm groups and farmers themselves, the State Department late Thursday issued a statement declaring that H-2A workers from South Africa may qualify for "national interest exemptions" that would allow them to work in the country.

The State Department bulletin stated H-2A and H-2B program "essential to the economy and food security of the United States and is a national security priority." With that, the State Department added, "Therefore, we intend to continue processing applications for individuals who provide temporary labor and services essential to the United States food supply chain, as permitted by post resources and local government restrictions."

The announcement comes after farmers and agricultural organizations had raised concerns that President Joe Biden's order signed Monday creating a temporary ban on travel of noncitizens into the United States from South Africa, as well as other countries.

Farmers became vocal after the ban went into effect. Elizabeth Jack, who does human resources for her family's farm, Silent Shade Planting Co., in Belzoni, Mississippi, was expecting the first group of South African farmworkers to arrive in Mississippi next week as her family starts prepping for spring planting.

Planning for a new group of H-2A guest workers became an immediate labor crisis this week for Jack and hundreds of other farmers after Biden's order. Suddenly, Jack and her family were worried they could go into planting season without the trained equipment operators that make their diversified crop farm function.

"We're just really concerned," Jack said. "And it just seems like, in the past couple of years, we have a more and more narrow window to get all of the work done. Timing is everything, and if these workers aren't there, then we can't get crops in the ground when they are supposed to be in the ground. We're going to lose yield, and it's really going to hurt our business."

SOUTH AFRICA AND OTHER COUNTRIES AFFECTED

The travel ban goes beyond South Africa and also bans foreign travelers from Brazil, China, most of Europe, Iran, the Republic of Ireland and the United Kingdom. But for most farmers tied to large equipment, the ban that has raised the most concerns is on travelers from South Africa.

Before Thursday's news release from the State Department, Biden's travel ban did not spell out any specific exemptions for foreign guest workers from those countries. The only exemption, which would be decided by the secretary of state and the secretary of homeland security, would be for any noncitizen who would be allowed into the U.S. for "national interest." Farm groups immediately reached out the secretaries of the State Department and Department of Homeland Security to classify H-2A guest workers as necessary for national interest.

The South African guest workers typically come into the U.S. already with some experience operating larger tractors. That has made those H-2A workers attractive to larger farmers who need equipment operators and workers.

Jack's farm has used South African guest workers since 2009, and they make up about 40% of the farm's equipment operators running from planting season through harvest. The farm became spread thin this past harvest, so this year, the Jacks applied for six guest-worker visas for farm labor out of South Africa.

The South African COVID-19 variant arrived in the U.S. on Thursday with two confirmed cases in South Carolina from people who tested earlier in January. The new coronavirus variant has raised alarms among health officials because it is believed to be more transmissible.

Kassi Tom-Rowland, who does human resources for Tom Farms in Leesburg, Indiana, said early Thursday that her family's farm is planning on four equipment operators to help with the farm, with the first pair of workers set to come in late February. The workers will work the entire cropping season for Tom Farms from planting to harvest. Essentially, the South African H-2A workers make up roughly 25% of the farm's labor during the crop season.

"Our guys just can't absorb that much labor if they aren't here," Tom-Rowland said.

Tom-Rowland had been reaching out to the farm's guest workers in South Africa who were basically being told they cannot travel. Even before the outright travel ban, the consulate in South Africa that processes visas is operating on limited hours and staff, as well, so there are already concerns about weeks-long delays in getting visas processed.

Farmers had gotten some guidance that they could send their guest workers to another country, such as Namibia, which borders South Africa. The workers then would have to quarantine for two weeks, and then could potentially travel to the U.S. That translates into more delays for farmers getting labor into the country for spring planting or early Southern harvest for the custom-harvest crews.

"I don't think that's an ideal situation. We're working on all of that, but we hope it does not get to that point," Tom-Rowland said. "That's two more weeks for us waiting on this important labor to get here."

Tom-Rowland said the situation could be dire in Southern states where ground prep, planting and harvesting of winter wheat crops also begins much earlier.

IMPORTANCE OF THE WORKERS

"Overall, it's not a lot of people -- 5,000 people -- that come over here from South Africa, but those 5,000 cover a lot of acres for farmers," Tom-Rowland said. "That's really difficult when farmers are making specific plans for different crops and they don't have the staffing required for them."

The Mississippi Farm Bureau Federation sent a letter to the state's congressional delegation as well, stressing the importance of the South African guest workers. The group stated that roughly 800 guest workers from South Africa work on Mississippi farm operations. Mississippi Farm Bureau noted the workforce was vital for crop production in the state. Pointing again to the appreciation for health concerns, the group stated, "We believe such risks can be safely addressed without placing wholesale travel bans causing significant disruptions to the U.S. economy."

Jack said the H-2A placement service her farm uses had told her as many as 190 farms just in Mississippi had gone through that placement service this year seeking H-2A workers from South Africa to work machinery.

"So that's a lot of farms out there that are going to be struggling to get crops planted," she said. "We're all in the same situation trying desperately to find people so that the crops can be planted. I don't even want to think about what it will be like if it is like last year and we have a really small window to get things done."

USA Rice also sent out a notice to members on Thursday stating that the travel ban would have a significant impact on the mid-South and other grain-producing states. USA Rice also started to get backing from members of Congress to write the secretaries and acting heads of the State Department, Homeland Security and USDA to get an exemption from the travel ban for H-2A workers.

"We feel these bipartisan, bicameral letters will have a great and likely successful impact," USA Rice staff wrote to members.

"While protecting our nation from new strains of COVID-19 is critically important, it is in our national interest to ensure production of food, fuel and fiber," Duvall's letter stated. Duvall said Homeland Security and the State Department should work together to allow workers taking the appropriate health and safety precautions to come into the country.

Last year, then-Secretary of Agriculture Sonny Perdue used his office to reach out to the State Department to ensure consulates would continue allowing H-2A workers into the U.S. when consulate offices around the world were closing down. The State Department last year reopened its visa processing to H-2A workers, citing that those workers were essential to the economy and U.S. food security. Tom Vilsack, Biden's nominee for agriculture secretary, is still waiting for a confirmation hearing next week.

To make it easier to find guest workers, USDA under Perdue also created a farmer portal for finding seasonal H-2A workers. The portal was set up to help farmers deal with the paperwork and other federal departments. H-2A workers and employers not only have to deal with the State Department and Homeland Security, but the Department of Labor as well.

USDA spokesman Matt Herrick, in a statement to DTN, said, "USDA's leadership has reached out to the Department of Labor, State, and Homeland Security this week because agricultural workers and the H-2A program are essential for our businesses and producers. We hope there is a solution that protects us amid this national emergency and also ensures we have a stable workforce. We'll continue to remain engaged." 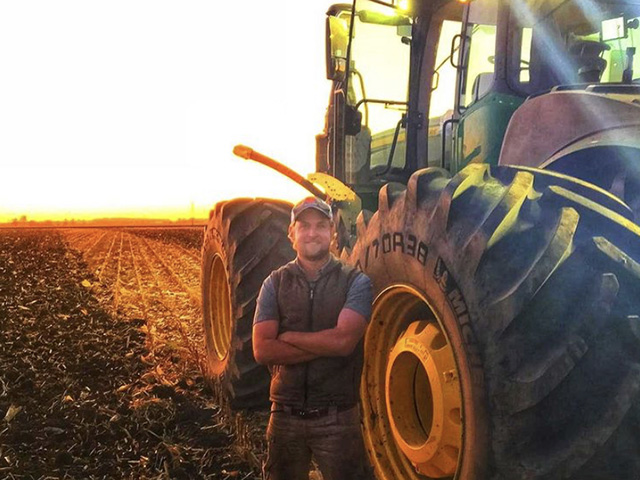