OMAHA (DTN) -- As the Small Business Administration was pumping out hundreds of billions of dollars in aid over the summer, the owners of some suburban homes around Cleveland, Ohio, registered as many as 72 "farm" companies to receive as much as $7.2 million in emergency grants and loans.

The loans and grants to paper businesses that did not exist a year ago reflect some of the fraud that occurred as the SBA sought to provide immediate emergency relief to businesses affected by the COVID-19 pandemic. Federal inspectors have raised questions about billions of loans issued by SBA to help aid legitimate businesses.

As first reported Wednesday by Bloomberg News, an Ohio family started creating businesses with agricultural names in Ohio, starting in May at three suburban Cleveland-area residences. Companies such as Ohio Almonds & Peanuts LLC and Agriculture Worms & Fertilizers LLC started drawing SBA loans of $150,000 and grants of $183,000, which Bloomberg reported would suggest a company that employed 183 people, though Bloomberg stated it was unable to identify anyone who worked at any of the companies.

Other companies cropped up such as Organic Ohio Berries LLC, Organic Cilantro LLC and Garlic Farming LLC. A search by DTN found LLCs started mostly in June by Zaur Kalantarli, who Bloomberg reported is an immigrant from Azerbaijan who came to the U.S. in 2015. Kalantarli was listed on LinkedIn as the CEO of Kalantar Brothers LLC in Los Angeles, California, as well as a real-estate agent in Euclid, Ohio, where one of the homes listed several agribusinesses for the SBA program.

Bloomberg reported Kalantarli and his family members ended up creating 72 companies that received $7.2 million in loans and grants through the SBA's Economic Injury Disaster Loan program. None of the addresses involved showed any signs of farm activity, and none of the companies were active before registering with the Ohio Secretary of State's office starting in May, Bloomberg reported.

Bloomberg searched companies that receive disaster aid and matched them with a database that aggregates corporate records. That showed 10,685 loans went to companies created after Jan. 31.

An investigation by the SBA Office of Inspector General into the SBA disaster programs found at least 22,706 loans and another 45,385 grants, totaling over $1 billion, went to potentially ineligible companies. Much like the Kalantarli businesses, these companies were not in business on Jan. 31, 2020, which was a requirement under the CARES Act to receive SBA aid.

DTN made multiple attempts to contact Kalantarli as well as a Cleveland attorney who Bloomberg reported was hired by Kalantarli to represent him.

Under the EIDL, SBA did not provide the same kind of business category breakdown. EIDL applications also did not go through commercial lenders but were sent directly to SBA staff and contractors for approval. From March through July 31, SBA received more than 14 million applications just for EIDL loans and grants and approved 3.6 million loan applications for $192 billion, as well as 5.8 million grants totaling $20 billion.

At a congressional hearing in early October, the SBA's inspector general said the agency essentially was executing 14 years' worth of loans in 14 days over the summer, which increased the risk of fraud in the program. The SBA inspector general found $14.3 billion in loans went to applicants that later changed bank accounts in the payout of the loans. While some changes were clerical errors, investors also noted highly questionable practices. For instance, 22 loan applications using the same IP address claimed to represent 22 individual farms in six states, and before the $1.9 million loans were dispersed, the applicants sent new bank routing numbers and accounts.

"Fraudsters are going to do what fraudsters are going to do," Hannibal "Mike" Ware, the SBA inspector general, said during the House hearing. "We have to continue to meet with the agency when we find new schemes so that they can pivot quickly to mitigate a lot of the risks and shore up their controls, and I think they have been pretty responsive to that."

SBA did not respond to questions from DTN about the questionable Ohio loans. The agency declined to comment to Bloomberg about individual borrowers, but stated the agency is committed to "mitigating risks of fraud, waste and abuse."

Bloomberg noted neither Kalantarli nor his brothers had been contacted by law enforcement or SBA officials over the loans, but the attorney did state the brothers may have to return the money they received. 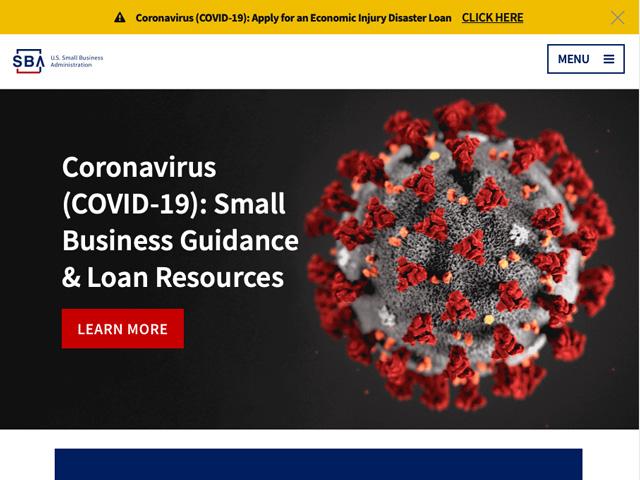