OMAHA (DTN) -- California rancher Megan Brown moved home to work on her parents' cattle ranch. The pay is low, which helps to keep the ranch in her family, and Brown started raising heritage hogs to boost her income.

Health insurance is tricky, but Brown qualifies for Medi-Cal, California's Medicaid program. She's frustrated because Medi-Cal hasn't paid for mental-health therapy, and as a rancher in the middle of multiple years of wildfires, Brown said raising livestock in California's increasingly volatile weather is stressful.

"Agriculture is such a weird animal in that some years you make money and some years you don't," Brown said. "That really makes it hard to deal with insurance unless they offer some kind of blanket insurance where everyone gets the same coverage. If I had to start paying for a plan that was probably what I needed, it would take most of my income, and that would suck because I like to eat."

It's tempting to want to look for a job in the city that would provide better insurance, but Brown, 39, said she loves the work on the ranch. The Affordable Care Act (ACA), and expanding Medicaid in California, were among the reasons that allowed her to come back and work for her parents, she said.

"When the ACA passed, that was actually when I came to work here because I figure it was a little better," Brown said. "If (President Donald) Trump manages to change the ACA, I think I will probably have to go back to town and find a job that will pay insurance for me because I'm getting older and I need better insurance."

Behind only the economy, health care was the second-most-important issue highlighted by respondents to the DTN/The Progressive Farmer poll conducted last month by Zogby Analytics. Forty-eight percent of participants in the survey said healthcare is a major issue for them in the upcoming election. Overall, the majority of respondents to the Zogby poll favor repealing the ACA. Those wanting to repeal carried a 7-percentage-point advantage over those who oppose repealing it (43% to 36%). More respondents to the poll also did not think the ACA has improved their ability to purchase health insurance.

A slim majority of rural Americans in the Zogby poll, 51%, said they have adequate options to purchase affordable health insurance. A large number of farmers in the polls, 43%, stated they get their insurance through a spouse's off-farm employment.

BIDEN AND TRUMP ON HEALTHCARE

Former Vice President Joe Biden stated his first defense in keeping rural hospitals open would be to defend the ACA from being repealed. Biden argues rural hospitals would be at greater risk of closure if the ACA is repealed. His plan focuses on expanding Medicaid, but also maintains reliance on private insurance.

The Trump administration has focused on reducing mandated policy requirements for individual insurance plans. That's one reason the administration is scheduled to take its case to the Supreme Court on Nov. 10, seeking a ruling to overturn the entire ACA.

President Trump has issued executive orders to lower prescription drug costs, including allowing states to import drugs. The Trump administration has also expanded telemedicine, a move that has accelerated during the pandemic. Just last week, USDA announced $72 million in grants for telemedicine and distance-learning projects.

A report last week by the Robert Wood Johnson Foundation and National Public Radio cited that 46% of rural households had used telemedicine in some form since the pandemic began.

Rural Americans have struggled both financially and medically this year. The report found about one in four rural households, 24%, said someone in their home was unable to get medical care for a serious problem during the coronavirus outbreak. More than half of those people, 56%, had negative health consequences as a result.

A separate 2018 study by the Robert Wood Johnson Foundation showed that average health insurance premiums in rural areas were 9% to 10% higher on average than in urban areas. One of the factors was simply lack of competition among providers.

The Kaiser report showed the average family premium going up 4% in 2020 to $21,342. The premium increase still was lower than average. Since 2010 -- the same year the Affordable Care Act passed -- premiums for health insurance through employers have increased 55%, more than twice the rate of inflation and wage increases.

Deductibles are another area that has soared as much as 79% in the past decade on single coverage. Out-of-pocket copayments for services also continue to rise.

States and farm groups have responded to health insurance by offering their own plans that are often underwritten by a major health insurer.

Farm Bureau plans have cropped up over the past few years in Indiana, Iowa, Kansas, Nebraska, Ohio and Tennessee. Most of them start enrollment in the coming weeks.

Indiana Farm Bureau started sign-up Oct. 1 for its new plan offering insurance after state legislation passed to allow that to happen. The group stated INFB members, on average, would pay 30% to 50% less for individual plans and 50% to 70% less for family plans when compared to non-subsidized premiums under Affordable Care Act plans.

On a call last week, members of the group Rural America 2020 warned of unintended consequences if the ACA were repealed.

"If you think about preexisting conditions, I'm sure it affects someone that even you know or someone in your family," said Tim Velde, who farms corn and soybeans at Granite Falls, Minnesota and is a member of the Minnesota Farmers Union. "I know in my family, I'm a cancer survivor. I have a sister who is a cancer survivor, a brother-in-law has a heart condition, or one of my grandchildren has asthma -- all those things are preexisting conditions that would not be covered if the ACA is repealed."

Sen. Chuck Grassley, R-Iowa, who makes a point of holding at least one town hall event in all 99 Iowa counties every year, said he has not heard as many complaints about health care in the past couple of years, partially because the market for the ACA has settled down a little bit. He noted farmers are more unique than most people when it comes to health insurance.

"Most farmers have individual policies and are not in a group, so it's always an issue with them, not only so much getting insurance, but the price goes up," Grassley said.

Still, Grassley pointed out one of the claims initially was that the ACA would bring more competition among insurers to drive down prices. Private companies largely left the individual market, forcing states to change laws so trade groups, such as state Farm Bureau affiliates, could offer policies to members.

"We used to have eight companies operating in Iowa, so there was plenty of competition and places to buy insurance," Grassley said. "So, two years ago, we're down to one company. So, you can imagine how much of a monopoly they have."

Grassley also criticized "Obamacare," saying it did not generate competition, nor did prices go down, and some people have lost access to their primary doctors. "There's three lies by Obama about Obamacare, but they are never considered a lie." 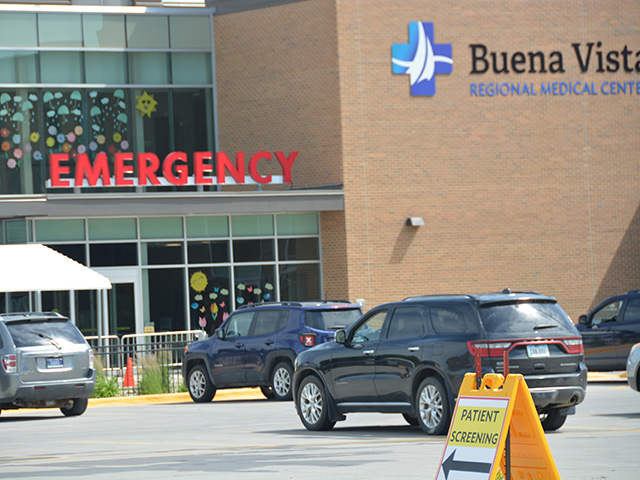