OMAHA (DTN) -- With the prospects of considerably less crop drying in 2020 compared to last year, the propane outlook this fall looks to be favorable for buyers. Propane supplies appear to be plentiful, and prices are fairly steady before grain dryers begin to fire up again, according to propane analysts.

A wild card in production could be what happens if the COVID-19 pandemic pushes the U.S. to shut down again. Last spring showed that production of all crude oil products, including propane, would drop in a shutdown, thus limiting some supplies.

The crop-drying situation this year is completely different from last year, according to Mike Newland, Propane Education and Research Council (PERC) director of agriculture business development.

Crops planted in the spring of 2019 were delayed significantly in many areas because of too much moisture. The situation continued to slow crop development during the growing season, and many crops were harvested at extremely elevated levels of moisture, he said.

Factor in a winter storm hitting the Northern Plains in October 2019 that increased propane demand for home heating and there were some major supply issues last fall, Newland said.

Some ag producers in the region had to stop harvesting corn due to a lack of available propane to dry their wet crops. The issue wasn't supply but instead that propane dealers had problems getting the product where it was needed in a timely fashion, he said.

"We had a big pulldown in a relatively short amount of time," Newland.

Alton Wallace, DTN oil markets reporter, said crop drying should be "much less" than last year. While there will be some propane demand for drying crops, it will be considerably lower than last fall.

Wallace said the COVID-19 pandemic had a huge effect on the oil markets overall this spring and continues to cast a long shadow over the industry even today.

Wallace said one concern for him would be if the pandemic were to again reach levels that would cause local governments to issue shutdown orders. This would have a negative effect on propane supplies, with oil-producing facilities shutting down as they did this spring, he said.

"We could see some propane supply issues if this were to happen again, as less crude oil produced means less propane produced," Wallace said.

Propane demand actually increased this spring during the lockdown. Wallace speculated that, with so many people working from home as well as kids learning from home, they wanted to be warmer, and thus there was more demand for propane to heat homes.

As far as propane prices, Wallace said prices should remain fairly steady as long as there are no supply issues. According to EIA, the average U.S. residential propane price was at $1.869 per gallon on March 30, 2020, the most recent price data.

Because of high-drying-demand situations like those seen last fall, many farmers are changing the way they purchase and store propane.

Levi Taylor, who farms near Ypsilanti, North Dakota, estimated that, before the 2019 growing season, he used about 19,000 gallons of propane each year to dry crops. He planted more corn acres in 2019, so he was expecting to use more propane. But even he didn't expect to use 32,000 gallons of propane last fall.

"The problem was we had to dry soybeans first, and then the corn was just so wet," Taylor said.

While others in North Dakota had issues with propane availability last fall, Taylor said his local propane provider did a good job of getting him propane when he needed it. He said he heard horror stories from other farmers who had to shut down harvest at times for a week or more, waiting on propane for their dryers.

To avoid this in the future, Taylor built a 30,000-gallon propane storage facility this year. The advantages are twofold for Taylor: In addition to having more propane on hand, which eliminates availability issues, he gets a significant price discount since he is able to purchase in bulk.

"I think we are only going to go with one truckload, which should fill it (storage facility) about half full," he said.

Mike Cooprider, a farmer from Howesville, Indiana, said he also invested in more on-farm propane storage in recent years. His storage tank can hold two transport loads, and the next project for him is another storage tank for even more storage.

Cooprider said he purchased a load of propane this summer for $0.75 per gallon and recently locked in the price for the second load. In a normal crop-drying season, he uses three truckloads of propane.

Cooprider said the 2020 growing season was a return to more normal growing conditions. Because of this, the crop-drying season should be less eventful this fall than in the past.

"I think we will be around 24% moisture when we start shelling, and hopefully it will drop into the teens as we go," Cooprider said. "No 28% the whole harvest like 2019."

His soybeans are at a normal growth rate, and they will not need to be dried, he said. 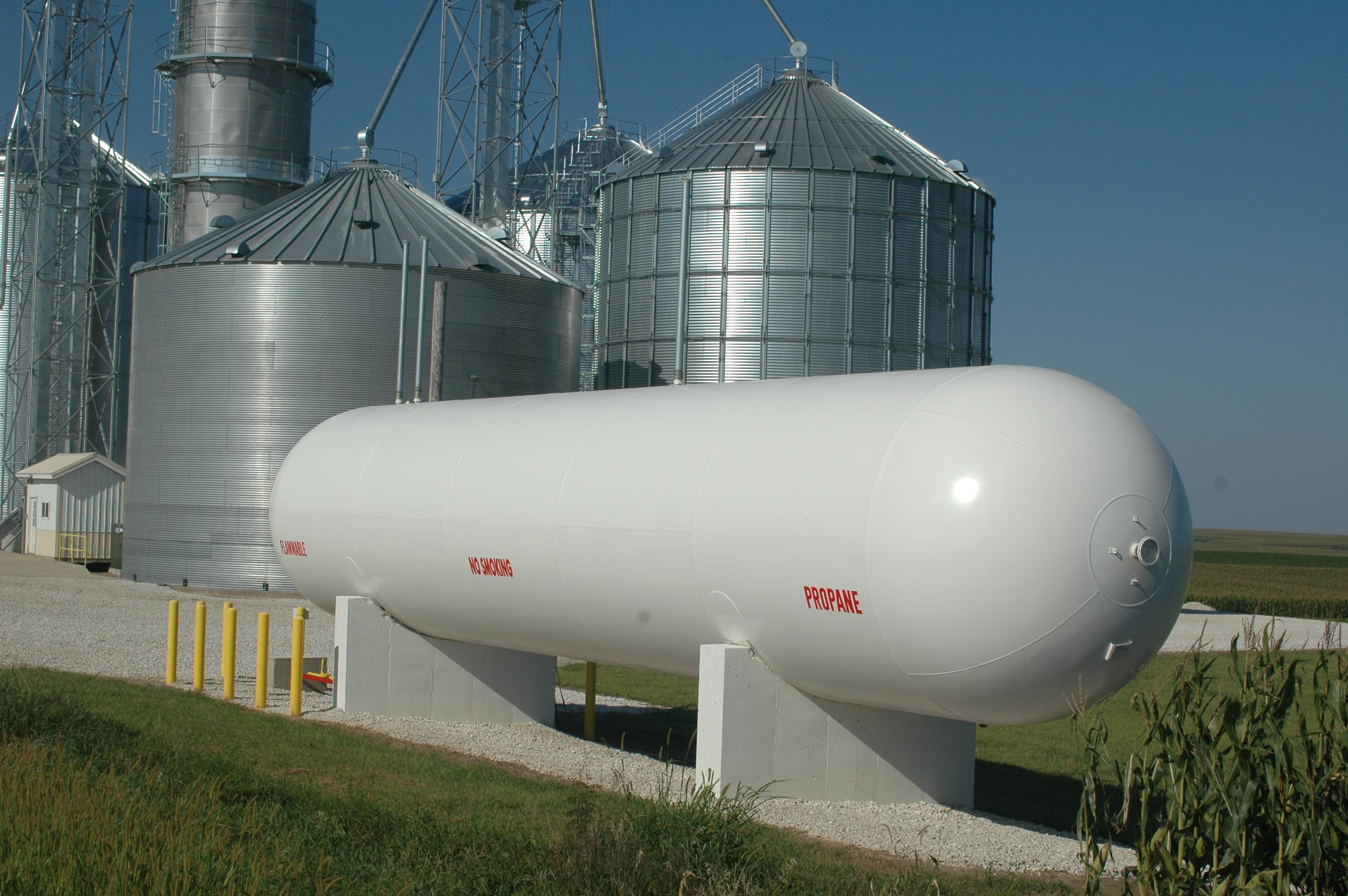