OMAHA (DTN) -- When it comes to attempting to help with a federal emergency, the old adage of "No good deed shall go unpunished" sometimes comes to mind.

Take the plight of ethanol producers.

An industry that produces billions of gallons of alcohol saw its fuel market crash with the country shutdown from the COVID-19 pandemic. Still, at least some ethanol producers stepped in to start selling alcohol for hand sanitizer or started making sanitizer themselves. Then, the Food and Drug Administration concluded possible questions about purity levels outweighed the national health-care crisis and need for greater sanitary conditions.

FDA first sent out a guidance to alcohol producers in late March, basically greenlighting more alcohol-based sanitizer from ethanol producers. Then, the agency changed the rules in an April 15 guidance. The new guidance stated that fuel-grade ethanol needed to meet specific grade requirements and be screened for impurities. But the FDA language was also ambiguous. Further, ethanol plants would have to submit information to FDA on impurity levels because it does not meet specific standards.

RFA leaders said FDA also said they were concerned about contaminants that are not actually in alcohol produced at ethanol plants.

"So FDA is making this far more confusing and difficult than it needs to be," Geoff Cooper, president and CEO of the Renewable Fuels Association, said on a call Friday with reporters.

Tim Winters, president and CEO of Western New York Energy, said his ethanol plant started working early during the pandemic to supply alcohol for hand sanitizer, partially to help area communities and also to keep the plant open while continuing to buy corn from area farmers. State agencies have helped with the regulatory issues, but Winters also criticized FDA for moving the goalposts with the changing guidance.

The New York ethanol plant is also shipping alcohol into Canada for sanitizer. Winters said the rules from Health Canada make it easier to send sanitizer there.

"Their rules have been very clear, very concise," Winters said.

Health Canada provided a simple waiver for alcohol from ethanol plants, recognizing there might be some slight impurities, but the pandemic is driving demand for significantly higher volumes of hand sanitizer to avoid a health crisis.

"Do we really think there will be less demand for sanitizers? I don't believe so," Winters said.

As part of an industry poll conducted by Morning Consult, 78% of the 2,000 or so people in the poll said they support ethanol producers making alcohol for hand sanitizer products. Just 8% said they don't support it, while 14% of respondents said they didn't know or didn't have an opinion.

Still, as FDA has complicated the potential sanitizer market, backers of the petroleum industry make it seem like ethanol producers are making a killing in the sanitizer market. A writer for the website oilprice.com earlier this week characterized that the "hand-sanitizer boom could save the ethanol industry." That's not quite the case, ethanol leaders said.

The worst may be behind the industry as states begin to open up and fuel demand increases. Gasoline consumption last week was 46% higher than it was in mid-April during the peak of COVID-19 restrictions. Ethanol is bringing down some record stockpiles and demand is picking up, but is still lagging behind gasoline at this point.

"We are encouraged by the developments, but far from out of the woods," said Neil Koehler, chairman of RFA and co-founder and CEO of Pacific Ethanol.

The industry also is thankful House leaders included a 45-cent-per-gallon credit for ethanol as part of the Health and Economic Recovery Omnibus Emergency Solutions (HEROES) Act, which was expected to pass the House sometime Friday. The HEROES Act will not pass the Senate and is not supported by President Donald Trump, but it sets a marker that the House included support for the ethanol industry.

USDA on Friday announced it would also start accepting applications for a $100 million grant program to expand ethanol and biodiesel infrastructure (https://www.rd.usda.gov/…). The grants will go to helping boost blend volumes largely through cost-share as high as 50% for fuel pumps or other related infrastructure. The grants can go as high as $5 million. RFA leaders said the grant program would likely help expand the volume of year-round E15 blender pumps across the country. 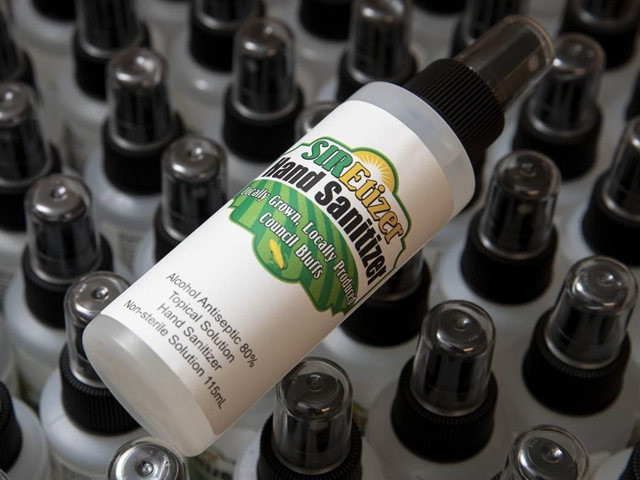