OMAHA (DTN) -- With spring rains that won't cease, farmers will be increasingly pushed over the next few weeks to weigh their prevented-planting options.

The angst over planting is also higher for farmers who hedged a percentage of their 2019-20 corn ahead of planting season. Angie Setzer, vice president of grain at Citizens Elevator in Charlotte, Michigan, said farmers should be talking with their buyers about options.

"You have got to have communication with your buyer sooner or later," Setzer said. "So a lot of guys will hesitate and see if it will get better. You always, as a farmer, have an optimistic thought, 'I'll just wait it out.' That's the worst thing to do because knowing early, and me having a conversation with a grower early, allows me to present a lot of different opportunities."

Setzer added, "If it is keeping you up at night that you are overhedged versus what you have got planted and the reality is you aren't going to do too much more, then it's best to have that conversation and rip the Band-Aid off."

However, Scott Irwin, an Extension economist at the University of Illinois, noted on Twitter that there are no official details on how the second year of MFP will deal with prevented-planting acres.

"I want to see the program in writing before reaching a final conclusion on MFP2 payment for PP (prevented planting)," Irwin tweeted.

The disaster aid package tied up in the U.S. House of Representatives provides USDA with $3 billion for crop losses, included on-farm commodities such as those lost in flooding earlier this spring. But the provision also states that money could be used for "crops prevented from planting in 2019." No more details are mentioned about what that would mean.

The disaster bill passed the Senate late last week, but House leaders allowed lawmakers to leave early, thinking they could pass the bill during a pro forma session. Lone Republican congressmen have objected twice now, blocking final passage of the bill each time.

"It doesn't seem right that people impacted by disasters have to wait another week to get help because politicians wanted to leave early for their congressional recess," Sen. Charles Grassley, R-Iowa, said on Tuesday as he criticized House Speaker Nancy Pelosi, D-Calif., for allowing the House to leave early last week.

Grassley said he has not had any discussions about trade aid with USDA officials, but he said he understands why the department is limiting aid to those who plant a crop.

"I agree with that, and since the money isn't going to go out for a few weeks anyway, I'm not sure I understand why it was important to announce it before maybe two or three weeks from now for the same reason Congressman Peterson said," Grassley said.

Futures prices continue to rise with the planting uncertainty. December corn jumped 17 1/4 cents on Tuesday to close at $4.37 a bushel, and soybeans moved 26 1/4 cents higher for November to close at $8.82 a bushel.

USDA's Crop Progress report on Tuesday showed Illinois corn planting was just 35% complete as of May 26; Michigan corn planting was at 33%; South Dakota was at 25%; and Indiana and Ohio had just 22% of their corn crop in.

In a briefing Tuesday, leaders with the U.S. Army Corps of Engineers highlighted challenges they are facing with increased rainfall throughout the Missouri River Basin. The Corps is planning to raise releases from Gavins Point Dam on the Missouri River to 70,000 cubic feet per second, which could go higher later this week. Corps officials also were increasing water releases from Kansas and Missouri reservoirs.

Soybean planting progress was even worse in many states with just 29% of projected acres planted nationwide.

Higher-priced crops may push more farmers to plant late, but that would already be the mindset for most farmers, Setzer said. "I had guys last year planting corn on June 15 at $3.90," she said. "You want to plant a crop. That's your desire."

Nebraska, along with most of North Dakota, South Dakota and Kansas, moved past the final prevented planting date for corn on May 25. The deadline is May 31 for Iowa, most of Minnesota and Wisconsin, along with eastern Missouri and a few southeastern counties in North and South Dakota.

The Crop Progress report reflects roughly 75% of South Dakota corn acreage likely has shifted in the late-planting season, as well as about 30% of the Kansas corn crop, 37% of North Dakota's corn acres and just under 20% of Nebraska's corn acres.

Keep in mind that even though the term is "final planting date," that is the final date for full coverage. The crop insurance protection during the late planting season lowers 1% each day for the next 20 to 25 days, depending on the crop.

Farmers who take prevented-planting coverage on a first crop can still plant a second cash crop. For corn, the second crop cannot be planted for 20 days after the final planting date. For soybeans, it's 25 days after the late-planting period.

A second cash crop can be insured if the crop is on the policy, but the indemnity on the first crop falls to 35%, as does the premium on the first crop. Planting a second crop, however, also affects Actual Production History. The APH on the prevented-planting crop falls to 60% of approved APH for those acres. On the second crop, APH is then calculated from the actual production.

Farmers who take prevented planting coverage also can plant a cover crop or forage crop, but it cannot be hayed or grazed until Nov. 1.

Kevin Ross, vice president of the National Corn Growers Association, who farms near Underwood, Iowa, went into this weekend at about 60% of his crop planted. He didn't get very far beyond that.

"I know there are guys around here, multiple people who have zero crops planted," Ross said.

On calls with fellow NCGA leaders, Ross said he has heard farmers in the Eastern Corn Belt who also continue struggling trying to get crops planted. "I think, in general, guys are going to plant at least five to 10 days after the final planting date," Ross said. "Most guys want to plant a crop. Most guys want to harvest a crop." 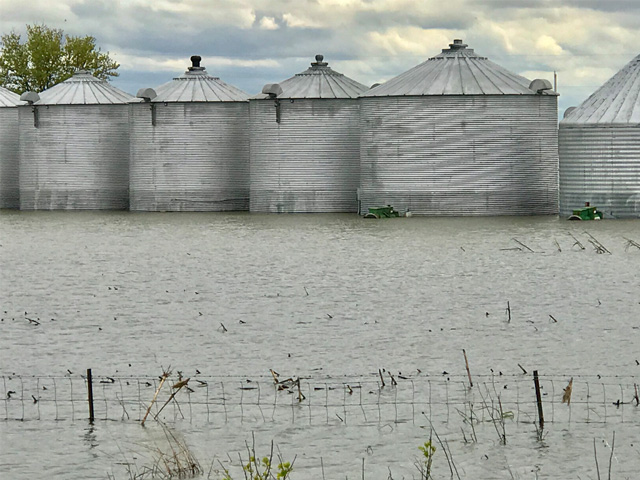