There's been a lot of farm consolidation, but banks have been minding their underwriting standards carefully.

"That said, I don't want to underestimate the stress that I think exists today or could come," she told an audience of farmers and bankers at the Federal Reserve Bank of Kansas City's annual agricultural symposium.

As a member of the Federal Open Markets Committee, George said she supports the Fed's shift from accommodative monetary policy to a more neutral stance through gradual increases in the Fed Funds Rate. While that will help keep the overall economy in check, she acknowledged it could cause pain in some parts of farm country.

"This does not help when you have marginal borrowers or borrowers that are struggling," she said. "It doesn't help with, perhaps, young farmers that incurred a lot of debt for the purchase of land or equipment. And so, there are pockets of stress as we look around. I don't think anything is at the point that we think is alarming at this stage, but the question is: How much longer will we experience this continuation of low commodity prices, low farm incomes?"

Agriculture's role in a global economy -- the symposium's theme -- is increasingly uncertain amid renegotiation of the North American Free Trade Agreement, the U.S.'s steel and aluminum tariffs based on controversial national security rationale and tit-for-tat tariffs with China over intellectual property concerns.

"You hear all the time that there are no winners in trade wars, only casualties, and I think it's also the case that trade wars aren't easy to win because of that," said Joe Glauber, a senior research fellow at the International Food Policy Research Institute and former chief economist for the USDA. "Every time you say, 'I'll punish them, I'll show them. I'm going to raise tariffs,' someone on your side is also being hurt by that. And I think that's particularly difficult when you launch a trade war on multiple fronts."

Several panelists at the symposium from Canada and Mexico said they expect a renegotiated NAFTA agreement will be finalized before U.S. elections, but there are still difficult issues to resolve, like automobiles, dispute settlement and a sunset clause.

Glauber said U.S.'s trade dispute with China could have concerning consequences in the long run. In 1973, the U.S. imposed an embargo on soybean sales that only lasted a few weeks, but it was enough to encourage Japan to begin buying soybeans from Brazil and the European Union to institute new supports for oilseeds, policies the U.S. later challenged at the WTO.

Brazilian soybean prices are $60 per metric ton higher than in the U.S., Glauber said. "If these differentials continue, Brazil producers will have strong incentives to plant more beans, and take most, if not all, market expansion expected over the next few years. I think this is the real serious thing."

U.S. producers could receive some price protection in the short term through revenue insurance since spring price guarantees were set before the trade disruptions caused significant declines in prices. However, if trade uncertainty continues into next year, all bets are off.

Since the trade battles began, President Donald Trump has said farmers would not be hurt. Agriculture Secretary Sonny Perdue has said an aid package for farmers could be proposed sometime early this fall, after prices for fall crops are better known. While there's talk of helping farmers through USDA's Section 32 programs to buy surplus commodities and the Commodity Credit Corporation, it's a concept Glauber struggles with.

"I think while some want to be sympathetic to farmers as pawns in a trade war, I fear this diminishes the cost of such actions and creates a moral hazard, if you will, for policy makers," Glauber said. "These are painful decisions, and it's one thing to start spreading a lot of money around, but where do you stop? Do you stop with farmers? Do you stop with consumers? Do you go with other producers? That list could get really long in a hurry."

He said such assistance would disguise the long-term costs of trade disruptions, even though farm incomes and profitability would still suffer. And there's a bigger risk: Farm profitability is one of the key factors underlying and supporting farmland values. After five years of falling farm incomes, Glauber said he's surprised farmland values have been so resilient.

"I would have thought with the softness in prices that you would see that come down. I think good farmland still captures really good prices," he said. The debt situation is much different than in the 1980s farm crisis, and interest rates, while on the rise, remain low from a historical perspective. "One of the bigger questions I've had is what happens when interest rates go up? Do you start to see softness in land?"

Many bankers at the symposium found the confluence of trade disputes and higher interest rates concerning.

"If this persists, it does worry me," Glauber said. 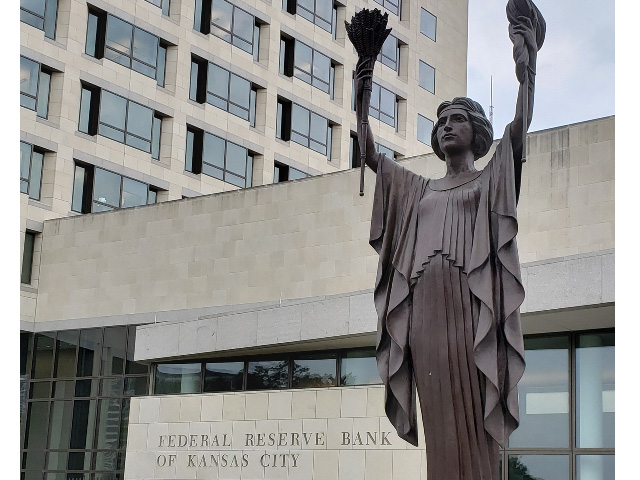