OMAHA (DTN) -- There are no magic bullets when it comes to providing broadband in rural America, but one thing is certain -- it can happen only if there is continued public investment in the industry, a group of industry representatives told members of Congress this week.

Industry officials testifying before a U.S. House of Representatives Small Business Committee subcommittee said there is a need to continue public funding, reduce regulations and lower barriers for entry into the marketplace.

Building broadband in rural America is costly, in part, because incomes generally are lower than in urban areas, meaning the cost to service providers is higher. This makes it difficult for companies to justify business models in rural areas.

Paul Carliner, co-founder of Bloosurf LLC, a company that provides rural broadband access in Maryland, said investments will need to continue to flow from federal, state and local governments.

"Without public investment, rural high-speed internet companies will be limited in their ability to grow and sustain service over the long term," he said. "If a rural community has a high percentage of unserved households, the need for public investment is even greater."

Recently, the Federal Communications Commission launched the Connect America Fund II reverse auction. A reverse auction is when sellers compete to obtain business from buyers, and prices typically decrease as a result of bidding. It would allocate up to $2 billion for rural broadband expansion this year. Carliner said the auction will be a "critical step" in continued expansion of rural broadband infrastructure.

"Without public investment, the business case for private investment in rural broadband is poor," he said. "The capital expenditures are high and the revenue stream is low. The median income of many rural areas is often well-below their urban and suburban counterparts, further limiting revenue."

As a result, large national wireless companies and cable companies do not invest in rural markets. Carliner said the market structure is unfavorable to debt financing and there is a limit to the amount of equity financing a small business can handle.

He said the most effective public investment would be direct capital grants to small rural internet service providers (ISPs) to help build the last mile of infrastructure. The last mile is broadband infrastructure installation into homes and businesses.

Carliner said previous public investments in broadband infrastructure has focused on installing fiber or cable under highways and county roads.

"After a decade or more of public and private investment in the middle mile, the federal government should focus on how to monetize that investment by actually providing service into homes and businesses," he said. "Rural communities paid for this infrastructure through their tax dollars, now it's time they actually get service."

Many rural ISPs find it difficult to access federal funds because of federal requirements. That includes requirements to have large lines of credit, certain operating margins and debt-to-equity ratios that don't necessarily represent how ISPs will perform in the market.

The president's plan would provide $50 billion to the states for rural infrastructure, in general.

"However, there is no requirement that any of that money be used to upgrade broadband networks or expand broadband access," Owens said. "We believe Congress should directly allocate a portion of that money specifically for rural broadband infrastructure purposes."

Before that can occur, however, updates need to be made to maps used by the Federal Communications Commission to detail the breadth of broadband access nationally, Berry said.

In an interview with DTN, Berry said the FCC's data shows 98% of the country has access to high-speed mobile broadband. Such flawed data could risk hurting farmers and rural communities, he said.

"We know in Mississippi it's not 98%," Berry said. "In Kansas and Nebraska, it's not 98%. I have small carriers in Kansas and all over that are trying their best to serve their clients, who are farmers in many instances."

As an example, Berry pointed to a 140-year-old company, Union Wireless. The company services Wyoming and Colorado in an area roughly the size of Great Britain. "It's a lot of territory out there and if you don't have a broadband access out there you can't do precision agriculture," Berry said.

The White House wants to spend $10 billion on rural broadband and the FCC is committing $4.3 billion now as well. If the access maps are flawed, however, then funding will flow the wrong direction, Berry said. The maps can work against expanding broadband in rural areas. If there is one home in a particular area with good service, he said, then the FCC indicates broadband is available even if most of the homes or farmland in the area can't get a signal.

"We're going to make bad decisions because of bad data again, and it's not going to help the people I represent or their customers," he said.

Click here to view more information on this fund: http://bit.ly/…

"Congressional action to close the digital divide must include funding for areas where private capital alone does not support a business plan for mobile broadband deployment," he said. "This can be achieved through adequate appropriated funding and a reliable Universal Service Fund program."

In addition, the Bipartisan Budget Act enacted in February 2018 includes $20 billion for rural infrastructure during the next two fiscal years.

Owens said many of his companies also face costly regulation and reporting requirements.

Several service providers have analyzed how much time and money are spent completing filings for the FCC, the Rural Utilities Service through USDA and other entities.

"The estimates run around $80,000 to $90,000 annually," Owens said. "Environmental and historical preservation reviews are also costly and add significant costs for small businesses."

Owens said one of his member companies in Idaho, for example, wanted to bury conduit along an existing road on forest service land. Although the forest service regularly sprays along the road to keep vegetation from encroaching, he said the company had to pay for an environmental assessment to judge the potential for environmental harm.

"We have received estimates from our member companies that these types of reviews can add 18 to 24 months to the length and 10% to 20% to the cost of broadband projects," he said.

For example, Fitzgerald said the use of Internet of Things (IoT) devices and machine-to-machine (M2M) communications is becoming more prevalent in agriculture and energy development.

"These technologies benefit all Americans, not just those living in rural markets, and depend upon reliable wireless connectivity," she said. "But IoT devices and M2M connections are often located in the sparsely populated areas that are far away from towns and major highways." 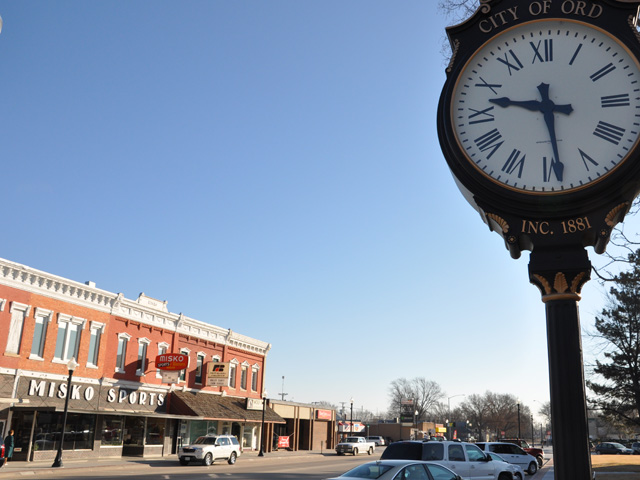