NEW ORLEANS, La. (DTN) -- The state of the fertilizer industry was among the presentations at the 2017 Fertilizer Outlook and Technology Conference that began Tuesday in New Orleans, Louisiana. Despite some major challenges, the industry contributes much to the nation's economy in terms of money and jobs while trying to protect the environment, speakers said.

The fertilizer industry contributes $155 billion to the nation's economy, as well as 495,000 jobs (both direct and indirect jobs) and $36 billion in annual wages, said Melinda Sposari, senior manager for economic service for The Fertilizer Institute (TFI), in a presentation Tuesday. These findings were some of the data TFI unearthed from a study of the financial impact of the fertilizer industry.

For the study, the business was broken into four distinct groups: raw materials/manufacturing, terminals/wholesale, transportation/logistics and the retail sector. This includes direct and indirect contributions, as well as supplier contributions.

Sposari reported raw materials/manufacturing contributed 23,000 direct jobs with 700 manufacturing sites in the U.S. Terminals/wholesale kicked in 15,000 jobs and 3,000 facilities in the country. In addition, this grouping also contributed $3 billion to the economy.

Transportation/logistics had 55,000 jobs and a $5 billion impact on the country's economy. The retail segment had 51,000 jobs and $23 billion were added to the economy. Retailers also had 8,000 locations across the country.

Sposari reported major shifts in how retailers operate is occurring in this branch of the industry.

"They are moving from a strictly sales-based industry in the past to today more share-based decisions with their customers," Sposari said.

Kathy Mathers, vice president of public affairs for TFI, said the business climate has changed for all businesses in recent years. Consumers equally punish businesses just about as often as rewarding them for their business practices, she said.

She cited Chipotle as a prime example as a business that has been punished for their actions.

The fertilizer industry needs to focus on different aspects, such as the economic and the environment impact, as well as social benefits, she said. This is important to millennials, as 94% of this age group believe it is important to work for socially aware companies, Mathers said.

People today also have more information than ever before and thus they also have less trust in institutions, Mathers said. Trust is key and will be in the future, she added.

The fertilizer has worked hard in recent years to increase trust and lessen the effects of the industry on the environment. Mathers cited the percent of greenhouse gases captured and not emitted by the industry has increased from 8.9% in 2013, to 9.9% in 2014, and up to 13.2% in 2015.

Capital investment in the industry has also increased in recent years, spurred by limiting the environmental impact of the industry. In 2013, fertilizer had investments of $1.99 billion and this number jumped to $3.48 billion in 2014 and $5.12 billion in 2015.

Other positive achievements by the industry was using smart technologies at fertilizer facilities to limit losses from waste heat, as well as reclaiming or restoring land from surface mines and returning these acres to various uses for both people and wildlife.

Mathers said while TFI is the aggregator of this data concerning the positive things the fertilizer industry does, people in the industry also need to shape the stories told about fertilizer today.

The data doesn't just sit in a book somewhere. "We use it in social media, presentations and for education purposes," she said. "We need to tell every bit of good in the stories we tell about the issues." 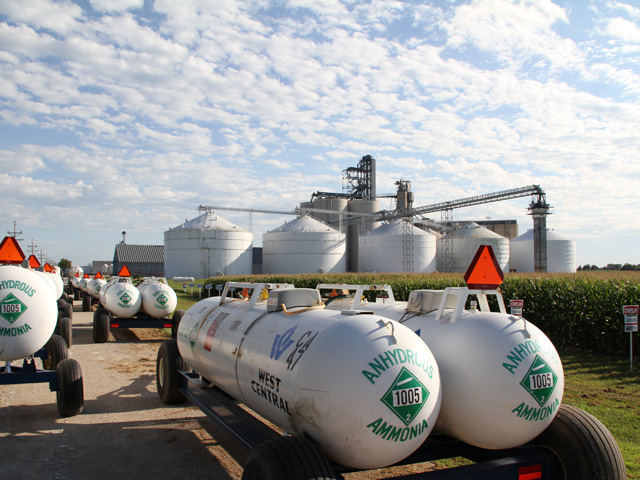