DES MOINES (DTN) -- Farmland buying interest is strong among outside investors but current land values are not yet cheap enough for most investors to lay their money down, said Steve Bruere whose firm, Peoples Company, hosted its 10th Annual Land Investment Expo with over 700 participants from 30 states recently.

Tim Meyer with Equity Advisors Inc. based in Chicago said his attitude toward farmland is neutral but encouraging.

"Agriculture is leveling out. We'll see what happens. Demand for grain has been strong. Economies around the world are holding on. It looks like we could see improvement in 2018. [Farmland investors] are looking," said Meyer who in the past couple months purchased another corn/soybean farm. "We could see land values drop another 5% to 7%, but the supply of land on the market is still tight," Meyer added.

"The farmland market is generally down, but it's situational," noted Moe Russell with Russell Consulting Group, of Panora, Iowa. "In November and December, we actually saw Iowa land values jump in some areas," Russell reported. "I think that's because of higher-than-expected crop yields and optimism after the Trump election. Things in agriculture are quiet right now; farmland values could do down a little more, but generally attitudes are upbeat. 2016 was the third year of the slump in grain prices and corn historically follows a three-year cycle. So, 2017 could be a lot better than 2016. The big question mark is weather and acres," Russell said.

Jim Knuth with Farm Credit Services of America, which lends to farmers in Iowa, Nebraska, South Dakota and Wyoming, reported his lending institution has "very few troubled borrowers. Yields in 2016 were a godsend," said Knuth. "Bushels mean revenue. It gave everyone a boost. Corn yields north of 200 bpa were a godsend."

Dennis Gartman who publishes The Gartman Letter which specializes in the capital markets and economic outlook said he was bullish on grain, cotton and energy. "Why? Because those markets have stopped going down. When markets stop going down on bad news, they are ready to turn around," Gartman explained. He also expects interest rates to increase, especially because two "hawks" have replaced two "doves" on the voting panel of the Federal Reserve's Federal Open Market Committee. "But, I think, at most we'll get two interest rate increases in 2017," said Gartman.

Steve Eisman, who was featured in the movie "The Big Short" because he foresaw the 2008 financial crisis, also spoke at the Land Investment Expo. "Right now I do not worry at all about the financial institutions in the U.S. for the first time in my 30-plus years of covering the financial industry," he said. His advice: "I'm bullish on bank stocks." If lending deregulations go through, "leverage will go up and bank profits will go up as a result," Eisman predicted.

Another speaker at the conference, Grover Norquist, president of Americans for Tax Reform, made three solid predictions in the upcoming tax reform package: Death tax (federal estate tax) will be gone. AMT (alternative minimum tax) will be gone. And, the top capital gains tax rate will be 16%.

However, the tax reforms will have to be revenue neutral at the end of a 10-year period, so some current deductions will be eliminated. One proposal is to eliminate tax-deferred Section 1031 like-kind exchanges. This would affect some farmland buyers who use exchanges to defer capital gains taxes.

"This is being discussed now," said Norquist. So, he advised land buyers who want to have input on this issue, to get together now and make your concerns known. "[Congress and the Administration] are moving quickly now on putting together a tax package," Norquist reported.

Most participants at the conference who spoke to DTN summed up their attitude in typical farmer fashion as "cautiously optimistic." 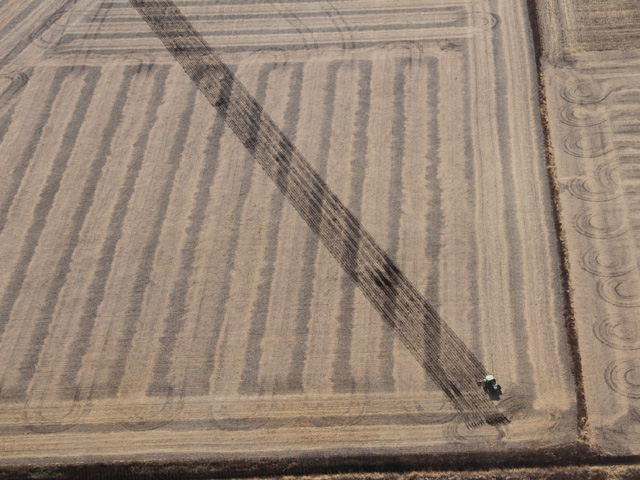