Drought, of course, has actually gone on for two years in a row and has reduced the U.S. hay supply to the lowest on record dating 50 years back to 1973. Writing in the Oklahoma State University Cow-Calf Corner newsletter, extension livestock marketing specialist Derrell S. Peel noted that all the top 10 states for hay stocks had lower inventory compared to the 10-year average and collectively were down 20.8% from the Dec. 1 stock number average from 2012 through 2021. "Other top 10 states were down from the 10-year average ranging from Tennessee, down 10.9%, to Oklahoma, down 32.7%," Peel wrote. Production was also sharply lower than average. "Hay production in 2022 was the lowest on record in data that began in 1974. Total hay production in the top 10 states combined represents 43% of U.S. total hay production and was down 18.7% compared to the 10-year average for those states," he noted. Included in the top 10 hay-producing states are eight of the top 10 states for beef cow numbers along with the No. 1 and No. 3 states for dairy cow numbers (California and Idaho).

DTN Staff Reporter Russ Quinn, who also owns a cow herd, has experienced the low supply and resulting much-higher prices during this winter season so far. "Forage crops last growing season were only about half of what we normally get," Quinn said in an email comment, noting that he had to buy high-priced hay to feed his cows. "Roughly $200 per ton alfalfa is kind of insane but we needed some alfalfa to mix with brome and cornstalk bales we grind together," he said.

Winter storm patterns and activity are cutting that available hay supply even more. Long-range weather forecasts for February suggest below-normal temperatures and above-normal precipitation in the western and central U.S., including many primary cow-population areas. Soil moisture for the 2023 hay crop is looking better. However, between now and the first cutting of the 2023 crop, Peel is concerned that the impact on cow numbers due to feed availability issues may not be over.

"Decreased Dec. 1 hay stocks means that the cattle industry could face additional liquidation this winter and is particularly vulnerable to severe winter weather in the next couple of months," Peel said. 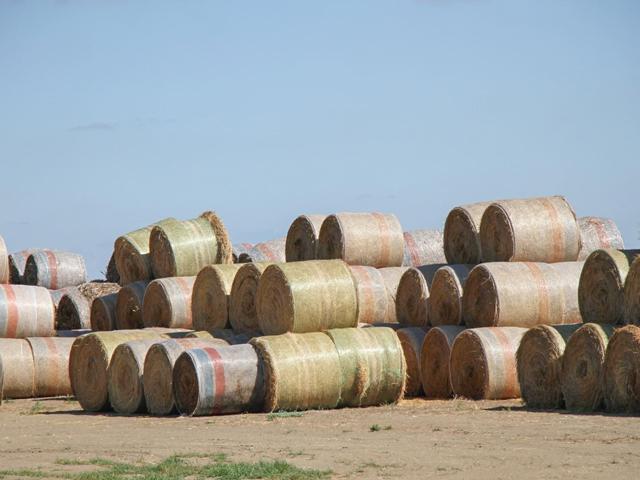