OMAHA (DTN) -- The U.S. Senate on Thursday voted overwhelmingly to force railroad union workers to accept a deal negotiated earlier this fall while senators also rejected a House-backed plan that would have given the railroad workers paid sick leave.

The votes Thursday by the Senate came swiftly for the chamber where one senator can often force procedural moves to slow down a bill. The Senate voted Thursday afternoon 80-15 (with one senator voting "present") to require the 12 railroad unions to accept a contract and avoid a potential railroad strike on Dec. 9. The bill now goes to President Joe Biden who had called on Congress to act on Monday.

Congress last voted to end a railroad strike in 1992, but waited until two days after the strike began before acting.

The Association of American Railroads, representing the businesses that would shut down, had stated a rail strike would cost the U.S. economy $2 billion a day.

Farm groups had been concerned about the impact for the movement of grain, fertilizer, ethanol and other products if the workers actually walk out. They were among hundreds of business groups that also had called on Congress to act.

"We are extremely relieved that Congress took action to head off a strike that would have had serious consequences for America's farmers, who are grappling with an increase in input costs and barge rates due to severe drought conditions on the Mississippi River," said Tom Haag, president of the National Corn Growers Association. "Today's actions are an excellent example of Congress working together to get things done on behalf of the American people."

"NGFA members, which include more than 1,000 companies that handle U.S. grains and oilseeds, commend Congress for working in a bipartisan manner to avert a national rail shutdown," Seyfert said. "Resilient and reliable rail service is essential to the daily operations of NGFA members and is crucial to a functioning agricultural economy."

Ethanol groups, pointing out roughly 70% of ethanol also is moved by railroad, also breathed a sigh of relief.

"American ethanol producers can rest easy tonight knowing that the rail strike that's threatened their ability to plan for the last several weeks has been successfully averted," said Emily Skor, CEO of Growth Energy. Skor added, "the economic harm would've been especially severe in our industry."

The trucking industry, which would have been overloaded with demand if the railroad workers strike, also thanked Congress for acting. Chris Spear, president and CEO of the American Trucking Association, said truckers rely on rail for their own diesel fuel, which is already in short supply in parts of the country.

"Hospitals, businesses and ordinary Americans depend on freight rail and trucking for daily necessities, and the trucking industry has neither the equipment nor the manpower to replace a single day of lost freight rail service," Spear said. "Truck transportation and railroads are much more complements than substitutes -- there is no way the trucking industry can replace all the rail freight. We appreciate Congress stepping up and ensuring that the nation's wheels -- be they steel or rubber -- keep moving."

The negotiated rail agreement that initially avoided a strike back in September stemmed from recommendations from a Presidential Emergency Board (PEB) last summer. It included a 24% pay raise through 2024 for the 115,000 or so rail workers, as well as $5,000 bonuses. The PEB did not address the issue of sick days for those workers.

But members of four of the 12 unions involved in the negotiations voted to reject the deal, leading the risk of a strike starting Dec. 9.

The lack of paid sick days was a major sticking point through talks that began even before the pandemic hit. The unions had requested as many as 15 sick days, but the PEB had recommended just one additional personal day, DTN Basis Analyst Mary Kennedy reported in November.

The House, on largely a party line vote, passed a bill Wednesday that would give workers seven paid sick days. That bill had the backing of at least some of the unions involved, including the Brotherhood of Maintenance of Way Employes Division (BMWED), which had voted not to ratify the labor deal, as well as the Brotherhood of Locomotive Engineers and Trainmen (BLET), whose members had ratified the earlier agreement.

Senate leaders scrambled to get the chamber to vote on the bill to block the strike, as well as the sick leave legislation and a proposal by some Republicans to delay the union "cooling off" period by two months.

The sick leave bill needed 60 votes to pass but only received 52 votes, with 43 senators voting against it. The vote to delay a possible strike by 60 days failed in a 25-70 vote as well.

In choosing to support the president's call to block the strike, GOP Sens. Kevin Cramer of North Dakota and Cynthia Lummis of Wyoming wrote their colleagues that Congress had been put in an "undesirable" position, but was forced to act. Power grids would be jeopardized by the lack of movement of coal, and grocery stores would begin to be empty, they suggested.

"Implementing an agreement that roughly half of the unionized workers support, along with all of their leadership, is the most responsible path forward," the senators wrote. "Inserting ourselves further into a labor dispute will only cripple future labor negotiations for the railroads and other similar industries." 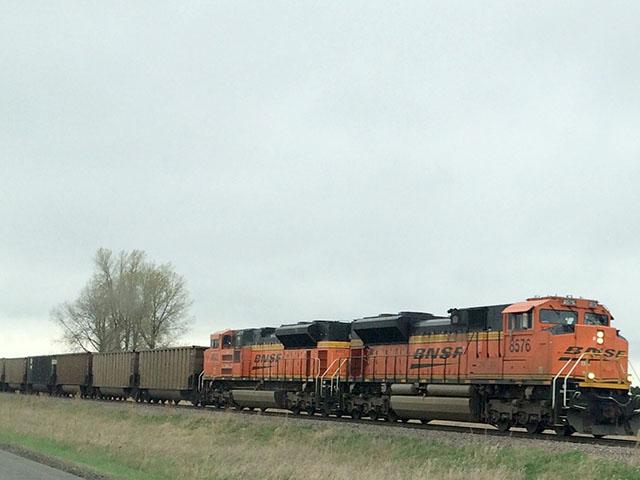