The running joke from participants going into the three-day forum in downtown Kansas City was that only four people around the country understood how the Federal Milk Marketing Order (FMMO) works, and two of them died last year.

Zippy Duvall, president of the American Farm Bureau Federation, said the forum was full of different factions. "We have historically fought against each other," he said. "Today, that is over with."

Duvall said dairy farmers in his organization want better price discovery and more transparency in the price on their milk checks. He called on those in the meeting to draft guiding principles or recommendations the industry could take to USDA.

"If this works, maybe we can do it again down the road after we have accomplished something," Duvall said.

HISTORY OF THE FMMO

The Federal Milk Marketing Order goes back to the Depression era. Dairy farmers went to Congress seeking to offset the imbalance of power from having a lot of dairy farmers, but few buyers. The FMMO was born.

"I know many of you think the federal system doesn't do enough for you," said Dana Coale, a USDA Agricultural Marketing Service deputy administrator over the dairy program.

Right now, dairy farmers are facing similar challenges to what producers faced in the 1930s when the program began, Coale said.

"We have a lot of producers, and we have fewer buyers. There is an imbalance of market power. That imbalance existed in the 1930s," she said.

However, Coale also added, "The federal system wasn't designed to guarantee you a profit. That's not its purposes."

The purpose of the FMMO is to ensure an adequate national supply of fresh and wholesome milk for fluid consumption. The FMMO is also supposed to ensure dairy farmers have stable and reliable milk markets. The system ensures minimum prices through pooling, as well as accurate payments, weights and testing.

While considered "archaic," Coale said, "The system evolves and changes as the industry needs it to change."

There are actually 11 federal orders around the country, based on region, though there are also large sections of milk production not under the FMMO.

The FMMO does not regulate producers but regulates Class I milk handlers -- processors that sell fluid milk products. Those processors are the only ones USDA's AMS regulates 100% of the time. Nearly 95% of fluid milk nationally is covered by a federal order, while a few state orders cover the rest.

Class II, III and IV dairy processors -- makers of cheese, butter or other dairy manufactured products -- are only part of the FMMO if they elect to participate in the program. As of 2021, only about 52% of non-fluid milk processing is covered by a federal order. These processors can jump in and out of the system, however.

Essentially, more dairy production is going into processing other than the fluid milk market. There also is a wider gap regionally as dairy farmers in the upper Midwest, for instance, send more of their milk to cheese processors rather than fluid-milk markets.

One reason changes may be needed for Class I fluid milk is that more milk plants are closing in high-population areas. That stacks up transportation costs to deliver fluid milk to urban centers. It's also going to make it more difficult to ensure the primary purpose of the FMMO, which is supplying fluid milk to consumers.

"If something is not done, we're going to be spending more money to haul raw milk and haul packaged milk to consumers," said Calvin Covington, a retired CEO from Southeast Milk Inc. cooperative.

Covington said there are various reasons why those urban processors are closing, which could include their real estate becoming more lucrative in a city. The industry also has seen three major bankruptcies over the past two decades by processors that had multiple plants that closed.

One of the problems with the Class II, III and IV processors is they can jump in and out of the pool in a given month. Covington said that is a problem that needs to end.

Another issue that came up frequently in table discussions is "block voting" by cooperatives, a provision allowed since 1937. A cooperative can cast a vote on a FMMO policy on behalf of all its members, but increasingly, there are divisions between the wishes of a cooperative-processor and the individual farmer producer.

An Ohio farmer brought up a problem Friday that the milk check producers receive is often detailed in such a way nobody can understand how their milk is priced.

"Why don't you guys want a pricing program where every dairy man understands what they are doing?" said Roger Baker, a member of the Ohio Farm Bureau. "They have given up on how their milk is priced."

Baker isn't a dairy farmer himself, but added his commodities rely on dairy farmers to buy them. He said he and others from Ohio at the meeting had talked with other dairy producers in the state about some of their challenges.

Covington agreed the details on the check get too complicated. "We need to make the milk check stub simpler," he said.

HOW TO CHANGE THE FMMO

Duvall and others also highlighted they wanted solutions that could be considered administratively by USDA rather than going to Congress to seek changes. Duvall said including lawmakers would lead to more complications with the FMMO and regulations.

"The answer to what we need in this industry is in this room, it's not on Capitol Hill," Duvall said.

Covington also stressed there is more opportunity for dairy farmers and their policy proposals to be heard by going to USDA rather than Congress. "Whatever changes, you dairy farmers need to do it," Covington said. "Don't leave it up to Congress to mess it up."

At USDA, Coale said the process to change the FMMO takes anywhere from a year to 18 months of rulemaking. The process is set up to ensure that dairy producers and other organizations have multiple hearings and a comment period.

Following the three-day meeting, AFBF and the National Milk Producers Federation issued a joint statement with other state dairy groups declaring support for the FMMO system but also the need to consider changes "that better reflect today's milk markets."

The groups said the pandemic disruptions were one factor highlighting a need to modernize the marketing orders. The groups also anticipate USDA will hold an official hearing in 2023 to look at FMMO price formulas for all four dairy pricing classes.

"An amended pricing system should improve price discovery, improve the clarity of the program, continue to support timely payments to producers, and reduce price incentives to de-pool milk," the groups stated. "We are encouraged by the healthy discussion at this week's Federal Milk Marketing Order Forum and look forward to continuing the discussion about promoting a healthy dairy industry through modernization of federal order pricing." 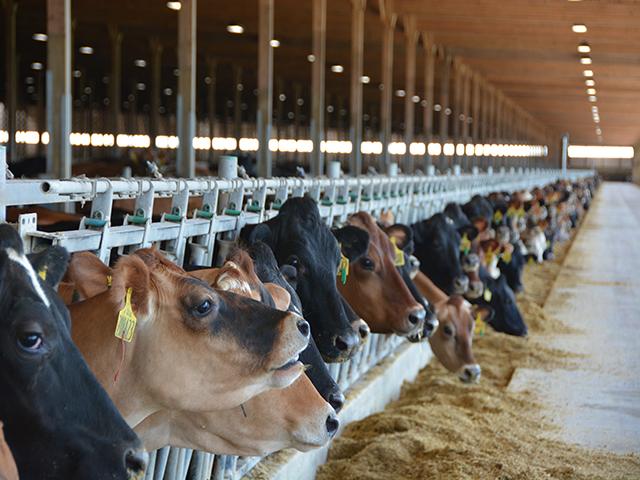