OMAHA (DTN) -- Agricultural groups on Wednesday gave their nod of approval to the long-awaited nomination for a new chief agricultural negotiator at the U.S. Trade Representative's Office (USTR).

Doug McKalip, who has more than 29 years of service at USDA, currently is a senior adviser to Agriculture Secretary Tom Vilsack. McKalip works in policy and regulatory issues at USDA with a focus already on issues such as international security, biotechnology, research and renewable energy, according to his biography. McKalip also served as senior policy adviser for rural affairs at the White House Domestic Policy Council during the Obama administration.

"Doug McKalip is highly qualified and exceptionally capable of serving the American people as chief agricultural negotiator," Vilsack said. "Having served as a key agriculture policy official for nearly three decades, he has worked on every aspect of farming from soil conservation, and the supply chain to dealing with sensitive trade and national security matters. Through his service, he has represented American farmers around the world and advocated for U.S. agricultural products and technology."

The nomination comes as countries around the world are worried about grain supplies and food shortages while U.S. agriculture also tries to understand where agriculture will fit into the new Indo-Pacific Economic Forum. There is also a myriad of bilateral issues tied to individual commodities such as ongoing dairy disputes with Canada and growing concerns about biotechnology policies in Mexico.

The U.S. Grains Council congratulated McKalip on the nomination, noting, "He will be able to use his strong background in farm and trade policy and his knowledge of biotechnology to advance trade priorities and open markets for U.S. corn, sorghum, barley and co-products. Upon his confirmation, we look forward to working with him in his pivotal role at USTR."

Chuck Conner, president and CEO of the National Council of Farmer Cooperatives, said filling the role of agricultural negotiator at USTR is critically important to agriculture both in expanding markets and dealing with the food crisis caused by Russia's invasion of Ukraine.

"Throughout his three-decade career at the U.S. Department of Agriculture (USDA), he has been a champion of America's farmer, ranchers and rural communities, making him an excellent choice for this role. Once his nomination is formally submitted, we urge the Senate to take it up without delay and vote for confirmation," Conner said.

The National Milk Producers Council and U.S. Dairy Export Council also both offered their backing for McKalip. "He has seen firsthand how opening new markets and lowering tariffs on American dairy products have been essential to the success or our farmers, manufacturers and workers," said Krysta Harden, president of USDEC. "Additional market opportunities await American dairy, as global consumers reach for our high-quality, sustainably produced products when given the chance. As Chief Agricultural Negotiator, he will have the opportunity to help us continue to grow and thrive through exports, which today account for over 17% of domestic milk production."

The American Soybean Association congratulated McKalip on the nomination, and the National Corn Growers Association stated the group is pleased his nomination is moving forward.

McKalip's nomination comes following USTR being without a chief agricultural negotiator since the end of the Trump administration. The Biden administration's last nominee for the position, Elaine Trevino, was nominated last October and received backing from more than 170 agricultural groups, but the Senate Finance Committee never held a hearing on Trevino's nomination. She withdrew her name in mid-March and began working in another role in the administration.

Sen. Ron Wyden, D-Ore., chair of the Senate Finance Committee, issued a statement touting the importance of U.S. Trade Ambassador Katherine Tai having "a full team that can ensure USA-grown wheat, berries, meat and other ag products can reach markets around the world. Mr. McKalip has an impressive history of public service in this field. I look forward to reviewing his nomination and filling this high-profile role."

Since then, senators had requested President Biden quickly name another nominee to the post. U.S. Sens. Debbie Stabenow, D-Mich., chairwoman of the U.S. Senate Committee on Agriculture, Nutrition, and Forestry, and John Boozman, R-Ark., ranking member, wrote the president in early April highlighting the need for a new chief agricultural negotiator at USTR.

Regarding McKalip's nomination, Stabenow said, "The Chief Agricultural Negotiator position is essential when it comes to growing new markets abroad and protecting our producers from unfair trade practices. That's why I've led my colleagues in urging the White House to fill this important position. As a member of the Senate Finance Committee, I look forward to reviewing Mr. McKalip's nomination."

In mid-May, the White House also nominated Alexis Taylor, director of the Oregon Department of Agriculture, to be undersecretary for trade at USDA. The Senate Agriculture Committee has yet to set a confirmation hearing date for Taylor's nomination.

The Senate Agriculture Committee will be discussing trade on Thursday with a hearing set for 10 a.m. Central Daylight Time on agricultural trade priorities. Details on the hearing can be found here: 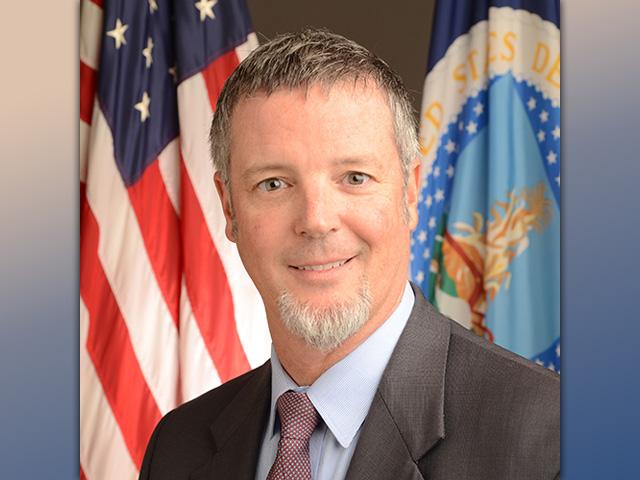