OMAHA (DTN) -- Sounding alarm about drought and water stress in western states, senators and western water experts are trying to see how the next farm bill can play a role to keep western farmland in production.

Led by Sen. Michael Bennet, D-Colo., and Sen. Roger Marshall, R-Kansas, a Senate Agriculture Subcommittee on Conservation, Climate, Forestry and Natural Resources held a hearing Tuesday looking at the challenges of persistent drought in western states and the impacts on farms and forests.

Bennet said the hearing was to "sound the alarm about the water crisis in the American West." He added, "The West has not been this dry in 1,200 years -- 1,200 years. And if we don't get our act together here, it's going to not only put our western agriculture at risk, but the American West as we know it."

Bennet noted the Colorado River provides drinking water to 40 million people in seven states and 30 tribes. It also irrigates 5 million acres of agricultural land, along with driving $26 billion in tourism annually. Yet the river "is running out of water" and the two major reservoirs, Lake Mead and Lake Powell, are at the lowest levels since they were filled more than 50 years ago.

The Colorado senator also pointed to how Congress reacts when hurricanes or other natural disasters strike, saying, "Washington springs into action to protect those communities." Bennet said that kind of urgency and response is needed when it comes to the Western water crisis as well, adding "Its consequences are far more wide-reaching and sustained than any one natural disaster."

Marshall added the western one-third of Kansas looks a great deal like eastern parts of Colorado as farmers and ranchers face drought and wildfire risks. Describing the sometimes harsh conditions on the High Plains, Marshall pointed to three words from a reporter during the Dust Bowl "If it rains," adding, "This is not new, but it's certainly exacerbated. Even today, these three words dictate the entire livelihoods on the High Plains."

Marshall also noted recent reports from the last crop tour project a decline in Kansas' winter wheat crop of more than 100 million bushels from last year, adding that's more than $1 billion in value to the state of Kansas.

"This lack of rain not only hurts farm production at its most crucial time, but it also adversely affects ranchers and families who fall victim to raging wildfires."

Yet, rain falls at interesting times. Tom Willis, a farm owner in Liberal, Kansas, told senators a phone call from his wife earlier Tuesday morning informed him that his area got 1.2 inches of rain overnight, the first measurable moisture on his farm since last August, he said. Willis farms about 7,500 irrigated acres in western Kansas and he has implemented various efficiency measures on his farm to save water, but also remain profitable. Willis warned senators that the water challenges need to be addressed now.

"This problem is real. It cannot be kicked down the road, at least in western Kansas," Willis said.

Andy Mueller, general manager of the Colorado River Water Conservation District, told senators about the river's demands, which now exceed the Colorado River's flow every year. Pointing to warmer temperatures and consistently less snowpack for the river, Mueller said there is no single solution to adjust to the rapidly changing climate. He pointed to the need for projects such as "strategically placed small reservoirs" that could help, referencing USDA programs such as PL 566 to help "adapt in real-time."

While the next farm bill also can help increase investment in forest management and water infrastructure, Mueller said there needs to be more incentives to help improve agricultural water efficiency and perhaps limit irrigation on marginal grounds or hobby farms. He encouraged more support for productive agriculture and lands.

"The federal government should not fund the retirement of productive agricultural land," Mueller said.

Given that the Colorado River is already over appropriated and overused, Mueller added there would also be more conflict between cities and agriculture. "It is likely that our agriculture in the Colorado basin will be greatly diminished," Mueller said.

Sen. Tommy Tuberville, R-Ala., said he's spent a lot of time traveling to western states and seen the problems in areas such as Lake Powell. He asked about the core of the problem and where it starts.

Courtney Schultz, an associate professor at Colorado State University and a forestry expert, told senators about research related to forest fires showing significant increases in temperature has changed the timing of precipitation patterns as well as patterns in wind and humidity.

"Fundamentally we have to reduce carbon emissions and slow climate change. That's ultimately where the solution lies." Schultz said.

Earl Lewis, chief engineer for the Kansas Department of Agriculture and Water Resources, representing the Western States Water Council, pointed to the timing of rainfalls, which now are more intense and can lead to flooding when communities do not have a way to capture and store it. Lewis highlighted the need for more federal infrastructure through the Bureau of Reclamation and Army Corps of Engineers. He also talked about the need for better data and longer-term precipitation forecasting to improve the lead time for water supply planning as well as planning for farmers. At least some senators have introduced bills to establish a water data framework as well.

Willis also added the next farm bill should use USDA conservation programs to develop more incentives for producers to try new technology. Willis said a lot of farmers might not have the resources he has, owning other businesses, so they might be less willing to "step out of the box" to try new ways to reduce water usage. Those farmers simply can't afford to take the risks, he said.

Mueller noted federal bureaucracy can be slow, but the farm bill and other federal programs are needed to move quickly to help support farm production going forward.

"We need to act, we need to act in a way that supports the agricultural community," Mueller said.

Missing from the Senate hearing was discussion about California, where state lawmakers are looking to spend as much as $1.5 billion to buy out water rights from farmers. California is classified as severe drought across much of the state and faces growing conflicts between water usage in areas such as the Central Valley and the water needs of Southern California cities. The Associated Press reported the $1.5 billion plan would be enough to buy about 200,000 acre-feet of water while California farmers use as much as 35 million acre-feet per year. 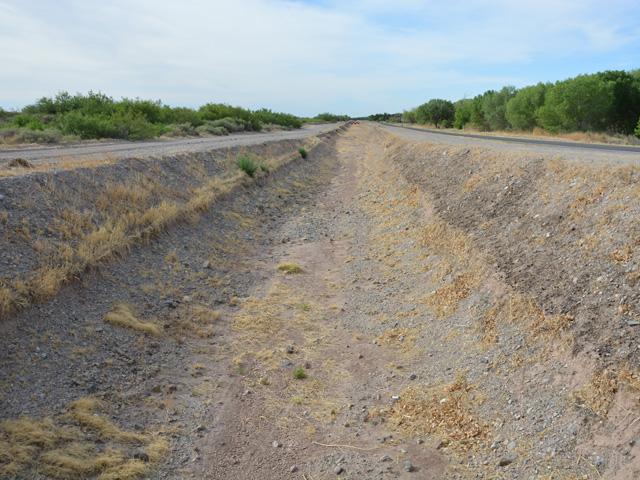