The equipment market is a tough play these days. Delayed deliveries, rising interest rates and heavy demand have shot a heavy dose of angst and price inflation into both new and used equipment. The question farmers face is this: Buy new or buy used?

The used market for tractors has been on a tear for two years. "Used combine values didn't start taking off as early (as tractors), but their relative value growth throughout all of 2021 was even steeper than tractors," says Andy Campbell, marketing director for Iron Comps. Iron Comps is owned by Tractor Zoom, based in Urbandale, Iowa. Tractor Zoom connects buyers with auctioneers and dealers.

Over two years, 2020 and 2021, used combine prices are up 34%, according to Tractor Zoom's data. Row-crop tractors? There has been an almost 50% increase in value over two years. Planters are hot. "But you won't necessarily see that in average sale price data," Campbell says. Higher-quality planters were taken off dealers' lots early, leaving the units with fewer amenities behind. That less-sophisticated-planter stock brings down the average value for planters remaining on the dealer lot or at auction. It is not really an accurate reflection of the demand or price in the used planter market.

Sales of new tractors and combines are mixed, but the price picture is sharply clear. The Association of Equipment Manufacturers (AEM) reports that machinery prices rose 11.7% in 2021 over 2020. That's a number not likely to improve this year.

You might predict new unit sales are down because of that. Indeed, according to its April 2022 tractor and combine report, AEM reports that U.S. total farm tractor sales fell 22.3% compared to April 2021. Much of that is found in declining sales of tractors 100 horsepower and below. Combine sales are down 14.5% for the first four months of 2022 compared to the first third of 2021.

But some good news, at least from an industry perspective, is found in the two-wheel-drive, 100-plus-horsepower segment. April sales rose 3.2% from April 2021. Sales of 100-horsepower, two-wheel-drive tractors are up 9.5% in the first four months of 2022, compared to the same timeframe last year.

"That's the best indication (manufacturers have) of where the ag market economy is going," says Curt Blades, AEM's senior vice president, industry sectors and product leadership. "It's pretty reflective, in my opinion, of where farm attitudes are right now."

But it is important to remember the quantity sold, the price, or the written sales contract does not always predict the date on which a unit sees its first day of work. Delivery day can be a long way off.

"Supply chain remains the No. 1 difficulty our member manufacturers are facing," Blades says. "(Computer) chips get a lot of attention. But it could be that we get the chips figured out and then something else happens, transportation happened or there is another thing." Note that transportation currently is a big problem.

"There are a finite number of U.S. tractors out there as well," Blades says. "The (short) supply of new (tractors) continues to sort of plague the industry a little bit. That magnifies itself also with the U.S. used market. So, do (used and new) affect each other? Absolutely. Sometimes used drives the new market, and sometimes new drives the U.S. used market."

"What I think is happening is that farmers do want new equipment. But when they go to the dealership, (they find) lead times of six months at least -- maybe a year," says Campbell.

That is intimidating for some because they don't know what interest rates will be several months into the future. Buyers wanting to update their equipment line may choose not to wait for new. Instead, they do dip a toe into an already-hot used market. They trade that new unit delay for a few hours on used -- even at the premium built into the used market today.

"I never thought rising interest rates would significantly boost the sale of equipment, but I believe (interest rates) are contributing to demand in the used equipment market now," says Campbell. "New equipment, which is worth more than used, is not likely going to be delivered for another six to 12 months. Unless they are sitting on a fat mattress full of cash, the farmer will probably have to take out a loan at the time of delivery. But at what interest rate? I think it's really the short supply, interest rates and lack of assurance that they can get what they need is driving those would-be new buyers into the used market." 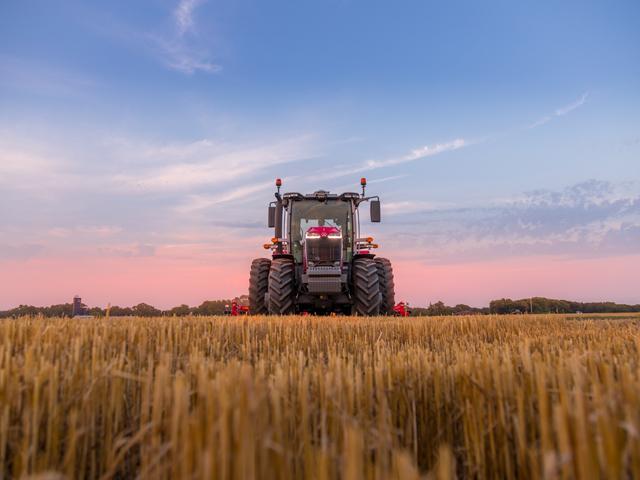