The Renewable Fuels Association (RFA) detailed how poor rail service is having a negative impact on the entire ethanol industry in written testimony sent to the Surface Transportation Board (STB) on April 22. The STB is scheduled to conduct hearings on the issue April 26-27.

"As you know, ethanol plays a critical role in our country's energy security, making up more than 10% of the U.S. fuel supply," said RFA President and CEO Geoff Cooper.

"The majority of the ethanol produced in the U.S. (over 70%) is transported via railway to its final destination across the lower 48 states as well as Canada and Mexico. In fact, U.S. railroads typically transport more than 370,000 carloads of ethanol per year, accounting for almost 3% of total U.S. rail ton-miles. Thus, our industry is heavily reliant on efficient and timely rail service," Cooper said.

"With the crisis in Ukraine and the subsequent concerns regarding instability in U.S. and global energy supplies, it is imperative that the robust supply of lower-cost American-made ethanol safely and efficiently reaches fuel consumers in a timely manner."

Cooper added: "The rail traffic congestion issue and subsequent decision to meter traffic is leading to major disruptions for our members and is impacting their ability to maintain production and deliver vitally important fuel ethanol to the market. In many instances, both manifest and unit train traffic has been significantly delayed and this is leading to fuel terminals running short on ethanol needed to blend for retail consumption. In some cases, where on-site storage is reaching capacity, some producers are having to reduce ethanol production rates until cars are made available. Recent data from the Energy Information Administration (EIA) shows that weekly ethanol production rates have fallen in four successive weeks, with many producers citing rail logistics issues as the primary culprit for reduced output."

The most recent EIA data Cooper referred to showed ethanol inventory was drawn down for a third week through April 15, with the 500,000-barrel decline pushing U.S. inventory to a 24.3-million-barrel, three-month low. The stock draw was realized as production from domestic ethanol plants declined for a fourth straight week, sliding 48,000 barrels per day (bpd) or 4.8% to 947,000 bpd -- more than a six-month low. Since this report came out April 20, cash ethanol prices have been rising every day. It's extremely difficult for plants to take advantage of the high ethanol cash prices if they can't move their rail cars in a timely manner.

"We understand that nearly every sector of the U.S. economy is suffering from supply chain challenges; and those sectors that are dependent on rail service for their transportation needs are experiencing challenges similar to what we are experiencing in the ethanol sector," said Cooper. "However, U.S. ethanol is currently the lowest-cost fuel available to fuel blenders during this period of record or near-record fuel prices. Ethanol plays a vital role in maintaining our current energy supply and security. If the current rail traffic congestion issue worsens for ethanol producers, it has the potential to significantly hinder our ability to maintain critical fuel supplies for U.S. consumers."

Because of those reasons, RFA is urging STB to "take all actions necessary to prioritize the rail transportation of fuel ethanol from its point of origin to its final destination. This action is needed to ensure that the lowest cost liquid fuel alternative is available to U.S. consumers across this country at a time when it is needed most."

For more on rail service issues, see the April 25 Market Matters Blog, which includes with links at the bottom of the story to all filings and to each railroad's most recent service metric reports including dwell times, cars held and other issues. There is also a link to information about the hearings and how to listen in: https://www.dtnpf.com/…

For more about poor rail service in the biofuels industry, see the Ethanol Blog from April 14: https://www.dtnpf.com/… 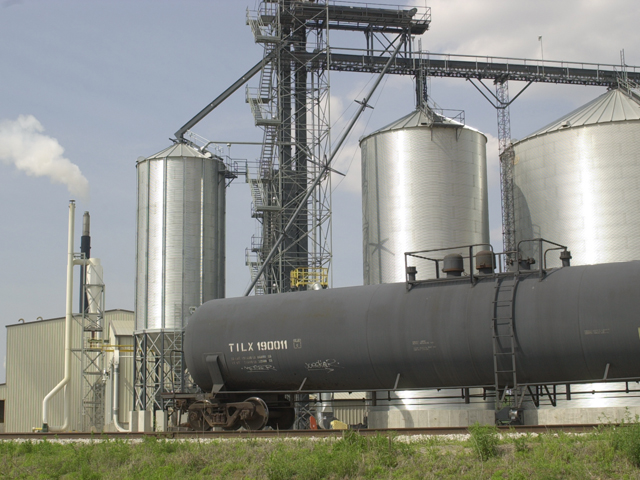