OMAHA (DTN) -- When it was U.S. Sen. Deb Fischer's time to ask questions of witnesses Tuesday about the cattle markets price discovery bill that she has shepherded through the Senate, the Republican and Nebraska rancher also submitted a letter of support from the Nebraska Cattlemen organization.

Fischer read part of the letter as well, explaining why no member of the Nebraska Cattlemen was on hand to testify about a bill its members support.

"None of our producer members we encouraged to testify were willing to put themselves out front for fear of possible retribution by other market participants -- an unfortunate reality of today's cattle industry," Fischer said, reading the letter.

In a repeat of hearings in Congress regarding cattle markets during the past year, arguments and opposing views among senators and cattle producers continued Tuesday in the Senate Agriculture Committee about the role of government oversight in cattle markets given the highly concentrated nature of the meatpacking industry.

The committee held a hearing focusing mainly on S. 4030, the Cattle Price Discovery and Transparency Act of 2022. The bill would require USDA to establish minimum levels of negotiated cash trade for fed cattle by dividing up regions of the country. The cash-trade floor would depend on the number of packers in a region, availability of fed cattle, and the number of contractual arrangements -- alternative marketing agreements (AMAs) -- in each region as well. The mandate for cash trade would fall to packers that on average handle at least 5% of daily fed cattle slaughter.

The bill also would create a library at USDA of AMA contracts that would allow cattle producers to see the premiums others are receiving.

Witnesses and senators fell into two separate camps Tuesday, though Republicans were split with five GOP senators on the committee co-sponsoring the bill. Backers pointed to market control exerted by four major packers that control 85% of fed-cattle slaughter nationally. The CEOs of those four companies will get their chance to speak Wednesday, as the House Agriculture Committee will hold a hearing likely covering a lot of the same ground.

"The fact of the matter is these packers are doing pretty darned well," said Sen. Jon Tester, D-Mont., a farmer who doesn't sit on the Senate Agriculture Committee but who backs Fischer's bill as well as being the lead sponsor of another bill that will create a new special investigations office at USDA to deal with Packers and Stockyards Act violations.

Tester added, "I can guarantee you one thing: If we walk out of here today and we don't pass these bills, we will see the same result that we've seen for the last 100 years. And in the end, our food security is put at risk."

Tester, Fischer and Sen. Chuck Grassley, R-Iowa, have led the drive to mandate minimum negotiated cash trade and demand more scrutiny of the way the largest packers operate. They pointed to the erosion of cash trade in cattle markets as packers have locked up supplies through AMAs. Still, cash trade around the country sets the base prices on which the AMAs rely.

"This is not a new issue," Fischer said. "This is not an issue that came about due to COVID. It has existed for years." She added, "I understand the value of AMAs. They can provide economic returns and operational efficiencies. ... However, AMAs rely on the negotiated market, often using publicly reported price information to set their base prices."

Grassley pointed to the long history with trying to bring more competition into the packing industry that he said links the four big packers with "a cozy relationship with big feedlots in four of five states." He noted Iowa and Minnesota have the highest percentage of choice-grade cattle but also are among the highest in cash sales. While cash trade has eroded over time, Congress has stood by and let it happen, he said.

"It always ends the same -- more profit for the packers and independent producers going out of business. Market reform is needed right now."

Tester's bill would create a new USDA office with subpoena power to investigate and prosecute violations of the Packers and Stockyards Act. Despite the push in Congress to beef up scrutiny of packers, that hasn't shown up in USDA's budget during the past decade. Andy Green, a senior adviser on fair and competitive markets at USDA, also testified that the Packers and Stockyards Division at USDA has seen a 40% decline in staffing since 2010, and that doesn't include staffing problems at the USDA General Counsel's office.

"We need people to do the hard work and to make sure to be able to be responsive and look at these complicated markets and understand them to be effective," Green said.

Much of the criticism to market reforms revolved around mandating certain levels of negotiated cash trade by the big packers.

Sen. John Boozman, R-Ark., ranking member of the committee, said, "I understand, and I share the frustration of cattle producers." Still, Boozman raised questions such as how many cattle producers would lose out on formula premiums. His staff showed a chart listing that 340,000 to 2.5 million cattle in Texas, Oklahoma and New Mexico would have to move out of AMA contracts.

Citing information from Texas A&M University and Steven Koontz, an agricultural economist at Colorado State University, Boozman said the legislation "will cost cattle producers between $23 million and $249 million annually, depending on how the secretary of agriculture decides to implement the law."

"I think we need to look in the mirror in how overregulation is impacting the situation that we're in right now," Marshall said.

Opposing the bills from the producer side was Shawn Tiffany, president-elect of the Kansas Livestock Association and a member of the National Cattlemen's Beef Association's live cattle marketing committee. A custom feeder who feeds out about 70,000 head a year, Tiffany said a majority of cattle producers oppose the government mandating a minimum level of negotiated trade. He also pointed to the American Farm Bureau Federation changing its policy this year to oppose government requirements for minimum cash trade as well. Tiffany said the legislation would take away the premiums that his customers use to feed out their cattle with his operation.

"This bill would end my business model as it exists today," Tiffany said. He added, "What it's going to do is apply 20-year-old pricing mechanisms to an industry that has advanced beyond just cash trade."

Fischer noted she, too, was a member of NCBA. She pointed to NCBA trying to expand voluntary cash cattle trade, a program that has failed to achieve its goals, "and it didn't work because the packers didn't participate."

Fischer added, "NCBA also said if the voluntary program didn't work, we should compel programs," and added that she typically opposes mandates as well.

William "Ricky" Ruffin, a Mississippi cattle producer testifying for the U.S. Cattlemen's Association, said he used to have multiple options for selling his cattle, but he's now essentially down to one buyer most of the time. He often sells into Texas and Oklahoma where a high percentage of cattle are already contracted. Ruffin added he doesn't have any objection to AMAs, but when those contracts become the entire market, then there is no place for independent producers to sell.

"We sell our cattle in an environment where there is very little cash cattle traded," Ruffin said. He added, "Without a cash value, they have put the independent feed yards out of business."

"When you are talking as the whole market is AMAs, then I have no place to go with my cattle," Ruffin said.

While some bemoan that mandating negotiated cash trade would take away from producers in AMAs, Ruffin said it would incentivize others to sell by negotiating their prices on the spot market or sale barns.

"So, if you could get a fair market for your cattle, other than an AMA, I daresay a lot of these people would come back to a cash market," Ruffin said.

Shelly Ziesch, a cattle producer from Pettibone, North Dakota, and a member of the North Dakota Farmers Union, cited that the lack of enforcement of the Packers and Stockyards Act has caused more consolidation and anti-competitive practices. Ziesch said she wants her family farm to continue to the next generation.

"That is why I spent the last two weeks trying to save newborn calves during our historic blizzards in North Dakota," she said.

Ziesch urged the committee to pass the two bills "because they will provide my three daughter and my grandchildren the transparent and fair markets they need to carry on our family's ranching tradition."

Ziesch said her best day at the sale barn was when two cattle buyers were mad at each other and sought to outbid one another. But she pointed to the impacts of consolidation on pork, poultry and even barley production.

Ziesch said her family used to be barley growers, but now barley is grown strictly on contracts now.

"So, you have no outlet for any barley if you're growing it in the open market. It is strictly contract growing, and if you didn't have a contract, you aren't given acres into a new contract. So, they aren't taking any new producers. And this is where I can see the beef industry going if this continues to go as it is."

The House Agriculture Committee will hold a related hearing at 9 a.m. CDT on Wednesday with the CEOs of Cargill, JBS, National Beef and Tyson Foods all expected to testify. In written testimony released Tuesday by Tyson,

"Tyson does not set the prices for either the cattle we buy or the beef our customers purchase. These prices are set by straightforward market forces, namely available supply and demand," King stated. 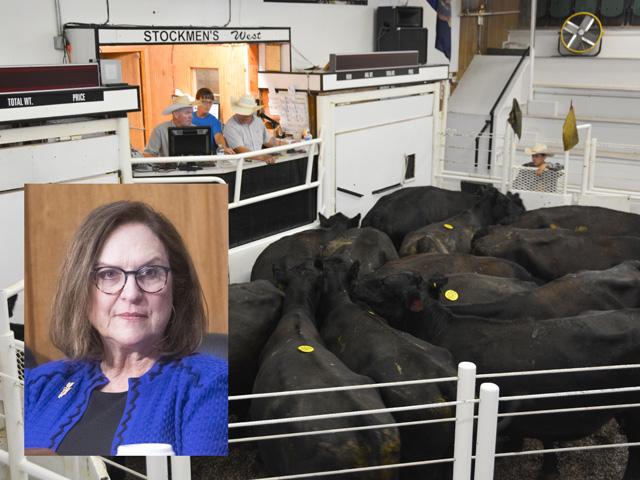