Editor's Note: There is an updated version of this story posted here: https://www.dtnpf.com/…

LINCOLN, Neb. (DTN) -- A federal judge on Wednesday rejected Bayer's $2 billion Roundup settlement, saying in an order it would not adequately address the concerns of families who may later be diagnosed with non-Hodgkin's lymphoma.

At the beginning of February, Bayer announced it had reached a $2 billion settlement resolving outstanding legal issues related to the herbicides glyphosate (found in Roundup) and dicamba.

Attorneys representing cancer victims objected to the proposed settlement earlier this month in a hearing before Chhabria.

In his opinion, Chhabria said Bayer's proposed settlement was "clearly unreasonable," with "glaring flaws," that "vastly overstated" the potential benefits to future cancer victims from Roundup, particularly those who have not yet been diagnosed. The proposed compensation would only be considered for those who develop NHL within four years of settlement.

"The attorneys pushing this deal repeatedly intone that it will be difficult for Roundup users who are diagnosed with NHL in the future to get a trial, given the limited capacity of courts and given that many plaintiffs will be 'in line' ahead of them," Chhabria said in the order.

The judge added plaintiffs giving up their ability to seek punitive damaged at trial would diminish the future settlement value of their claims.

In June 2020, Bayer reached a settlement of between $8.8 billion and $9.6 billion to resolve current and future litigation on glyphosate and dicamba. But that agreement ran into legal troubles and has not been fully finalized.

According to a Bayer news release, the settlement would establish a fund to pay between $5,000 to $200,000 to future plaintiffs who allege they developed cancer from glyphosate use. The settlement would make a total of $2 billion available and last four years.

The company would also create an advisory science panel "whose findings would not be preclusive but can be used as evidence in potential future litigation" involving class members.

The company said it would work with EPA to "provide greater transparency" and access to glyphosate studies. That would include adding a reference link on the glyphosate labels to provide consumers with access to scientific studies and information.

Bayer acquired Roundup brands as part of its $63 billion purchase of Monsanto. Bayer continues to maintain that glyphosate is safe, regularly pointing out that the EPA and many other countries' regulatory agencies support glyphosate's continued use.

Bill Freese, science director at the Center for Food Safety said in a statement, "We applaud the court for resoundingly rejecting this proposed settlement, which would leave many Roundup-using victims of non-Hodgkin lymphoma high and dry in order to limit Bayer/Monsanto's liability for their carcinogenic herbicide."

Bayer did not respond to DTN's request for comment. 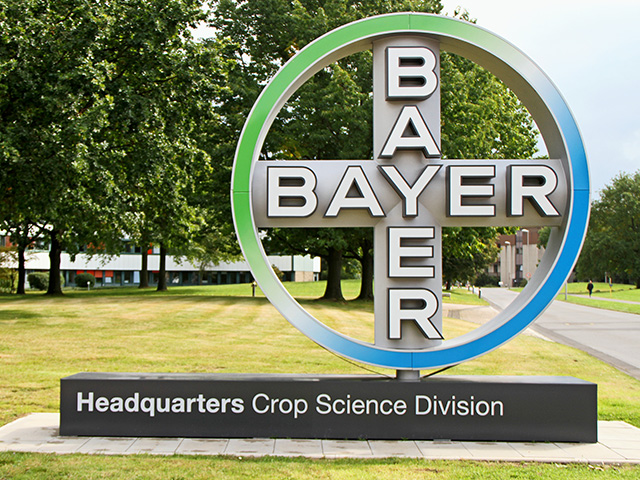