OMAHA (DTN) -- Mexico will allow imports of all U.S. potatoes nationwide no later than May 15 following meetings Monday between Agriculture Secretary Tom Vilsack and Mexican Secretary of Agriculture and Rural Development Victor Villalobos that could lead to a boom in sales for fresh potatoes into Mexico.

The move on potatoes addresses a 25-year trade complaint by the U.S. potato industry with Mexico as fresh potatoes have faced repeated trade barriers.

Vilsack, however, also indicated in a press call Tuesday that talks with Mexican officials over biotechnology and crops such as corn were "frank" and will not be easy to resolve. Mexican officials announced last year that it would phase out biotech corn for human consumption and refrain from any new biotech approvals.

Vilsack said he met with Mexican President Andres Lopez Obrador, as well as Villalobos and the Mexican minister of trade about at least 25 pending biotechnology traits involving a range of crops. Vilsack said he stressed the lack of access to biotechnology could raise food costs, as he pointed to the possibility of Mexican cattle feeders being potentially forced to rely on non-GMO feed, which would be "incredibly expensive," the secretary said.

"It was very helpful for me to meet with the president," Vilsack told reporters. "There was a robust discussion about this. I think I made an impression."

The secretary said he hopes his talk with President Obrador will "create momentum" for the Mexican government to reconsider its stance on biotechnology.

Despite long-standing restrictions, Mexico is the largest overall market for U.S. potatoes, valued at $394 million in 2021, which includes processing potatoes such as chips as well as frozen or dried potatoes. Mexico also is the second-largest export market for fresh table potatoes at $60 million despite trade restrictions that limited sales within about a 16-mile zone from the Mexican border. The National Potato Council estimates full market potential for fresh table potatoes could reach $250 million a year.

Vilsack and Villalobos announced that the United States and Mexico have concluded all necessary plant health protocols and agreed to a final visit by Mexican officials to California this month to finalize expanded access for U.S. potatoes to the entire Mexican market. The agreement will allow access throughout Mexico for all table stock and chipping potatoes by May 15, according to USDA.

The National Potato Council stated appreciation for Tuesday's announcement, thanking Vilsack, his team and the U.S. Trade Representative's Office for their work. "Given the history of this 25-year trade dispute, we are waiting to declare victory until we see durable exports of both fresh processing and table stock potatoes throughout all of Mexico as required by the November 2021 signed agreement," the National Potato Council stated. "We hope the April site visit by Mexican officials will be the last hurdle we need to clear and that no last-minute roadblocks will be erected prior to Mexico finally -- and permanently -- reopening its border to U.S.-grown potatoes."

Mexico initially had moved in 2014 to open up the country to U.S. potatoes but Mexican potato growers filed a lawsuit to block rules opening up trade. That led to eight years of court battles until the Mexican Supreme Court unanimously ruled last year rule against the Mexican potato industry's claims.

Pressure mounted for a deal on potatoes after USDA and Mexican officials announced in February that access for fresh table stock potatoes would be delayed until late into 2022. That caused the National Potato Council and a bipartisan group of lawmakers to call on USDA to move more aggressively to open up the market.

Along with the potato announcement, USDA also stated Vilsack and Villalobos in their meetings reaffirmed their shared commitment to:

-- Continuing to support rural development by expanding market opportunities for agricultural producers and their products.

-- Tackling climate change by giving farmers access to tools and technologies that enable them to increase production while minimizing their environmental impacts. 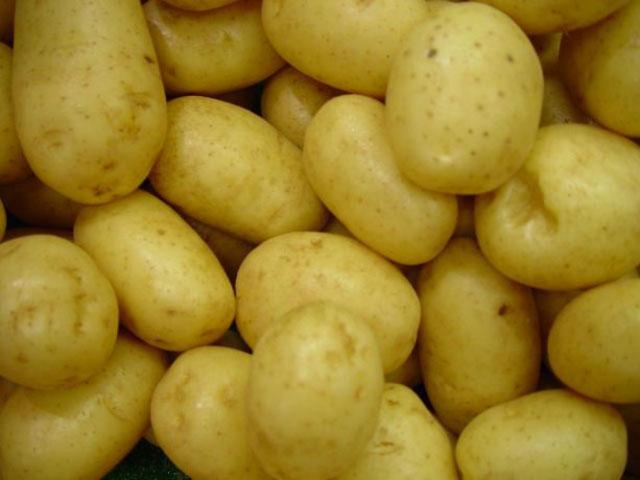