OMAHA (DTN) -- In a speech that focused heavily on the war in Ukraine, President Joe Biden still touched on issues important to agriculture, such as competition, export problems and infrastructure in his State of the Union speech on Tuesday night.

Biden talked briefly about agriculture as he advocated ways to bring down inflation and lower costs.

"I'm a capitalist, but capitalism without competition isn't capitalism. It's exploitation -- and it drives up prices," the president said. "When corporations don't have to compete, their profits go up, your prices go up, and small businesses and family farmers and ranchers go under."

That was a theme Biden carried into the beginning of the year when the first event at the White House in 2022 was an event challenging the livestock markets and meatpacking industry. (See https://www.dtnpf.com/…)

The president then addressed issues with ocean carriers moving goods in and out of the country. Biden called to end immunity of ocean shippers from federal anti-trust laws.

"During the pandemic, these foreign-owned companies raised prices by as much as 1,000% and made record profits," Biden said. "Tonight, I'm announcing a crackdown on these companies overcharging American businesses and consumers."

That brief mention drew bi-partisan praise from a couple of members of the House Agriculture Committee. Rep. Jim Costa, D-Calif. and Rep. Dusty Johnson, R-S.D. each plugged legislation they had been advocating in this vein. Costa said that the bipartisan Ocean Shipping Antitrust Enforcement Act he introduced would accomplish that goal and address unfair practices that harm American businesses.

"I am committed to working with the Biden administration to ensure fair trade practices in the ocean carrier industry, which is a crucial step in lowering prices for American consumers and creating a level playing field for American exporters," Costa said. "With a major supply chain disruption because of the COVID-19 pandemic, we must hold foreign shipping companies accountable for their actions that harm American businesses and make everyday goods more expensive. I am proud of the president's commitment to this issue and urge my fellow congressional colleagues to support this bipartisan legislation."

Johnson said a similar bill, the Ocean Shipping Antitrust Enforcement Act, seeks the same goal. The House already had passed the Ocean Shipping Reform Act overwhelmingly last year, "and President Biden's remarks at the State of the Union signify he's ready to sign what Congress sends him to address the supply chain crisis. Congress should strike while the iron's hot and pass these common-sense reforms."

Later in the speech, Biden pointed to the passage of the bipartisan infrastructure bill, noting that American roads, bridges and airports have fallen from being the best on Earth to 13th in the world. Biden called the bill "the most sweeping investment to rebuild America in history."

"This was a bipartisan effort, and I want to thank the members of both parties who worked to make it happen." He added, "It is going to transform America and put us on a path to win the economic competition of the 21st century that we face with the rest of the world -- particularly with China.

"As I've told Xi Jinping, it is never a good bet to bet against the American people."

Biden said the bill will create millions of jobs to focus on "modernizing roads, airports, ports, and waterways all across America.

He added the bill also will provide affordable high-speed Internet for every American, "urban, suburban, rural, and tribal communities."

Highlighting the president's emphasis on the Ukraine invasion in his speech, Chandler Goule, CEO of the National Association of Wheat Growers, said, the conflict has caused volatility in the grain markets and increases in prices for key inputs such as fuel and fertilizer.

"With Russia and Ukraine among the top wheat-producing and exporting countries, we have seen large market fluctuations as the conflict continues," Goule said. "While we have concerns about volatility, we are deeply concerned about geopolitical stability and the needless suffering happening in Ukraine.

"The administration also highlighted its ongoing pandemic response and how it has been tackling current supply chain issues. However, supply chain issues and the availability of inputs continue to present challenges for farmers. From NAWG's perspective, the administration and members of Congress must continue to work on a multi-faceted approach to resolve these ongoing challenges," Goule said.

"Between surging input costs, skyrocketing fertilizer prices, the highest inflation in 40 years, and endless regulatory uncertainty, the Biden administration's failing policies remain out-of-touch with the challenges and everyday needs of farmers, ranchers, foresters, and consumers," Thompson said. "Rather than tackling these issues, President Biden continues to bend to the will of the most vocal progressives, demanding policies that yield no relief and contribute to substantial burdens on American taxpayers. Farm families need relief, reliable markets, and steadfast leadership. President Biden missed the mark this evening, providing a great deal of Washington-speak and lip service to boilerplate proposals. Despite these shortcomings, I remain committed to working with my colleagues to provide genuine relief to the hardworking men and women who feed and fuel our country." 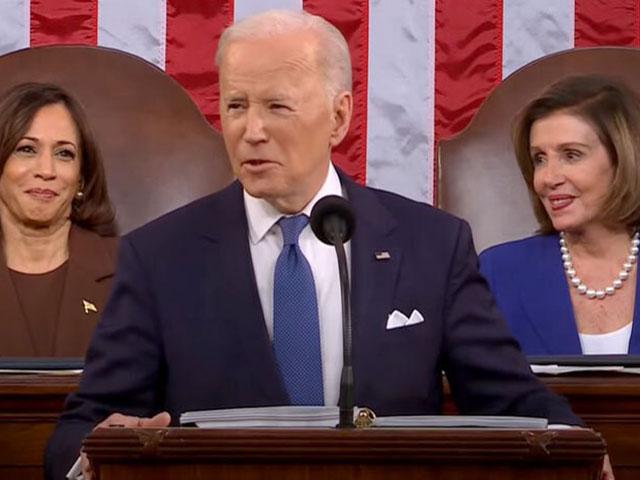