OMAHA (DTN) -- USDA is "moving quickly" to deliver on $10 billion in disaster aid for droughts, hurricanes, winter storms and other natural disasters that hit producers in 2020 or 2021, USDA's undersecretary of farm production and conservation told a House Agriculture Subcommittee on Tuesday.

Robert Bonnie told lawmakers through an online video hearing that by the end of March USDA plans to roll out at least half of the $750 million carved out for livestock producers impacted by drought. The $10 billion in disaster aid was approved in a funding bill last September.

"In implementing this law, our goals are to reduce the paperwork burden on producers and ease administrative burdens while maintaining accountability and encourage producers to use existing safety net programs by linking assistance to them," Bonnie said.

Bonnie testified to the subcommittee just a day after Agriculture Secretary Tom Vilsack rolled out a $1 billion pilot program meant to tout "climate-smart commodities" by marrying practices that reduce greenhouse gas emissions to potential new markets for producers. In creating the program, USDA tapped the Commodity Credit Corp. (CCC), which led Republicans to accuse USDA of creating a new program without congressional approval. Still, agricultural groups across the spectrum were largely positive about USDA's plans.

Bonnie told lawmakers USDA has authority to direct CCC funds to "promote domestic consumption of domestic agricultural products by helping expand markets, including the creation of new programs. And that is essentially what we're doing with this program." Bonnie added, "So we think we have a very strong link to the CCC."

Bustos asked Bonnie how much is being spent on the pilot projects; his reply: $1 billion. "We are very confident we will be able to deliver on everything the CCC needs to deliver on," Bonnie said.

Still, Rep. Glenn "GT" Thompson, R-Pa., ranking member of the full House Ag Committee, criticized USDA's move, complaining that Vilsack only told him about the Partnership for Climate Smart Commodities late last week rather than consulting with the committee in more detail. Thompson said USDA "is basically working as a lone wolf, working as a maverick. That's not the way we work in agriculture."

If USDA uses a climate-smart label, the committee wants to participate in the development of that plan, Thompson said.

Thompson also said the Natural Resources Conservation Service is issuing the notice of funding availability for the partnerships and said he thinks, "Frankly, to me, this looks like a conservation program dressed up as a commodity program."

"I'm hoping that what you've announced doesn't undermine the fact that our state of American agriculture dealing with our productivity or application of technology, innovation, science, are already climate heroes," Thompson said.

After other GOP members questioned the value of a commodity program tied to emission reductions, Rep. Chellie Pingree, D-Maine, pointed out the $10 billion in disaster aid because of extreme weather, saying producers are affected by climate change.

"They certainly are talking about the economic impact and adverse impacts that are directly related to climate change," Pingree said.

"This is another program for us to jump through because somebody is worried about carbon," LaMalfa said. He added, "How is $1 billion being defined as a pilot program?"

PUSHING BACK ON NYT

"I thought it was a horrible video. I think farmers, ranchers, forest owners are all great stewards of the land. I think they all depend on the productivity of the land, which comes from stewardship," Bonnie said. "Agriculture has the opportunity to be a critically important partner -- in fact, it is already -- stepping out in climate, water quality, wildlife and other ways. I was very disappointed with the video."

Scott thanked Bonnie for his comments and said he is worried about the video because it is "outright lying about America's farm families" and that it is "very disappointing to me that somebody in the U.S. Senate would become an extremist opposing America's farm families." Scott urged the other members of the committee to watch the video but said they should not do it when they are in a bad mood, so they won't break something.

Thompson also noted it has been 23 months since pandemic lockdowns began and local Farm Service Agency offices are staffed at only 25% of normal. Thompson said farmers have "had enough" of not being able to meet with FSA staff in person, adding "It's time to go back to work."

Bonnie said USDA is monitoring the incidence of COVID-19 county by county and on Monday moved 804 offices from 25% to 50% staffing levels. Bonnie said the Biden administration expects to move very quickly to increase the number of personnel in offices as the omicron variant abates.

Bonnie later added FSA staff have met producer needs, including implementing ad-hoc disaster programs under difficult conditions. "Our hope is we get beyond this pandemic and disaster assistance that things will calm down a bit," Bonnie said. He added, "Our FSA team has delivered beyond expectations." 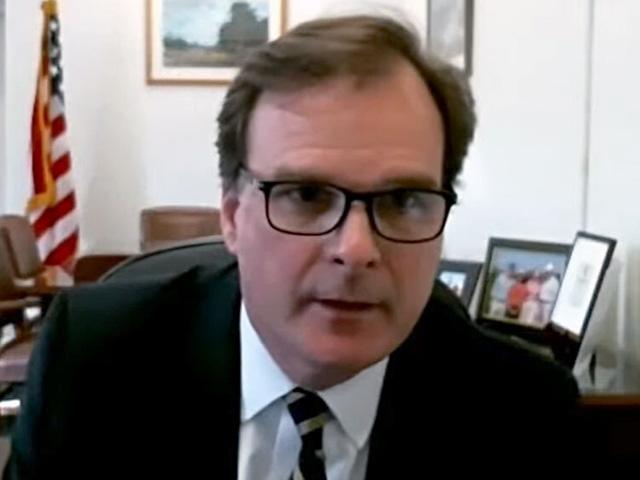