OMAHA (DTN) -- Four grain elevators in Denton, Montana, were lost to one of the wildfires this week that have been sweeping through parts of Montana as the state faces unusually dry, warm and windy conditions.

The grain elevators that were lost were owned by CHS Inc. and were operational before the fire, according to the Fergus County, Montana, Sheriff's office. The elevators had more than 100,000 bushels of grain (likely wheat and/or barley) in them when the fire struck Wednesday.

Denton, a town of about 300 people, had 25 different structures burn, as well as rail cars, a railroad bridge and a highway bridge west of town, said Undersheriff Tracy Lewellen in an email to DTN.

The town will be holding a stakeholders meeting on Saturday at the local high school.

The Associated Press reported the grain elevators had stood for more than a century.

CHS did not respond to questions early Friday from DTN about the grain elevators hit by fire.

The Associated Press reported the West Wind Fire, as it was named, originally began north of Stanford, Montana, more than 10 miles away, and was not initially considered a threat to Denton. Early Wednesday, the fire appeared under control, but then flared up again. By Wednesday afternoon, Denton and its nearly 300 residents were evacuated, and no one was injured in the blaze.

Like a lot of areas in the Northern Plains states, Montana is facing drought conditions. According to the U.S. Drought Monitor, a large swath of Montana is in D4 exceptional drought, including nearly all of Fergus County. D4 exceptional drought is the highest level of drought on the monitor scale. Another swath of the state is in D3 or D2 drought conditions.

Wildfires have been sparked across parts of Montana in November and carrying into December. The national Interagency Fire Center shows significant wildfire potential throughout December across a large section of Montana.

Wind is going to continue to be a challenge in Montana over the next few days.

DTN Ag Meteorologist John Baranick said the immediate forecast for parts of Montana looks like there may be a little bit of snow developing there Friday evening into Saturday, but that quickly lifts its way northward. They may get a few more showers Saturday night as the cold front moves through, but precipitation amounts will be limited, less than 0.25 inch.

The larger factor this weekend may be winds, Baranick noted. Fire departments could remain busy dealing with other wildfires as a result.

"They should really pick up on Saturday both ahead of and behind that cold front, and with the direction changing around quite a bit, they will cause some scampering of firefighting crews," Baranick said.

Wind gusts of 35-45 miles per hour are expected in that weekend time frame but should wane a bit down to 20-30 mph on Sunday, Baranick added. Winds will continue to swirl through next week as the pattern remains active with several systems passing through or nearby. Temperatures will be around 40 degrees Fahrenheit for a high Friday and 48 for Saturday but will drop below freezing for Sunday and Monday. There will be another chance for snow on Monday, as well, which would potentially help out. 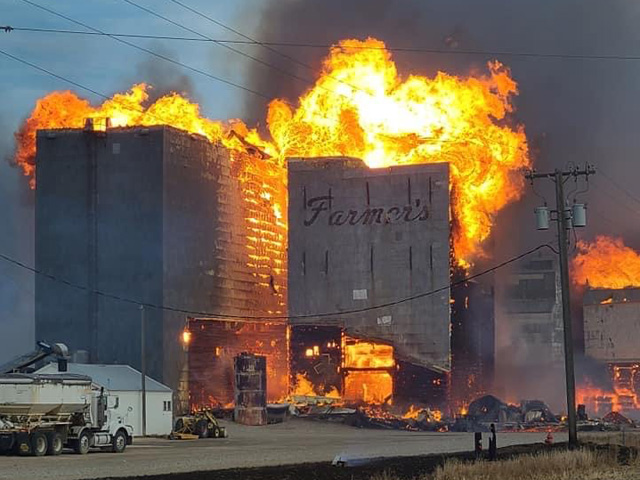