OMAHA (DTN) -- A handful of U.S. farmers and ranchers with Solutions from the Land found themselves facing more aggressive anti-meat posturing among the nearly 40,000 official participants in the COP 26 climate summit earlier this month in Glasgow, Scotland.

After years of pushing on the door at the annual Conference of the Parties (COP) climate events, the small contingency of U.S. producers also were more engaged with like-minded farmers from other countries and U.S. officials.

"In past years, we had to fight to get into meetings," Yoder said. "We literally had to force our way into events."

This year, USDA officials had contacted the group's members beforehand to meet with Agriculture Secretary Tom Vilsack. Yoder joined a panel with Vilsack, National Farmers Union President Rob Larew and others at the U.S. pavilion. (https://www.dtnpf.com/…)

A problem at the event noted by Yoder, as well as farmers from other countries, was the increasing rhetoric at the COP over livestock production, Yoder said. The complaints about methane emissions from livestock globally have grown over time. Yoder said he heard at least one speaker insist the quickest way to deal with climate change was to quit raising livestock.

"There's an awful lot of trashing of farmers at COP. It's been bad every year, but the whole thing was just bigger," Yoder said of anti-livestock criticisms. "People kept talking about getting rid of cattle because they're emitting methane. That was a big topic."

After years of serving as president of the Family Farm Alliance in Western states, Wyoming rancher Pat O'Toole was attending his first major climate summit. Like some of the others representing U.S. agriculture at the event, he was taken aback by the volume of anti-meat sentiment and opposition to livestock production.

"There was this significant, not just saying anti-meat, but with this whole methane discussion and the way they presented it. I keep using the word 'demonization' because it really undermined how much of the world sustains itself," O'Toole said. "There are some pretty simplistic solutions out there, and I don't doubt there's a methane issue, but there are also landscape and bigger biodiversity issues in the way livestock integrate with farms and ranches."

O'Toole points to the challenges facing agriculture because of climate change with Family Farm Alliance representing irrigators in 17 Western states. "My family celebrated our 140th year on our ranch this year, and there is nothing to compare to what happened this year climate-wise, and that was the case throughout the region," O'Toole said. "It would be good if it was just one year and would go back to some normalcy. As you know, agriculture is built on some level of predictability, and that's not here anymore."

Looking broader, O'Toole notes forests need recovery in the West not just from wildfires, but also from infestations such as the pine bark beetle. O'Toole is working on 100,000-acre forest replanting project in Wyoming and Colorado that he said is being slowed down by activists.

"The same activists want to attack production agriculture and the need for the forest to be dealt with," O'Toole said. "And now the water isn't coming out of a non-functioning forest the way it used to. There are things that need to be done. We have to be prepared to things on scale."

The Family Farm Alliance led 230 Western groups to support $8.3 billion in the new infrastructure law to repair aging dams and canals in Western states as well as add new surface and groundwater storage projects. The groups made their case that Western agriculture needed those projects because of prolong drought conditions. The groups also were dealing with some projects that went back a century.

"There's all that need for upgrading infrastructure. There's a lot of modern technology, but storage is another piece," O'Toole said, noting Family Farm Alliance had written a paper on climate change in 2006. "Part of the solution we mention is going to be small storage projects all over the West. The water infrastructure part of the bill has multiple applications."

O'Toole has talked about similar challenges with the United Nations Intergovernmental Panel on Climate Change (IPCC), as well as the World Bank. He credits Solutions from the Land as an organization that has driven conversation at the COP about practical strategies for agriculture that farmers can help address.

"They are more on the ground with real producers, 'This is how you do it.' It's really been decades of finding out how you make fundamental differences on the land with carbon and other areas, and it's the farmers and the ranchers that are going to do it because it's on the land."

Solutions from the Land (SfL) has become a staple at COP events with the group's executive director Ernie Shea, produce grower and former California Secretary of Agriculture A.G. Kawamura, along with Yoder, Gaesser and O'Toole.

The final agreement out of Glasgow doesn't mention food or agriculture. Kawamura, in a blog for SfL, wrote that agriculture overall is a missing voice with the COP overall discussion.

Kawamura wrote, "We continue to see a lack of comprehension among many COP participants of how the global agricultural food systems are performing or will be delivering food, feed and fiber to a demanding world under climate-related mitigation regimes. The lack of a multi-dimensional voice for agriculture at these COP events has been a troubling part of the dialogue that has led to a failure to understand that "unpredictable weather causes unpredictable harvest."

Farmers from other countries are pushing back on the anti-livestock messaging when it comes to greenhouse gases. Irish farmers this past weekend held a convoy, for instance, with signs noting cattle numbers are down while cars and air travel are up dramatically. "Cows ain't the problem" pointed out one sign on social media.

Agriculture is getting more consideration in climate mitigation and resiliency as USDA has increasingly emphasized the importance of climate-smart agriculture through conservation initiatives. USDA in late September rolled out a series of conservation pilot projects meant to reduce greenhouse gas emissions, the Climate-Smart Agriculture and Forestry Partnership Program. That initiative would see an injection of $27 billion for conservation if the Build Back Better bill that passed the House last week ends up becoming law.

At Glasgow, the U.S. announced the Agriculture Innovation Mission for Climate to champion support for technology and climate-smart agriculture. The U.S. created the initiative with the United Arab Emirates, which is set to host COP 28 in 2023.

While looking to lower emissions, nearly everyone, including the United Nations Food and Agriculture Organization, recognizes the need to increase food production globally 50% by mid-century. One reason higher production is needed will be to boost more animal protein as people around the world see growing incomes and demand better diets that include more meat.

"We're very productive, especially in Western agriculture, and if you let us figure out what we can do based on science and you make it economically feasible for us to do, we can deliver," Yoder said. "But we're not going to do it if it costs us money. There has to be a financial incentive."

It will take more agricultural voices at the COP, however, to get that view understood. "We've made quite a few inroads that more folks are acknowledging that agriculture is needed and an answer to climate issues as well," Gaesser said. "But there really should be more engagement, and we're encouraging that with the commodity groups. It takes a while to get acceptance to even attend the COP."

Solutions from the Land at COP 26: https://solutionsfromtheland.org/…

The DTN Ag Summit will have a panel discussion focusing on carbon markets for producers. Find out more about ag policy issues, weather outlooks, cybersecurity and other topics at the DTN Ag Summit, Dec. 5-7, in Chicago. Visit www.dtn.com/agsummit for more details about the summit and to register. Register before Nov. 26 for the early bird rate. 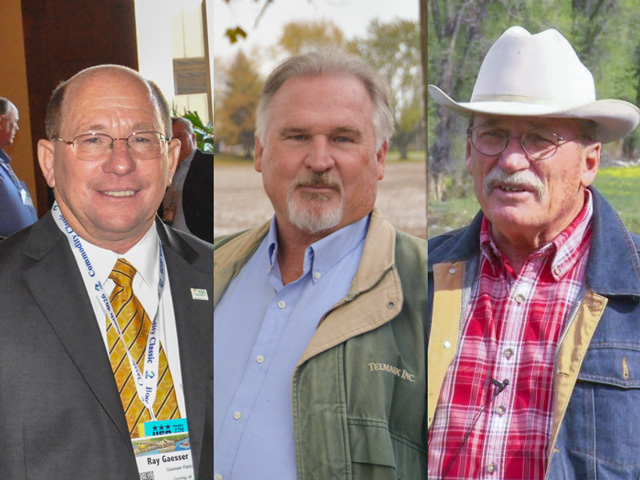