LINCOLN, Neb. (DTN) -- One of several African swine fever vaccine candidates has been successful in blocking both European- and Asian-bred swine against the current circulating Asian strain, USDA said on Thursday.

USDA research by Agricultural Research Service scientists highlighted in the journal Transboundary and Emerging Diseases shows one particular vaccine candidate also can be commercially produced and maintain its "vaccine efficacy" against Asian ASF strains when tested in both European and Asian breeds of swine, USDA said in a news release.

The findings show the vaccine could be replicated and prevent the spread of the virus, the agency said.

The vaccine revealed immunity in about one-third of swine by the second week post-vaccination, USDA said, with full protection in all swine achieved by the fourth week.

"This is a major step for science and agriculture," said ARS research microbiologist Manuel Borca. "We are working carefully to see our vaccine candidate commercialized through the joint efforts of the U.S. government, and our commercial partner, the Navetco National Veterinary Joint Stock Company."

Previous studies, USDA said, were done only in European-bred pigs using an ASF sample from the initial outbreak.

USDA's Animal Health Inspection Service announced in recent weeks it had shut off the flow of pork products from Puerto Rico and the U.S. Virgin Islands while the U.S. government sets up a system to prevent the spread of the virus to the mainland U.S.

So far, ASF has not been detected in Puerto Rico or the U.S. Virgin Islands.

The Animal and Plant Health Inspection Service on July 28 confirmed ASF in the Dominican Republic. On Aug. 26, APHIS announced plans to establish a foreign animal disease protection zone around Puerto Rico and the U.S. Virgin Islands.

APHIS said that once the protection zone was established, the agency would be able to restrict movement of live swine and products out of the protection zone, conduct surveillance within the zone, conduct a public-education campaign on biosecurity on farms, prohibit the movement of live swine and products outside of the region and to contact report clinical cases to authorities.

ASF has no human health implications, but the disease is deadly to swine and spreads rapidly through a herd.

Germany was originally hit with ASF in its feral hog population last year, which effectively cut off exports from the country. German officials reported ASF had been found in at least three farms, affecting domestic pigs.

The majority of swine used in the global food supply are produced in Asia, where the virus has been causing outbreaks and devastating losses to the swine industry.

ASF originally was detected in 2007 in the Republic of Georgia and is known to cause virulent, deadly disease outbreaks in wild and domesticated swine. 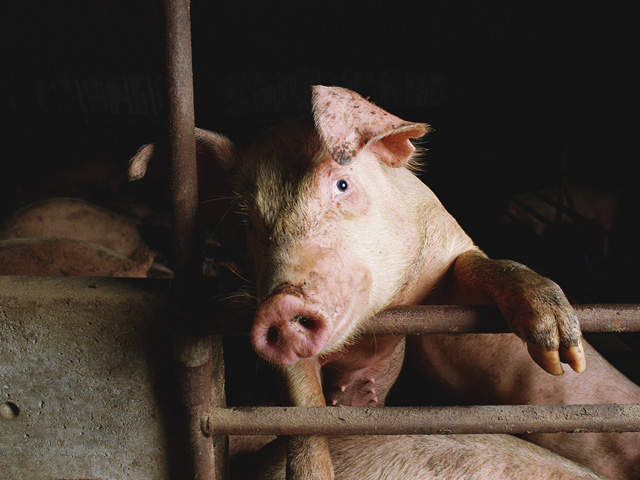