LINCOLN, Neb. (DTN) -- African swine fever has spread to Haiti, as the World Organization for Animal Health (OIE) confirmed an outbreak on Monday in the very-most southern city of Anse-a-Pitre, bordering the Dominican Republic.

The OIE report is the first indication the virus may have spread from the Dominican Republic where it was identified in the Western Hemisphere for the first time in decades. According to the OIE, this is the first reported case of African swine fever in Haiti since 1984.

USDA's Animal Health Inspection Service announced this week it had shut off the flow of pork products from Puerto Rico and the U.S. Virgin Islands while the U.S. government sets up a system to prevent the spread of the virus to the mainland U.S.

The OIE said the Haitians are taking several steps in response, including surveillance, quarantine and screening additional animals in the region. Officials are preparing to take additional steps of establishing protection zones, controlling movement of pigs inside the country and other measures.

At the end of last week, USDA suspended the movement of all live swine, swine germplasm, swine products and swine byproducts from Puerto Rico and the U.S. Virgin Islands to the mainland U.S. in an effort to prevent the spread of African swine fever.

In a news release at the end of last week, USDA said it issued the federal order as part of establishing an animal disease protection zone in Puerto Rico and the Virgin Islands. The order was given to allow USDA to establish "sufficient mitigations" against ASF.

So far, ASF has not been detected in Puerto Rico or the U.S. Virgin Islands.

The Animal and Plant Health Inspection Service on July 28 confirmed ASF in the Dominican Republic. On Aug. 26, APHIS announced plans to establish a foreign animal disease protection zone around Puerto Rico and the U.S. Virgin Islands.

APHIS said that once the protection zone was established, the agency would be able to restrict movement of live swine and products out of the protection zone, conduct surveillance within the zone, conduct a public-education campaign on biosecurity on farms, prohibit the movement of live swine and products outside of the region and to contact report clinical cases to authorities.

A USDA official said earlier in August the U.S. was trying to accelerate efforts to eradicate feral hogs in Puerto Rico and to expand testing efforts in Haiti and the Dominican Republic.

The OIE provides for the establishment of a protection zone within an area free of disease, USDA said, as a temporary measure in response to an increased risk from a neighboring country or zone of different animal health status.

ASF has no human health implications, but the disease is deadly to swine and spreads rapidly through a herd.

Germany was originally hit with ASF in its feral hog population last year, which effectively cut off exports from the country. German officials reported ASF had been found in at least three farms, affecting domestic pigs. 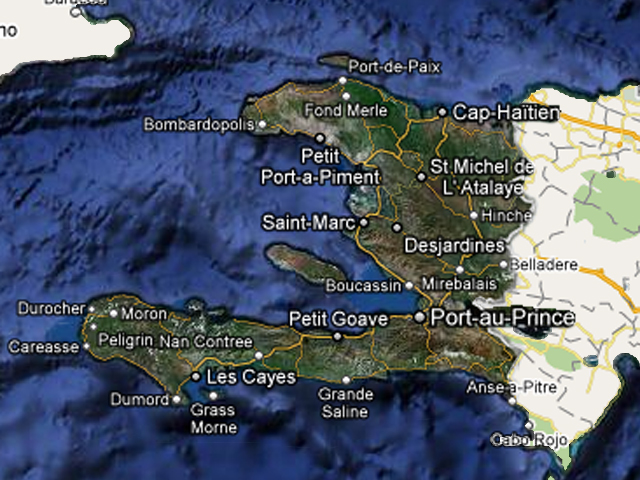