Agriculture Secretary Tom Vilsack opened up the daily press briefing Wednesday at the White House to talk about the Biden administration's work to address rising meat prices at grocery stores.

Reporters at the White House asked about the Big Four packers "profiteering" and "price gouging" consumers and producers. After pointing out a poultry price fixing cast against Tyson (and Perdue) for $35 million, Vilsack had to rein in his commentary because nothing illegal has been proven in the cattle and hog industries. He added, "Well, look again, if I'm losing $150 a head on my cattle, and the guy who's buying it from me -- who's forcing me to take that price -- is charging and making $1,800 a head, I don't know what you call it, but what I do know is that our job is to make sure that that farmer gets a fair price and that the producer -- that the -- when I go to the grocery store and I'm in the checkout line, I'm paying a fair price; I'm not paying more than I should."

It was at least an acknowledgement that GIPSA doesn't have the teeth to do the job it originally had been created to do.

After Vilsack's presser, Sen. John Thune, R-S.D., announced he and at least three other senators, will introduce a bill next week to reinstate mandatory country-of-origin labeling for beef. The bill would require USDA to work with the U.S. Trade Representative's office to develop a country-of-origin label that would pass muster with the World Trade Organization. Sen. Chuck Grassley, R-Iowa, also applauded the administration's efforts and put in a plug for his own bi-partisan bills to push packers to buying more livestock on cash markets from independent producers.

The secretary also plugged USDA's changes Wednesday to the ELAP to help livestock producers in drought who are paying higher costs to transport feed. https://www.dtnpf.com/…

DTN highlighted last week some of the comments over USDA's plans to fund $500 million in livestock and poultry processing through grants, loans and technical assistance to smaller packers. https://www.dtnpf.com/… 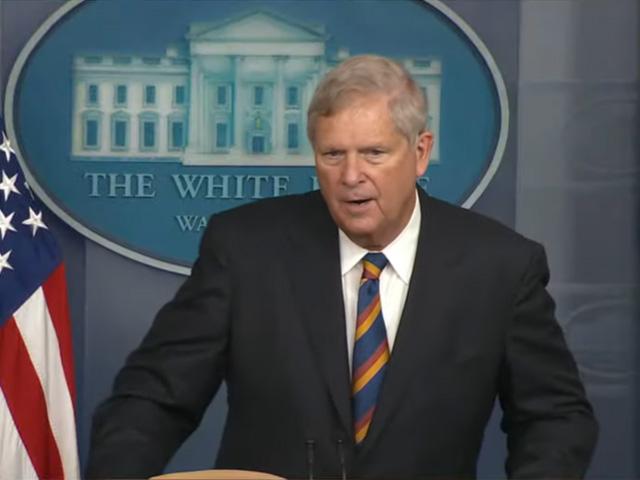