LINCOLN, Neb. (DTN) -- Wisconsin farmer Michael Hamm spoke to a representative of a law firm this week overseeing the corn-settlement payments to farmers.

As simple as it sounds, the call was an important milestone for Hamm who has been jumping through all the hoops. He has provided hundreds of pages of financial documents and filled out forms, to get across the finish line in receiving a payout from the Syngenta corn seed settlement.

He was told to expect a check in his mailbox in the next two months.

"They called me yesterday," Hamm told DTN earlier this week.

"She claims that lots of checks have been lost in the mail. I hope you do a story on this and get this out into the open how awful this process has been."

Farmers waiting for payment should check their web portal accounts on the seed settlement website, https://www.cornseedsettlement.com/…, to see if additional information is needed as the administrator continues to work toward closing the settlement program.

Farmers who have yet to receive settlement payment are not alone.

During the past six months, several farmers have contacted DTN for information about the status of their checks, as they are told by the claims administrator to wait for updates on the portal.

As of July 22, 2021 there were 3,710 claims pending "for which the claimant still needs to provide information before we can issue payment," the claims administrator BrownGreer PLC told DTN in an email.

Also as of July 22, the settlement program fully paid better than 98% of the 191,249 claims eligible for payment.

"The remaining 1.9% of claims have issues the claimant must resolve before we can issue payment," the administrator said.

"We have sent notices to every claimant with these issues explaining what information must be provided before we can pay. We issue payments every month to claimants who have resolved the issues which prevent them from being paid. All claimants are encouraged to contact our call center if they have questions about how to resolve the issues that are preventing us from paying them," said the administrator.

The U.S. District Court for the District of Kansas in Kansas City approved the $1.51 billion settlement from a lawsuit filed following Syngenta's release of Agrisure Viptera (MIR162) and Agrisure Duracade corn traits. The early release of the corn traits led China to halt imports of U.S. corn in 2013-14 after shipments including the corn traits were inadvertently shipped to China before the country had approved them. That launched the lawsuits by farmers against Syngenta.

Hamm's adventure started in January when his appeal was accepted by the administrator.

He had to file an appeal after the claims administrator claimed Farm Service Agency records showed Hamm farmed just one year.

Hamm said he provided all necessary maps of his farm ground, a certified letter showing he farmed many years, yet the appeal was denied. He said he re-sent all the documents again on a second appeal.

"I don't know how to explain that, but when you farm lots of ground in Wisconsin it is about 50 to 60 pages long for each year," Hamm said.

"I was approved, however they left out about 100 acres or so each year because the RMA didn't properly identify the field and that was not appealable and final. I'm sure any farmer that went thru this appeals process has jumped through the same hoops."

Hamm later learned the problem with his FSA information was caused by a computer glitch.

"I had submitted about six W-9 forms or more," Hamm told DTN.

After Hamm sent several more emails to the administrator, he received a response in June that the W-9 form was accepted.

"Each and every e-mail communication says please do not contact the court or the attorney's firm about timing of payments," he said. "My issue could have simply been avoided."

Like many farmers who filed claims for a settlement, Hamm said he put his trust in one of many law firms that offered services to help with claims.

"Mind you, I sent all that same material to (a law firm) which confused me," Hamm said.

"I was unaware that none of that information that was presented to that law firm was ever supplied to the class-action case."

Hamm said it was clear to him the law firm did not represent his interests to the end.

"They left us hanging thinking we had provided all documentation to them," he said. "They kept giving us deadlines, then as soon as they signed on the class case, they ditched us."

Producers who filed claims were told to watch a web portal on the corn settlement seed website, where they could respond to any requests from the administrator and access updates on their claims.

"However, it's several months or years that they ever post anything," Hamm said.

"Who has that kind of time to check on something daily and nothing is posted? So, you stop checking and then you check it monthly, then you start not checking it at all because nothing changes." 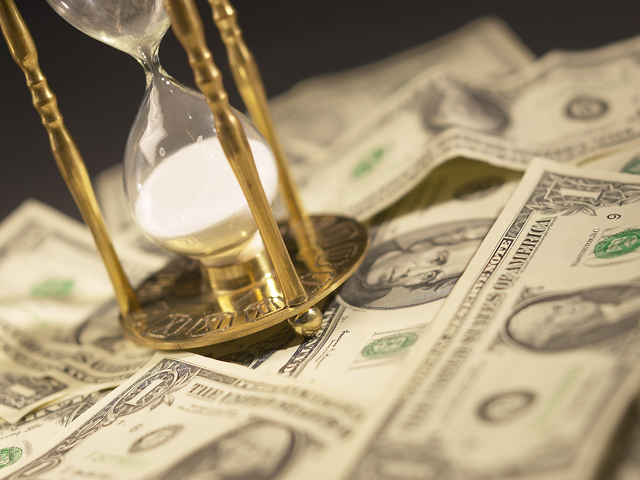