LINCOLN, Neb. (DTN) -- When California voters approved Proposition 12 in November 2018, hog producers across the country were ready to adjust their operations to suit the law's pen-size requirements to ship to the state.

The law takes effect in January 2022 and California regulators have yet to issue guidance rules on those requirements.

The future of Proposition 12 is in the hands of a federal appeals court following a hog industry lawsuit in 2019; hog producers still have no idea how to comply.

Even if producers are willing to invest millions in their operations, they're unable to do so with any certainty.

"It's probably one of the reasons (lack of rules) that more producers haven't started making investments," Michael Formica, assistant vice president and general counsel for the National Pork Producers Council, said during a news conference Thursday.

"There's a lot of discussion out in the countryside. We get more questions on Prop 12 than maybe anything else. A lot of producers are looking at options. They built their livelihoods around managing these animals, have decades of experience, generations of experience, and happened to be in a position where they just might have a little bit more knowledge as to what is and isn't in the best interest of an animal than somebody in a state 2,000 miles away who's never been on a hog farm."

Southwest Minnesota hog farmer Greg Boerboom was one of several farmers who provided declarations in the NPPC's 2019 lawsuit against California's Proposition 12.

Boerboom built his first individual stall barn to protect sows from hurting each other between weaning and breeding in 1988, he explained in his declaration.

"I have noticed my productivity rates have gone up and these injuries have almost completely disappeared," he said.

Boerboom's farm is one of few to also use an electronic sow feeding system -- which would not meet Proposition 12's space requirements.

"I believe that we are doing a better job of managing an open pen system than other farms in the U.S., having some of the best performance of any farm in the U.S.," he said.

"While we are successful and protect sow welfare, my current production practices do not comply with all of the requirements. It would increase my labor costs to stop using individual stalls for the seven days after weaning to breed my sows."

"Look, almost anytime you have a government mandate the big folks are usually the ones that are best situated to foot the bill for the cost of regulation," he said.

"So our position has never been that all regulation is bad -- of course not. But we're for science-based, commercially reasonable regulation. And often what happens is, in some of these issues it's very well meaning, but what happens is the strong survive. It drives consolidation and it hurts smaller producers."

Earlier this week, a three-judge panel of the U.S. Court of Appeals for the Ninth Circuit heard oral arguments from NPPC, American Farm Bureau Federation, the state of California and animal welfare groups.

You can read more about it here: https://www.dtnpf.com/…

In addition, the North American Meat Institute asked the Supreme Court to review another Ninth Circuit ruling on a NAMI challenge, where the court upheld the California law.

The Ninth Circuit's ruling in the NAMI case gives some indication of where the court may stand on the NPPC case, he said.

The three-judge panel hearing the NPPC case includes Judges Sandra Ikuta, John E. Steele and Milan Dale Smith Jr. Ikuta was one of the judges on the three-panel court ruling on the NAMI case.

In the NAMI case the panel ruled, "Given the inconsistencies in dormant Commerce Clause jurisprudence, the district court did not abuse its discretion to hold that Proposition 12 does not have a discriminatory effect because it treats in-state meat producers the same as out-of-state meat producers.

Duer said the Ninth Circuit's reference to "dormant Commerce Clause jurisprudence" may be telling in how the court may rule in NPPC.

"Dormant Commerce Clause jurisprudence is somewhat notorious for fitting the off-handed, slightly tongue-in-cheek proposition that 'you can find a case to say whatever you want,'" he said.

"Having said that, this short quote makes it easy to quickly see how the Ninth Circuit previously resolved some of the same arguments."

However, Duer said the NAMI decision is what is called a memorandum opinion. That means it is unpublished in official case reports for the federal circuit courts and is not supposed to be relied on as precedent in other cases.

"However the NPPC case turns out will likely dictate the path of individual state initiatives regarding production methods and labeling across a wide spectrum of agricultural commodities and food, as well as products used in agriculture and components used in food production," he said.

"As consumers and retailers continue to exert growing influence on production methods and labeling, the core of the arguments being made in the NPPC case have been escalated to a potential historical significance." 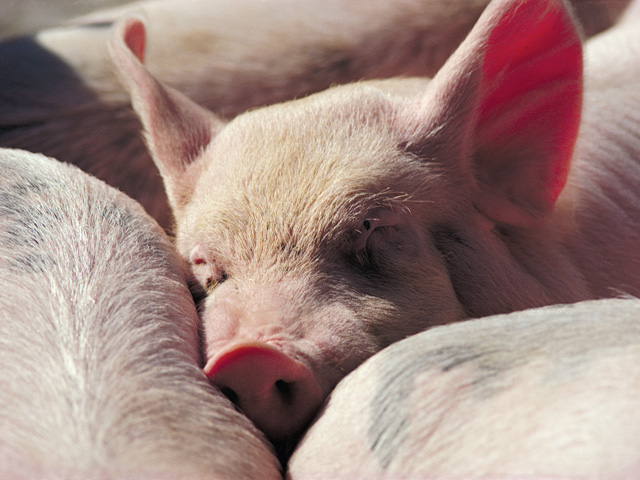