OMAHA (DTN) -- President Joe Biden more aggressively defended his $2.3 trillion infrastructure package on Wednesday, saying the plan and its funding are open to negotiation. But he also stressed the investments are needed to compete with China and other countries going forward.

The president's proposals fell in line with issues raised Wednesday by the CEO of the country's largest bank -- JPMorgan Chase -- even as Biden's plan largely has gotten lukewarm support among major agricultural groups. Organizations such as the American Farm Bureau Federation (AFBF) have raised concerns over tax increases while biofuel backers are at odds over hundreds of billions in proposed investment to spur more electric vehicles.

To pay for the "American Jobs Plan," Biden proposes increasing the corporate tax rate from 21% to 28%. The 2017 tax cuts led by former President Donald Trump lowered the corporate rate from 35% to the current 21%.

Biden said Wednesday there is room to compromise on a lower tax rate and the time frame to pay off Biden's infrastructure package. Biden insisted, though, that taxes should be raised on wealthier Americans and corporations to pay for the infrastructure plan.

"We've got to pay for this. I am willing to negotiate," Biden said at a White House event.

Biden also pushed back against GOP complaints that his bill is too big and not "traditional infrastructure," saying that the term has changed and adapted over time to help support the needs of people. He noted high-speed internet -- citing that 35% of people in rural America do not have adequate access -- and upgraded electrical grids count for infrastructure as does clean drinking water. He also pointed to flood control efforts to help deal with hurricanes.

"Ask all of those farmers and small business owners and homeowners over whether investing in clean energy to fight the effects of climate change is part of infrastructure," Biden said.

Republicans have criticized the broad scope of the package being defined as an infrastructure bill. Sen. Chuck Grassley, R-Iowa, opened a press call with reporters Wednesday saying the plan "is very lacking in a lot of things important to rural America." Grassley questioned how expanding Medicaid is considered infrastructure. He said too much of the bill goes to things beyond traditional infrastructure.

"My definition of infrastructure is you spend a dollar today, and its invested in a highway for 30 to 40 years before you have to tear it up and lay down a new highway," he said.

Still, another voice making the case for long-term planning, infrastructure and revising the tax code on Wednesday was Jamie Dimon, CEO for JPMorgan Chase. In a 66-page annual letter to shareholders, Dimon pointed to long-term U.S. policy failures on issues such as infrastructure. Dimon explained why China's leaders see the U.S. in decline.

"The Chinese see an America that is losing ground in technology, infrastructure, and education -- a nation torn and crippled by politics, as well as racial and income inequality -- and a country unable to coordinate government policies (fiscal, monetary, industrial, regulatory) in any coherent way to accomplish national goals. Unfortunately, recently, there is a lot of truth to this," Dimon stated in his shareholder letter, which is considered a barometer of Wall Street sentiment.

Biden, in his remarks Wednesday, also pointed to fears that the U.S. is falling behind because of lack of infrastructure investment. Biden discussed competition with China over technology and long-term infrastructure needs.

Stressing his plan's investment in research and development, Biden said journalists would all be reporting "over the next six to eight months how China and the rest of the world are racing ahead of us in the investments they have in the future -- attempting to own the future."

The president later added, "Do you think China is waiting around to invest in its digital infrastructure and research and development?"

Dimon also stated that he supports eliminating certain tax loopholes. Dimon also called for a "coherent national strategy" to deal with the economy and equality, which includes changing regulations. "We must unleash the extraordinary vibrancy of the American economy," Dimon stated. "Economic growth will give us the wherewithal to deal with the issues stemming from inequality in ways that are sustainable. It is the engine that will drive and secure America's global leadership."

Just looking at the Biden plan from a transportation perspective, Mike Steenhoek, executive director of the Soy Transportation Coalition, said the bill calls attention to some needs in rural America such as the push to improve 10,000 bridges in rural areas. Steenhoek said farmers have a real understanding about the importance of improving rural bridges.

"And that's always been one of our big contentions that any plan can't just focus disproportionately on the needs of urban America, but it also has to include the needs of rural America," Steenhoek said.

The plan also includes a $17 billion specific carveout for "inland waterways, ports and ferries," but does not specify how that would be divvied up. Groups such as the Waterways Council would like to see continued upgrades to lock and dam infrastructure.

"One of the bright spots in the U.S. economy right now is the robust export program for soybeans and grains," Steenhoek said. "And in order to keep that going, we need to have an inland waterways and port system that can accommodate that supply and demand."

AFBF sees "some important priorities for agriculture and rural communities" in the administration's infrastructure plan, "but raising taxes, particularly when our country is trying to emerge from the pandemic's economic blow, is a misguided idea," an AFBF spokesperson stated to DTN.

"AFBF has long advocated for expanding rural access to broadband and supports rebuilding crumbling roads, bridges, ports, waterways and water systems, as well as research funding, all of which are included and important. The plan also proposes a Rural Partnership Program specifically to help rural regions, which we look forward to learning more about."

AFBF, though, wants more details on where the Biden administration plans to take "climate-smart" farming, which is also part of the infrastructure plan. And any infrastructure plan "should be accomplished with careful consideration, responsible funding and bipartisan support," the AFBF spokesman stated.

Biden again mentioned 500,000 electric vehicle charging stations "so we can own the future."

Grassley, on his call with reporters, pointed to plans to spend $200 billion for electric vehicles, including tax credits and the 500,000 electric charging stations. "Unfortunately, despite the emphasis on the environment, biofuels don't even appear to be a priority," Grassley said. Grassley said subsidies for electric cars would go to wealthy Americans who could afford them. "We should be investing in biofuel infrastructure, which has proven to reduce emissions."

The Iowa senator also said the biofuels industry should team up with the oil and gas industries to combat the expansion and government investment in electric vehicles.

Geoff Cooper, president and CEO of the Renewable Fuels Association, responded to DTN that liquid fuels and internal combustion engines will remain as the primary technology in transportation for decades to come. He said that rather than narrowly focusing future infrastructure investments only on electric vehicle technologies, RFA believes infrastructure funding should be made broadly available to all low-carbon fuel and vehicle technologies, including biofuels and flex-fuel vehicles, that can offer significant greenhouse gas emissions savings.

"The litmus test for new infrastructure investment should not be: Is it electric? Rather, the litmus test should be: Does it reduce carbon emissions?" Cooper said.

Yet, Senate Agriculture Committee Chairwoman Debbie Stabenow, D-Mich., also spoke earlier this week at a General Motors' announcement in Detroit in which GM announced it would start making electric Chevrolet Silverado pickups. According to E&E News, Stabenow said she would use her position as a member of the Senate Finance Committee to push through Biden's infrastructure plan "so we can support what you're doing (at GM) and create good-paying jobs in Michigan."

In his shareholder letter, Dimon said addressing the expansion of electric vehicles isn't just a matter of switching from liquid fuel to charging stations. Going electric also means more mining for rare earth minerals. He noted, "the projected growth of technologies like electric vehicles is going to place huge pressures on the need for more rare-earth minerals -- which also presents geopolitical and environmental challenges." 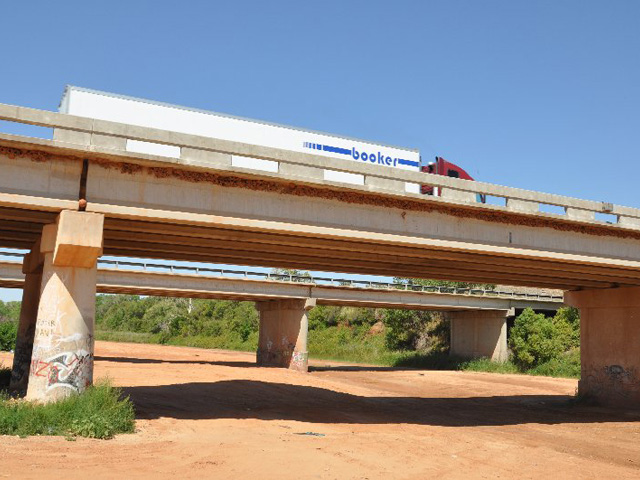