OMAHA (DTN) -- Agricultural groups on Wednesday largely said they were willing to work with President Joe Biden and his administration on voluntary climate strategies after the president signed an executive order pushing the federal government to combat climate change.

Among the specifics in the president's executive order is a directive that the secretary of Agriculture gathers input from farmers, ranchers and others on ways to use USDA programs to "encourage adoption of climate-smart agricultural practices that produce verifiable carbon reductions and sequestrations and create new sources of income and jobs for rural Americans."

OTHER KEY ASPECTS OF ORDER

The provisions on USDA were just a small bit of the sweeping order from the Biden administration. Other key aspects called for halting new permits for oil and gas drilling on federal lands. The executive order encourages the development of green infrastructure as well. It also commits to conserving 30% of lands and oceans through reaching out to farmers, fishermen, tribes, states and others. Another aspect would create a "Civilian Climate Corps," going back to work programs similar to those during the New Deal era of the 1930s.

When it comes to aspects of the executive order tied to agriculture, most farmers in different ways say they already are dealing with climate change. New numbers from the 2020 Iowa Farm and Rural Life Poll released last week show 81% of Iowa farmers surveyed say climate change is affecting agriculture in the state, and the negative impacts could threaten farmer productivity. That's the highest level ever for the poll. Roughly half of farmers in the poll said they believe extreme weather will become more frequent in the future, as well, up from 35% in 2011 when the poll began asking farmers about climate change.

"Farmers have experienced a lot of extreme weather since 2011, from droughts to extreme wet, and it's likely that's driving some of the changes in perspectives," said J. Gordon Arbuckle, a professor and Extension sociologist at Iowa State University. "Of course, farmers are closer to the weather than most folks, and that extreme weather can really make it difficult to plant, raise and harvest high-quality crops."

Farmers in the Iowa poll cited that they were focusing more on adaptation strategies, which range from scouting crops more for pests and diseases to the increasing use of no-till cropping practices, using cover crops and increasing use of pesticides to cope with the various impacts on crops.

Also part of the Iowa poll, a higher number of farmers see that agriculture can help combat climate change. No-till and cover crops can help sequester carbon in the soil and reduce greenhouse-gas emissions from agriculture. The poll showed 37% of farmers support developing programs and markets to help increase "carbon farming" and rewarding farmers who do so. Nearly half of the farmers were uncertain about the benefits of such programs, while 17% were opposed to pursuing such programs.

"I look at that as kind of the glass-half-full perspective," Arbuckle told DTN. "You have 37% that agree something like that should happen, and then probably half are open to the idea, depending on how it shakes out." Arbuckle added, "A lot of these farmers, they would want to see the details before they would jump in, but they are not opposed to the idea."

Zippy Duvall, president of the American Farm Bureau Federation, said AFBF appreciates the commitment to engage farmers and get their feedback on climate solutions.

"It's critical that, as new strategies are implemented, our leaders listen to the people who will be affected most," he said.

"We stand by ready to work with the administration on science-based, voluntary and market-driven programs," Duvall said.

Yet, AFBF also noted, "The executive order outlines broad goals without details of how they will be achieved. AFBF will be closely monitoring federal implementation efforts to ensure all proposed policies and programs are responsible, fair-minded and enable farmers, ranchers and rural America to thrive."

National Farmers Union has long backed policies to reduce greenhouse-gas emissions. The group also recently started a climate advisory panel made up of farmer members to look at ways farmers can benefit from federal programs related to climate or renewable energy. NFU also highlights that agriculture risks dire potential consequences if emissions are not curbed to slow rising temperatures.

"Climate change is an immense, complex crisis with far-reaching consequences," said Rob Larew, president of NFU. "To be successful in our fight against it, we must approach it immediately and from every angle possible -- just as President Biden's economy-wide climate plan intends to do. National Farmers Union is especially encouraged by the administration's focus on climate-smart agriculture, whose capacity for mitigation and adaptation has been largely overlooked until recently."

Larew added that "offering food producers a seat at the table" would help avoid some policies with unintended consequences and help ensure any programs would benefit farmers and ranchers.

Livestock groups including the National Cattlemen's Beef Association and National Pork Producers Council on Wednesday both also released statements saying they look forward to working with the administration and highlighting the conservation, genetic and management practices that their cattle and pork producers have implemented to help address climate change and sustainability goals.

Matt Russell, an Iowa farmer who is executive director of the Iowa Interfaith Power & Light organization, spent much of the past two years talking to Democratic presidential candidates and others about how to develop climate programs that can benefit farmers. Russell said he is impressed by the Biden administration's "whole government" approach to getting departments to look at science, economics and programs that address climate change but stimulate the economy.

"We have got to make sure that we create innovative programs and incentives for farmers to be the disruptors and the innovators is finding solutions," Russell said.

A key component of the executive order also freezes new oil and natural gas leases on public lands or offshore, as well as a review of existing leases and drill permits for fossil fuels on federal lands. This runs counter to the Trump administration, which aggressively issued leases for oil and natural gas companies for extraction on public lands.

While halting offshore drilling, the plan calls for looking for ways to double offshore wind development by the end of the decade. The executive order looks for ways federal agencies can eliminate fossil-fuel subsidies, but also look for new ways to spur the development of clean-energy technology and infrastructure.

Still, Biden and his team stressed the opportunities of converting energy policy, saying it would create 1 million jobs in areas such as the auto sector by transitioning over time to electric vehicles.

Biden's plans will largely come from executive policy shifts because the 50-50 U.S. Senate split is tenuous. Sen. Joe Manchin, D-W.V., has already become a tipping point in Senate politics. A strong backer of his own state's coal industry, Manchin also will chair the Senate Energy Committee, which likely limits an aggressive push for climate legislation. 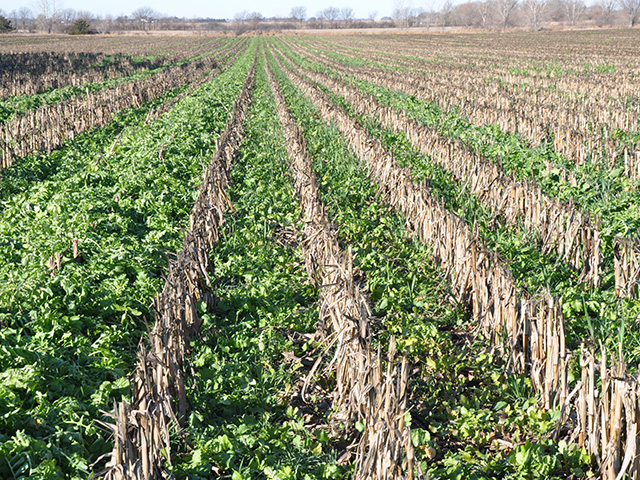