OMAHA (DTN) -- Looking at the next 18 months to two years of global grain and oilseed demand, Archer Daniels Midland Co. executives on Tuesday said they see an environment of heavy demand that will bring more acres into production.

Juan Luciano, ADM's CEO, talked about demand on a quarterly earnings call with analysts. Despite an unprecedented year due to the pandemic, ADM reported fourth-quarter earnings in 2020 of $687 million, up from $504 million for the same quarter a year ago. ADM also announced a 37-cent-per-share quarterly cash dividend.

Among the drivers of growth were global demand for agricultural commodities, especially from China, which pushed higher export volumes and margins. "We expect 2021 to be a very, very strong year with oilseeds and ag services," Luciano said.

Responding to a question on longer-term demand for grains and oilseeds, Luciano said ADM sees "an environment of real demand, real effective demand" going forward because customers do not have a lot of inventory and have been "hand-to-mouth" with buys.

"So, we see this is going to take 18 to 24 months for these supply-demand balances to be rebuilt," Luciano said. "We see these conditions subsisting for the next couple of years, even with farmers ... trying to play more because I think the prices will bring more acres into production. But we need those extra acres right now."

ADM expects China to import about 25 million metric tons of corn (984 million bushels) throughout the 2020-21 marketing year, partially because ADM sees China's inventory as "much lower than the market is reporting," which is reflected in the prices now. Luciano added some Chinese imports are driven by the pork industry's recovery from African swine fever, as well as "professionalization" of the hog industry in the country that has increased the volume of corn in rations, he said. "So, we think we will continue to see multi-year increases in China's appetite for all of these commodities," Luciano said.

While U.S. soybean exports typically slide in the first quarter of the year as Brazilian harvest starts to kick in, Luciano also noted he expects to see an "extended window of exports" for the U.S. because Brazil started planting a little bit late. "So we're starting with good exports for the first quarter, and we expect U.S. record volumes for Q1, and then we expect a very strong season at the end of the year with another strong Q4, so we're very optimistic about it," Luciano said.

Ethanol demand struggled through 2020 with lockdowns that created a challenging environment for the industry. ADM's ethanol segment starts 2021 with weather margins, but company executives pointed to questions about how small-refinery exemptions to the Renewable Fuel Standard will play out as the U.S. Supreme Court will take up a case this year on EPA's actions. The ruling on that case could have a significant impact on demand. Still, pointing to pricing for the EPA's renewable identification numbers (RINs) for RFS compliance, ADM executives expect domestic ethanol demand will be stronger over 2021.

"Particularly in the area of ethanol, we see green shoots of recovery in 2021 for this business here," said Ray Young, ADM's chief financial officer.

ADM executives also expect China to be a bigger player in 2021 ethanol demand. After not buying U.S. ethanol for the past couple of years, China has aggressively returned to the market. Young said it looks like China has already committed in the first half of the year for U.S. ethanol buys of roughly 200 million gallons.

"They have already made commitments to buy U.S. ethanol for the first half of 2021 that would reach all-time highs for sales," Young said.

Asked about why the U.S. could continue taking advantage of ethanol sales to China, Luciano said corn right now is expensive in China, but sugar prices are also expensive. That will change the dynamics of Brazil's sugar-based ethanol production; Brazilian processors will have to decide between producing sugar or ethanol. 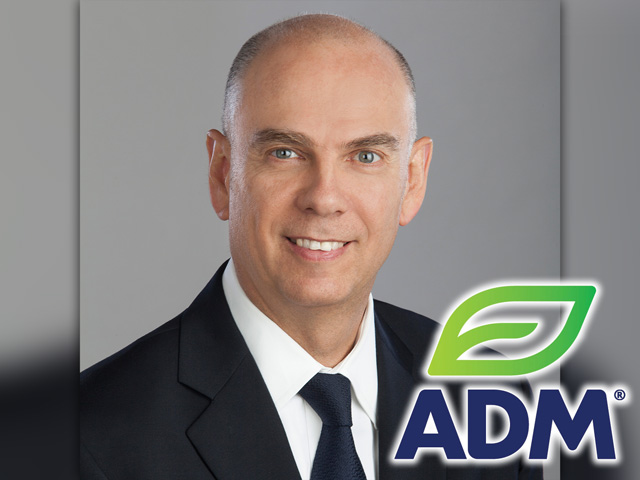