OMAHA (DTN) -- In his inauguration speech Wednesday, President Joe Biden placed a heavy emphasis on unity. But in his early work after the celebratory transfer of power, he began by reversing several agenda items from his predecessor, former President Donald Trump.

Initial executive actions are often like that, as presidents take immediate action that rewards supporters and their policy agendas. Biden entered the White House with a list of 17 immediate executive actions and plans to introduce a new immigration bill in Congress. In some actions likely to draw conservative criticism, Biden signed an order stopping border wall construction and reversing the ban on travel from several mostly Muslim countries.

The new president also signed an order to rejoin the Paris climate agreement, took action to end the Keystone XL pipeline and revoked permits on oil and gas extraction at national monuments. At least some Republicans quickly saw those moves as attacks on energy development in their states.

The conservative group Heritage Action for America said Biden's first actions "immediately reveal his true priority is the agenda of the far left: to remake America. These actions are divisive and destructive -- and there's more to come."

Biden, 78, took over as president as the country has seen 24 million cases of COVID-19 and 402,000 deaths in the past year. He also faces a country so divided that supporters of his predecessor stormed the U.S. Capitol just two weeks ago in a bid to prevent Biden from taking office. Pointing out, "Democracy is fragile" Biden's speech after his swearing-in put a heavy emphasis on words such as "unity," "together" and "healing" as he highlighted some of the economic and social struggles in the country over the past year. Pointing to hard times in the nation's history, "our better angels have always prevailed," Biden said.

"We must end this uncivil war that pits red against blue, rural versus urban, conservative versus liberal," he said. "We can do this if we open our souls instead of hardening our hearts."

Farm organizations on Wednesday largely issued statements extending their congratulations to Biden and Vice President Kamala Harris and declaring they are looking forward to working with the new Biden administration.

Zippy Duvall, president of the American Farm Bureau Federation, noted Harris "as she makes history as the first woman to serve as America's vice president."

Duvall added his perspective that the last several weeks have been difficult for all Americans, but the country is moving forward.

"We were saddened by the violence that threatened a peaceful transfer of power, but what we witnessed today is a hallmark of what has made this country an example for the rest of the world," Duvall said. "We have peacefully ushered in new leaders and with them new appreciation for the resilience of our democracy. Today, we turn the page, learn the lessons, and look to the future with the hope and optimism that are core to who we are as Americans."

Rob Larew, president of the National Farmers Union, pointed to the multiple crises of the lives claimed by the pandemic and economic struggles it has caused, as well as the country "wrestling with deep political and social divisions, high levels of economic equality and a rapidly changing climate."

Larew added, "Tackling just one of these problems -- let alone all of them -- will be no easy feat. However, we are confident that President Biden and Vice President Harris are up to the task; already, they have surrounded themselves with highly qualified and diverse advisers and staff who will help guide them through these thorny issues."

Both Larew and Duvall also stressed some major agricultural challenges that need to be addressed. Larew, in his comments, said, "In addition to these broader issues, the agriculture industry is also coping with its own internal battles: corporate control of the food system, chronic overproduction, an overdependence on exports, crumbling rural infrastructure, and an aging farm population, just to name a handful."

Duvall said some of the needs include "strengthening the farm bill, expanding trade and finding a fair solution to the farm labor shortage. We must extend broad back coverage to ensure rural families, businesses, schools and health-care facilities can compete in today's digital reality."

Turning to the job, Biden came into office with none of his cabinet secretaries ready for confirmation votes. While a few of Biden's nominees received Senate confirmation hearings on Tuesday, the Senate Agriculture Committee has not scheduled a hearing yet for Agriculture Secretary nominee Tom Vilsack. The Senate on Wednesday moved from Republican control to Democratic control even though the Senate is split 50-50, but the change of the vice presidency shifted control.

Among Biden's first actions was to launch a "100 days masking challenge," a call to action that will draw resistance from conservatives, Republican-led states and rural communities. Still, Biden said he would be "asking the American people to do their part -- their patriotic duty -- and mask up for 100 days."

Other coronavirus-related actions included reestablishing the U.S. delegation to the World Trade Organization and better unifying the federal response to the coronavirus. USDA also was among the federal agencies that immediately extended eviction and foreclosure moratoriums for home loans backed by federal guarantees. Student loan payments were also paused until next September.

Biden also began rolling back some of the Trump administration's actions on the environment. Biden signed the order to rejoin the Paris agreement, and also signed an executive order directing all federal agencies to begin reviewing policies during the past four years that affect public health and the environment, including EPA actions making it harder to present beneficial health science when writing regulations.

In a move that could eventually help renewable-fuel policies, Biden's order also directs agencies to revisit vehicle fuel-economy standards that were rolled back in recent years, as well as other fossil-fuel emission standards and methane emission standards.

The new administration also released a list of more than 100 regulatory actions over the past four years that the Biden administration will freeze and reexamine. That included several actions at EPA over everything from emissions to Clean Water Act discharge permits to regulations for pesticides and farmworkers.

The new president's team also sent an immigration bill to Congress that would legalize potentially millions of people now living in the U.S. illegally. Biden's bill would allow undocumented people to apply for temporary status with the ability to receive permanent green-card status after five years if they pass criminal and national security checks and pay their taxes. After another three years, they could apply for citizenship, according to the bill.

Among those who would be able to apply for legal status are hundreds of thousands of people who work on farms. They would gain legal status if they can show they worked in agriculture at least 100 days in four of the last five years.

"Under the Biden bill, farm workers with work histories would immediately get legal status, along with Dreamers and Temporary Protected Status recipients," said Teresa Romero, president of the United Farm Workers. "This bill is fundamentally different than what any other president has ever done in emancipating farm workers so they can escape pervasive fear and behave like free women and men. Not only is its content remarkable, but never before has a U.S. president presented his own comprehensive immigration reform measure on Day One in office. Now we must work to turn this vision into reality."

The bill has special language for visas going to high-skilled workers. The bill does not address some of the major challenges facing U.S. agriculture and the current H-2A visa program. Farm groups have sought for years to make it easier to bring in guest workers and allow them to stay year-round to address labor shortages on livestock farms such as dairy operations.

Allison Crittenden, director of congressional relations for the American Farm Bureau Federation, said it's important that an immigration bill address the legal status of current farmworkers who may be in the country illegally, but the bill also needs to reform the guest-worker program, especially to replace workers who could leave the farms.

"We're still waiting on all of the details as well, and looking forward to see the bill text, but his isn't a complete reform like we would like to see to address the guest-worker piece for agriculture," Crittenden said. 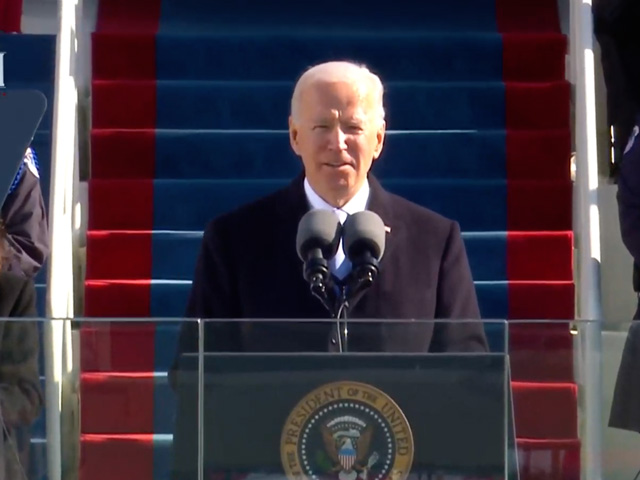