The onset of the new year has been struck with some unfriendly challenges that cattlemen were hoping to be rid of by the end of 2020. However, lo and behold, the cattle business hasn't gotten any easier to see through. In all actuality, seeing through the fire and the smoke that encompass the reality of the cattle market never does get any easier. Unfortunately, there's never a point in time when the market waves its white flag and lays its chips on the table for everyone to see. Thankfully, though, cattlemen aren't ones to give up on a challenge!

Knowing that the market's newly evolving challenges were going to creep into the first full week of the new year, I had a pretty sour attitude during the weekend while trying to pinpoint the market's outcome. Again and again, I kept racking my brain around what would yield the most favorable outcome to producers and backgrounders that were optimistically looking to January or potentially February to sell calves.

And let's not forget our dear friends in the feeding sector that have ambitiously worked to move the cash cattle market higher in the last two weeks; would this jittery market have enough doggish pull to steal away their momentum?

I don't think there could be a truer statement to describe the facts and emotions of the new 2021 cattle market!

There are still strong underlying fundamentals that are ready for the market to scale higher. With excellent boxed beef demand, both domestically and international, packers have strong incentives to keep a swift kill schedule; and, sometime after the first quarter, fed cattle supplies are expected to become lighter. For cow-calf producers, a smaller cow herd will consequently lead to a smaller calf crop, which should help producers regain some leverage.

But just as easily as the market could be "good," there are factors that we need to watch and monitor that could pressure the market to being "bad/poor." The combination of high corn prices and drought makes a cattlemen cringe, as high input costs are always a deadly trap, but after looking at the cattle market's behavior and relationship to the corn sector, a high corn market isn't necessarily something that should be gravely feared.

Though corn prices are on the brink of scaling into the $5 range and feeder's cost of gains are changing as quick as the corn market's prices are, the corn market could spark a positive movement in the cattle contracts. Back in 2014, when corn prices scaled above $5 per bushel in May, the cattle market also saw huge gains throughout both the live and feeder cattle markets. On Jan. 4, 2014, live cattle nationally averaged $137 and by the year's end, for the week of Dec. 27, 2014, live cattle nationally averaged $162 with the year's high being at $172 for the week of Nov. 22, 2014.

It would be a shame not to mention that, in 2014, cow-calf producers had the highest calf prices the market's ever seen. Last week's live cattle trade averaged $111; in order for producers to find any profitability in today's market, live cattle need to be trading upwards of $130, with corn prices as high as they are.

Let me be blatantly clear, I'm not saying that 2021 is going to be as fruitful as what 2014 was for cattlemen, but what I am saying is that a strong corn market has the power to rally the cattle market. High corn prices aren't necessarily a problem, but high corn prices with low cattle prices is a genuine issue. With so many cattle feeders also having stakes in the corn market, we don't wish a weak market on either industry, but instead hope that prosperity and profitability can be found in both sectors. 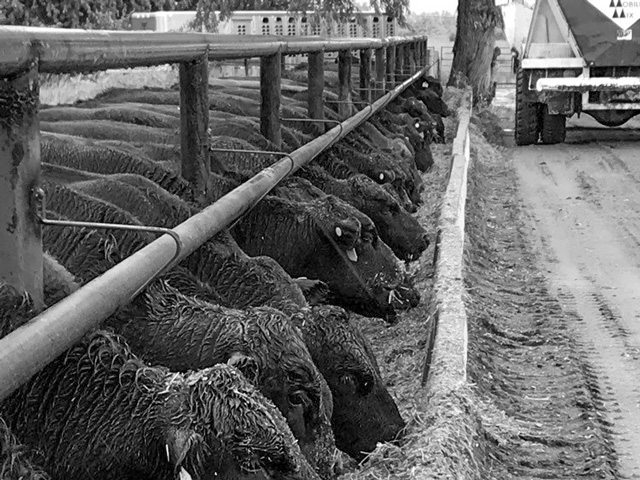