OMAHA (DTN) -- Agricultural groups talking trade policy on Tuesday repeated similar themes for the incoming Biden administration to pursue such as continuing trade talks with China and eliminating its trade tariffs, as well as rejoining a Pacific trade deal and modernizing transportation infrastructure.

The Farmers for Free Trade coalition released a report Tuesday on major trade policies, as did the Nebraska Farm Bureau. Each group offered proposals that fell along the same lines. Agricultural leaders stressed U.S. production relies heavily on the need to expand market access.

Going forward, it's unlikely President-elect Joe Biden will put as much emphasis on aggressive trade actions as President Donald Trump did with tariffs and negotiations. Trump made trade negotiations a daily emphasis, especially with China.

"Regardless of what folks thought about President Trump's actions on trade, one of the positive things he did was bring trade to the forefront in terms of trade policy, back to the front of discussion, for the first time in several decades," said Jordan Dux, director of national affairs for the Nebraska Farm Bureau.

The recommendations also likely will have a sympathetic ear at USDA from Tom Vilsack, nominated to return to his old job as agriculture secretary. Among the sponsors of Farmers for Free Trade is the U.S. Dairy Export Council, where Vilsack has worked as president and CEO since 2017.

A key point in most of the trade-deal plans that farm groups want comes with the need for Congress to extend Trade Promotion Authority, which is set to expire on July 1, 2021. TPA allows the president's team to send trade deals to Congress requiring an up-or-down vote, rather than letting Congress endlessly add amendments to trade deals. Agricultural groups and others are calling on Congress to swiftly extend TPA. If it doesn't happen, then trade talks become even harder to complete.

"It's critical from our standpoint that it gets done right away, because it's no different than if I'm going to go into a dealership and buy a new pickup," said Mark McHargue, president of the Nebraska Farm Bureau. "I would much rather talk to the guy who can actually make that decision when I'm negotiating a sale versus having to go up the chain and back down the chain to negotiate."

Maintaining the Trump administration's Phase One Trade Agreement is critical to assuring China sticks to its commitment to buy, on average, at least $36.6 billion in agricultural and food commodities from the U.S. While soybeans, pork and corn have seen a surge in sales over the last half of the year, other commodities such as dairy have not seen any major boost in sales.

Nebraska Farm Bureau (NFB) and Farmers for Free Trade want a new round of talks for a phase-two deal that would go beyond 2021. Any new talks should also include a removal of the trade tariffs between the two countries but must also come with China complying with World Trade Organization rules and eliminating the theft of intellectual property, including in agriculture.

"Only when these objectives are reached should President-elect Biden begin to remove the tariffs put in place on Chinese goods by President Trump," NFB stated.

Katherine Tai, Biden's nominee for U.S. trade ambassador, will come into the post with a long history of dealing with China. For several years, Tai was the U.S. lawyer who argued cases against China in the World Trade Organization. Tai's most recent position is trade counsel for the House Ways and Means Committee.

"She is a very intelligent, very dedicated, very open," said Jaime Castaneda, a senior vice president of the National Milk Producers Federation. "I hope that we're going to have a very good relationship that we had through many discussions on TPP, T-TIP and many other issues in her new position. I hope that actually we can bring to her our concerns."

When the U.S. left the Pacific trade deal, the remaining countries sought to add clout by more than doubling the name to become the Comprehensive and Progressive Agreement for the Trans-Pacific Partnership (CPTPP). U.S. farmers saw lost potential in other Asian countries. U.S. agriculture "faces trade barriers when attempting to conduct business in the world's fastest-growing region," Farmers for Free Trade noted. The group wants a strategy to get back into the CPTPP and develop other trade agreements in Southeast Asia.

Trade observers are watching to see if the United Kingdom ends talks with the European Union without a trade deal. Such a situation could open doors quickly for U.K. leaders to close a deal with the U.S. Talks between U.S. and U.K. leaders are continuing as well.

With the battle over Trade Promotion Authority, farm groups want to see the Biden administration quickly complete a deal with the U.K.

Castaneda said it could be an important step for U.S. agriculture to open up more trade with the U.K., on the steps of Europe, where agriculture and food remain among the most divisive trade topics.

"For us, it is significant, and it could be a crossing point," Castaneda said. "If you think about it, what could it mean to actually have a good agreement with a former European Union country? So, I strongly encourage the current administration to negotiate as much as they can, and I do think we can have an agreement."

Mary Andringa, chairman of the board for Vermeer Corp., in Pella, Iowa, pointed out a growing percentage of Iowa's bridges are structurally deficient. The American Society of Civil Engineers gives U.S. infrastructure a D-plus grade.

"I don't think any of us should be real happy with a D-plus, and when we go on the roads, we see there's work being done, but there's so much more we need to be done on the roads, the bridges, the rivers -- the locks and dams, rail and, yes, broadband."

Andringa said the National Association of Manufacturers has laid out plans on how to deal with funding. There will likely be public-private partnerships on infrastructure and consideration of use taxes for vehicles.

"I think we need to get both sides of the aisle working together and talking about ways we can improve infrastructure and pay for it," she said.

With the expected announcement of Pete Buttigieg, former mayor of South Bend, Indiana, and former Democratic presidential candidate, as Biden's transportation secretary, the president-elect and his team may shed some light on early infrastructure proposals in the coming days.

The agricultural groups have a far more extensive list of trade points that range from defending generic terms for food names to resetting the World Trade Organization dispute panels to assuring science-based standards for biotech approvals. 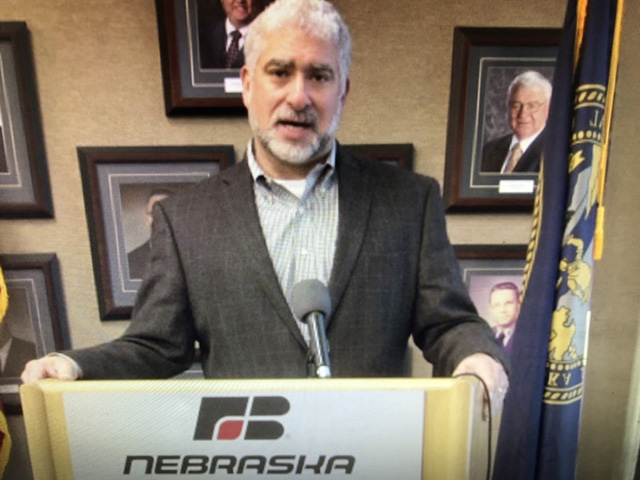