OMAHA (DTN) -- Republicans on the Senate Foreign Relations Committee released a report Wednesday calling for greater ties between the U.S. and Europe to work as a counterweight against China.

The recommendations in the Senate Foreign Relations report run counter to some of the Trump administration's major trade positions, which includes a stand-alone approach when it comes to negotiating with China.

In his opening remarks, Risch said that, for decades, the transatlantic alliance has worked to address challenges ranging from defense to arms control, to trade, to human rights.

"These efforts have been crucial to helping ensure a free and open international system that is defined by free market economic growth, individual freedom, the rule of law, and collective security," Risch said.

Risch called the People's Republic of China, led by the Chinese Communist Party, the "most consequential challenge to these shared interests and values" and said the U.S. and Europe must work together again to prevent China from undermining "the fundamental security and integrity of our democratic societies through malign influence in our media, education systems, international organizations, and even local governments."

"Neither the United States nor Europe will be able to combat these threats alone," Risch said. "Those who suggest that possibility are simply wrong. China is simply too large and too well equipped."

The report looks at several issues related to China's growing global influence, including political and cultural influence, anti-competitive and discriminatory trade practices, technology theft and expansion into emerging technologies and influence and investment into areas such as Africa and other parts of Asia. The report repeatedly stresses the U.S. and Europe must stand together if they are going to tackle how China is fundamentally altering the global economy.

Among the proposals, the Senate report calls for "trilateral" trade talks between the U.S., EU and United Kingdom, which would basically revive the now-suspended Transatlantic Trade and Investment Partnership talks that began under the Obama administration. The report stated that linking the U.S. and Europe on economic and regulatory issues "would present an irresistible force" against China's influence.

While the Senate report touches on several topics in U.S., European and Chinese relations, it does not look at agricultural trade at all. Agriculture is a key part of phase one of the U.S. trade agreement with China, and it is a major sticking point in any talks with the European Union or United Kingdom.

President-elect Joe Biden was asked how he would handle trade in response to the new Asian trade agreement, and he echoed a sentiment similar to the Senate report, saying Monday, "We need to be aligned with other democracies, another 25% or more, so that we can set the rules of the road instead of having China and others dictate outcomes because they are the only game in town."

Yet, the calls to align more with Europe come as U.S. farmers are finally starting to reap the benefits of phase one of the trade agreement signed with China by President Donald Trump. While China appears behind in purchases to meet the $36.5 billion goal under the trade deal for 2020, China has accelerated purchases of U.S. agricultural goods, hitting just under $14 billion through the end of September, according to USDA. Sales have continued to increase for pork, soybeans and other products throughout the fall.

Europe and the U.S. also have their own trade disputes to settle. While senators are seeking stronger ties with Europe, U.S. farm and commodity groups on Wednesday sent a letter to U.S. Trade Representative Robert Lighthizer asking the Trump administration to negotiate trade issues with Europe to get the European Union to remove retaliatory tariffs against U.S. food and agricultural exports.

The EU tariffs stem from a battle over the U.S. and Europe regarding disputes involving Boeing in the U.S. and Airbus in Europe. The World Trade Organization, in separate cases, allowed the U.S. to impose tariffs on Europe last year tied to subsidies for Airbus, while the WTO also then came back this year and allowed Europe to place tariffs on U.S. products related to subsidies tied to Boeing.

"That really needs to be resolved," Risch told the Wall Street Journal, regarding the aircraft dispute. "While Europe and the U.S. are pushing and shoving on the dance floor, the Chinese and the Russians are watching from the buffet table and being entertained."

Distilled spirits have been hit hard by European tariffs in recent years. The EU put a 25% tariff on U.S. whiskey products in June 2018, cutting exports to Europe 41% since then. The new tariffs affect rum, vodka and brandy. The Distilled Spirits Council of the U.S. helped lead the letter to Lighthizer.

"The escalation of tariffs on the EU and U.S. spirits industry is compounding the severe economic crisis distilleries, restaurants and bars are facing as a result of COVID-19," said Robert Maron, vice president of international trade for the Distilled Spirits Council. "We need the U.S. and EU to get back to the negotiating table to immediately eliminate these tariffs to help protect hospitality jobs on both sides of the Atlantic."

Twenty-one groups involved in several different commodities signed on to the letter to Lighthizer, which also was led by Farmers for Free Trade. The group pointed out the 25% tariffs from 2018 also could increase to 50% in June 2021 for certain products. The farm groups pointed out the impact of COVID-19, disruptions to trade and weather-related issues have all affected farmers this year.

"For these reasons, we strongly urge the U.S. and EU to deepen trade discussions in order to bring about WTO compliance and therefore allow for the removal of tariffs to help unlock the opportunity for other producers to successfully access the European market," the groups wrote.

The Senate Foreign Relations Committee report can be found at https://www.foreign.senate.gov/…. 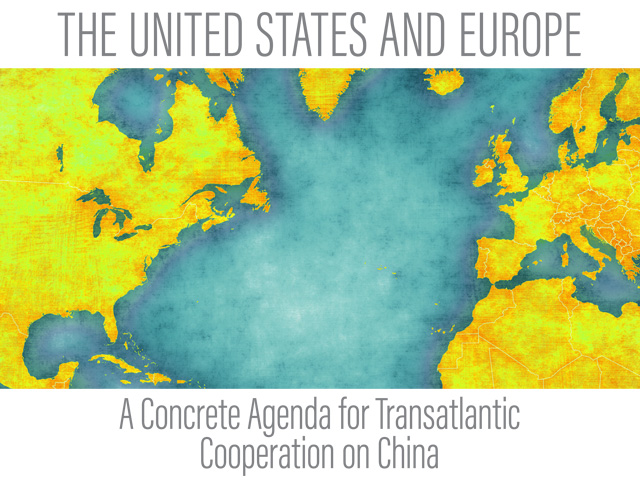