OMAHA (DTN) -- A group of farm organizations on Tuesday announced a set of proposals for how agriculture should tackle climate change, as they expect to see more aggressive measures taken to lower greenhouse gas emissions under the incoming president.

While major climate action could be slowed by a Republican-led Senate, President-elect Joe Biden made climate change a centerpiece in his campaign strategy and economic plan. Biden's campaign plan called for "de-carbonizing the food and agricultural sector and leveraging agriculture to remove carbon dioxide from the air and store in the ground." Biden's plan proposes the U.S. economy achieve "net-zero emissions" by 2050.

When groups started meeting last February, the proposals were not driven by the prospect of a change in presidential administration, but instead by a recognition that more pressure is being placed on agriculture and the food sector to both reduce emissions and focus on adaptation strategies.

"It was not politically driven, but it was driven by the fact that I think those of us who got together just believe that the world is a changing place, whether it's retailers, consumers, buyers, politicians -- everyone is working and believing that we need to do something to highlight the climate issues that are out there, and agriculture is clearly part of that space," said Chuck Conner, president and CEO of the National Council of Farmer Cooperatives and a former deputy agriculture secretary.

Conner added that leaders in agriculture needed to offer some climate solutions rather than allow everyone else to make policy decisions that would affect farmers and livestock producers. Increasingly, it's become more important for agricultural groups to be at the table with environmental organizations, as well, which is why leaders from groups such as the Environmental Defense Fund (EDF) were included early on.

"With all of our environmental goals that we're trying to reach in tackling climate change, it just makes sense to come together with folks who are on the ground, doing the work on farms and figuring out ways that we can reach our common goals, which are good environmental outcomes and profitability," said Callie Eideberg, director of government relations for EDF. "That's what we're really trying to accomplish here."

Companies across the agricultural and food sectors are already moving forward with plans to lower their carbon footprints across their supplies despite not having any firm federal policy or standards in place. Almost daily, there is a new carbon-credit plan rolled out in the agricultural space while companies tout their emission goals. On Monday, Kellogg Company noted it was again ranked among the most "sustainable" food and agricultural companies by Dow Jones and had exceeded its 2020 emission reduction goals by 28%. BASF on Monday also committed, by 2030, to "help farmers achieve a 30% reduction in (carbon dioxide) emissions per ton of crop produced."

Brent Sohngen, an agricultural economist at Ohio State University, highlighted in a policy outlook conference last week that farmers over time will find themselves reporting their net carbon emissions too as companies try to achieve these carbon-neutral goals.

"As part of a global supply chain, farmers are increasingly going to be asked to measure their net carbon emissions and to report it," Sohngen said. He added, "In addition to the sort of supply chain stuff, I think there's a lot of opportunities for farmers to profit from lower emissions, and we see voluntary markets starting to emerge."

For a handful of farmers right now, their long-term conservation practices are starting to provide some carbon-market benefits. Kelly Garrett, a farmer in western Iowa, sold 5,000 carbon credits through the Nori carbon market to the online company Shopify that resulted in a $75,000 check. Garrett told DTN the process required him to validate his farming practices for the past decade, and then he was allowed to sell credits for carbon stored on his farm over the past five years.

"It took about four months from beginning to end for them to audit what we were doing on the farm," Garrett said. "But being the first guy, being the guinea pig, there were a few things, a few bugs that needed to be worked out."

Garrett, who is 100% no-till, uses a biological product on his soil to help build carbon, as well as grazing cattle and using drip irrigation on his corn crop. Garrett said his payment for the carbon credits has drawn a lot of interest from other farmers since it was first announced.

FACA proposes some key principles that any program for agriculture should be voluntary and provide a market incentive as the best option moving forward. Whatever programs are developed for farmers, ranchers and landowners also need to provide science-based outcomes as a result. Finally, solutions for agriculture should promote growth and resiliency in rural areas of the country as well.

Members of the alliance on Monday briefed members of the House and Senate Agriculture Committees about their recommendations.

Together, FACA members developed more than 40 recommendations based on three principles: agricultural and forestry climate policies must be built upon voluntary, incentive-based programs and market-driven opportunities; they must promote resilience and adaptation in rural communities; and they must be science-based. These recommendations share an overarching goal to do no harm. Climate policies will affect farmers, forest owners, ranchers, rural and limited-resources communities, wildlife and natural resources and must be thoughtfully crafted to account for any potential inequities, consequences and tradeoffs.

The Biden transition team is working on the various ways federal agencies will address climate change even without potential congressional action. The plan relies on a report called the Climate 21 Project. That report detailed several ways USDA could be engaged in reducing greenhouse gas emissions. Among the proposals is setting up a "carbon bank" using Commodity Credit Corp. funds that would promote and "finance large-scale investments in climate-smart land-management practices" and use the farm bill, especially its conservation programs. The Biden campaign highlighted using the Conservation Stewardship Program (CSP) in a similar capacity as well.

Robert Bonnie, former USDA undersecretary for natural resources and environment during President Barack Obama's second term was a lead author on the Climate 21 Project chapter on USDA, and he is the Biden transition team lead for USDA as well.

Some of the alliance's recommendations mesh directly with the Climate 21 Project. The alliance supports a carbon bank using the CCC, as well as tax credits for carbon sequestration and one-time payments to early adopters. The alliance also proposes more funding for the Natural Resources Conservation Service to focus on greenhouse gas mitigation and adaptation, as well as providing more technical assistance.

Members of the alliance also support the Growing Climate Solutions Act, a bipartisan bill in both the Senate and the House that would establish USDA certification for a carbon credits program and provide technical assistance to farmers wanting to participate in those carbon markets.

For livestock, the alliance also proposed more technical assistance for conservation practices and create NRCS practices that focus on nutrient management. Other proposals encourage more incentives for methane digesters and expanding the Rural Energy for America Program (REAP) to include cooperatives. FDA should also expedite approval of feed additives and provide a regulatory pathway for animal biotechnology approval.

Recommendations also include more research and development of on-farm renewable energy production and expansion of bio-based programs at USDA. Regarding the Renewable Fuel Standard, the alliance calls for updating the greenhouse gas lifecycle analysis under the RFS to consider improvements in farm practices. EPA also should streamline its pathway approval process for biofuel feedstocks. USDA renewable energy infrastructure programs should also be built into law with mandatory funding.

More efforts should also be placed on reducing food waste, as well, including more collaboration between federal agencies and both public and private promotions focused on food donations and reducing waste, the alliance recommended. 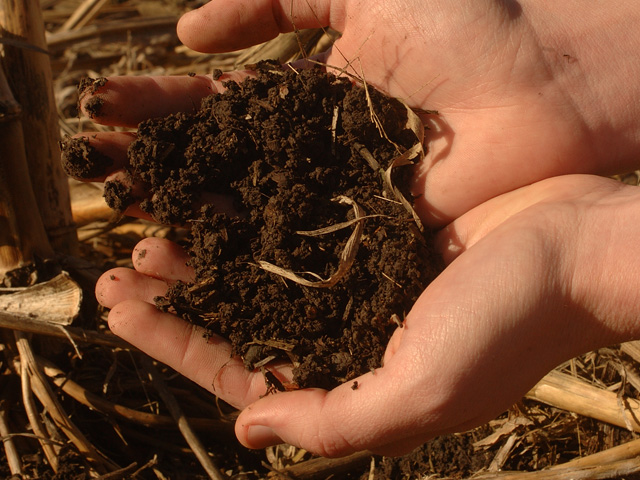