OMAHA (DTN) -- Recapping USDA supply and demand numbers for soybeans, the U.S. Soybean Export Council on Wednesday further broke down the outlook for a tight U.S. soybean supply that likely will lead to higher exports than USDA's forecast and even higher soybean imports late in the marketing year to meet global crush demand.

Officially, China has 27 million metric tons (mmt) (992 million bushels) of purchases on the books with USDA; that is probably closer to 31 mmt (1.138 billion bushels) once the "unknown" sales going to China are added in, Mittelstaedt said. The widespread speculation is China will import close to a record amount of U.S. soybeans, which would top 36.1 mmt (1.326 bb).

"We feel that China needs to buy or will probably buy another 5 to 6 million tons of U.S. soybeans when all is said and done prior to the ramp up of South American supplies becoming available in February or March forward," Mittelstaedt said.

With that in mind, looking at USDA's export forecast of 2.2 bb -- which did not change in the November WASDE -- the U.S. is already at 80% of prediction. Soybean sales only need to hit about 500 mb for the rest of the marketing year to hit USDA's projection.

Yet, looking at the past four to five years, the U.S. will sell anywhere from 850 mb to 1 bb from November to August. Mittelstaedt said he thinks there's room in the ledger to see USDA eventually increase projected exports another 50 mb or more.

FOCUS ON THE DEMAND SIDE

"Obviously, we're in a situation here where the focus is heavily, heavily on the demand side of the balance sheet," Mittelstaedt said.

Prices increasing to $11 or $12 per bushel might not affect demand potential as China continues to increase its soy reserves and works to meet phase-one trade deal obligations, Mittelstaedt said. "There is easily the potential for China to continue to buy, even at those price levels."

Trimming the U.S. crop 98 mb, to 4.17 bb, puts an even greater onus on the performance of crops in Brazil and Argentina, Mittelstaedt said. Markets will quickly turn attention to South American weather.

"We're in a new scenario here where we haven't been in four or five years and it's really that global buyers are starting to be very aware of what could happen if there's a South American crop problem, because it's potentially dramatic," he said.

USDA on Tuesday lowered Argentina's soybean production 2.5 mmt to 51 mmt (1.87 bb) because of record dry conditions there. While it is early in the Argentine season, Mittelstaedt said the situation with the crop there is "getting downplayed a little bit."

The forecast in Brazil is for a record crop of 133 mmt (4.89 bb) and USDA did not make major changes in that production forecast or export outlook, which is pegged at 85 mmt (3.12 bb).

With the vast majority of the Argentine crop being crushed, even a modest decline in production is "going to shift global crush demand to wherever it can and we all know that there's a potential for that to shift to the U.S.," Mittelstaedt said. He added, "With the balance sheet already at 190 mb in ending stocks, there's not a whole lot of room there."

Any additional crush going to the U.S. would put soybean stocks into a historically tight scenario. Mittelstaedt noted USDA has forecast soybean ending stocks below 200 mb in seven years since 2000. Only once did USDA later revise the number upward -- a 15 mb bump.

"The fact that we're down here at 190 mb, we're not going to be finding too many more bushels," he said.

The tight balance sheet also leaves open the possibility U.S. soybean imports could go above the projected 15 mb as crushers look for supplies later in the year. Mittelstaedt noted imports moved above 70 mb in the 2013-14 marketing year.

"By all means, if we get into a scenario here where exports play out over the next four to five months as we think they are going to, and crush margins remain strong, particularly if Argentina has problems with some of that additional crush demand shifting to the U.S., there's no doubt in my mind we'll see a decent amount and possibly historically high amount of bean imports moving into the U.S. like we saw in 2013-14," he said.

With expectations that bean exports will increase and crush could rise, Mittelstaedt said the market needs to prepare for ending stocks moving further down towards 150 mb or possibly even a little bit less.

"And that's going to continue to support the market significantly," he said. "Really, the focus here is going to very quickly, very strongly shift to South American weather and we're going to be a full-blown weather market here regarding the South American situation in pretty rapid fashion." 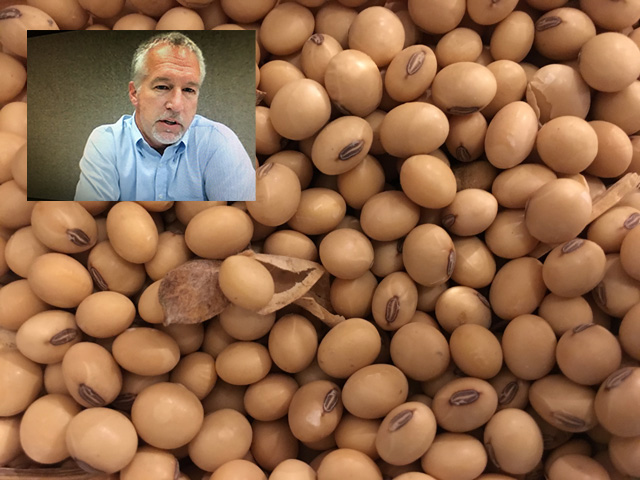